She’s Up All Night To Get Lucky Lane

Playing the slots. Slapping down cards. Scratching a lotto ticket. Games of chance are popular worldwide because of the sense of excitement at possibly winning it big, no matter what your preferred game may be.

Most of it, however, is pretty solitary. It’s just you and that scratch ticket, you and the roulette wheel, you and the slot machine. While some people may prefer to play solo, for those of you who love games of risk but want to keep it social (and not lose any real money – at least not yet), there’s Lucky Lane social casino games. 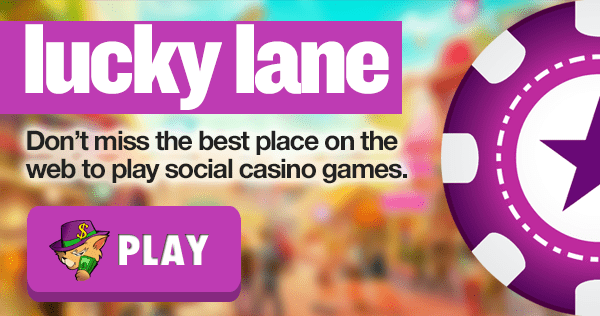 The big advantage of playing online?

You can go anywhere you want in time and space. Lucky Lane has taken advantage of that fact by creating five games that are set in some very exotic times and locales. If the Roaring 20s is your thing, check out Boardwalk Blackjack, which brings you back to 1920s Atlantic City. Shanghai Secrets is set in (you guessed it!) Shanghai in the 1930s and Rio Slots brings you over to Brazil.

Each of the multiplayer games is also appropriate to the time and place, complete with music and graphics, so you can get a feel of the context you’re playing in. Also, not all of the games take place in the past: if you’re more interested in modern day settings, be sure to pop into The Baccarat Yacht, which takes place on a yacht in modern day Monaco. 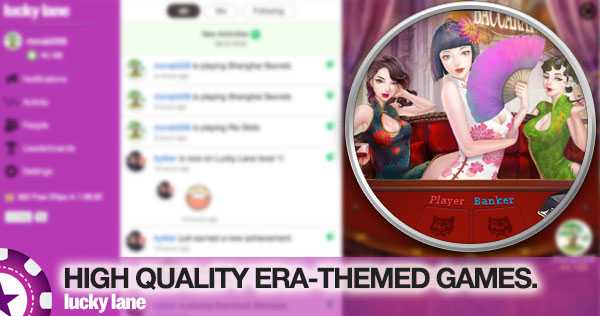 Unlike other online casino sites, Lucky Lane has its own social network built right into the site. If you want to comment on someone else’s game or express an emotion while you’re playing, Lucky Lane has cute little stickers that you can pick from.

You can even track the progress of other players on the site and if someone else had a particularly good play, send them a high five! 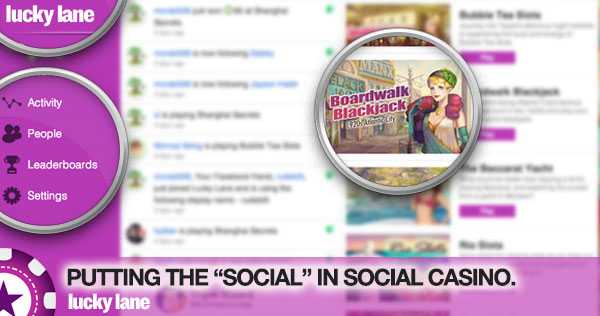 Get started for free!

To celebrate their beta launch, Lucky Lane is offering 7,500 free chips to new members who sign up now. That means you can jump right into the game, laying down bets and tracking what your fellow gamers are up to.

The team behind it all…

Is The Manx Entertainment Group. Located in Taipei City, Taiwan. Manx is a group of developers, game designers, and engineers from the US and Asia. Founder Scott Lambert has been working in online business since 1996 and in the casino industry since 2009. 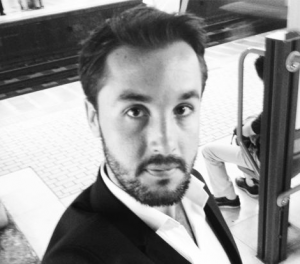 Lucky Lane is his most recent project, created with an eye on jumping on board the $35 billion dollar online gambling industry by eventually becoming a licensed real-money online casino.

If you’re interested in the social side of gambling, why not head on over to their site and get started with those free chips today?