Keith Murphy, Deja Vu USA Founder And CEO, Shows Us How To Hustle Like A New Yorker

KillerStartups > Startup Spotlight > Keith Murphy, Deja Vu USA Founder And CEO, Shows Us How To Hustle Like A New Yorker

Let me tell you, you are in for a great one today!

A little over one year ago, Keith Murphy hatched the idea for a free app called Deja Vu USA. So Deja Vu USA is an application that makes your mobile social by bridging the gap in local search, combining check-ins from your Facebook friends with deal sites like Groupon and Living Social, and including consumer reviews for all locations provided by Yelp. In local search, the Deja Vu app is able to show you if your friends have been to any of the places around you and see if there are any deals. Using Facebook data, the app also provides the user with the ability to see where their friends have previously checked-in and get personal reviews for those locations. That alone is a perfect feature! 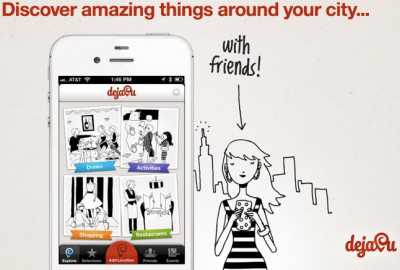 Keith and Vincent Palmieri, a long time friend and now co-founder, have put together a really solid team. The person behind giving the Deja Vu app the “cool funky” vibe of Mad Men combined with cartoons out of The New Yorker, is Alli Arnold,  a personal friend who Keith has known since he was 5 years old. Last but not least, Keith and Vincent have put together a stellar development team that has created hits for the iPad like Sticky Notes. As if that was not enough, they have Matt Roy out of Montreal, a mad hacker who has had three EA games of the week.

The Founder & CEO Keith Murphy, has 18 years of experience working in Media Sales, Media Research and Public Relations. His expertise includes the ability to take a single idea and turn it into social media bridging platform on three continents, within nine months. Working with global brands such as Ford, L’Oreal, Starwood Hotels, NBA and Panasonic, he’s built a skill set of project management, P&L responsibility within a start-up atmosphere, team building and forming strategic and multinational partnerships. Keith is working full time at Déjà vu. He earned his Bachelor of Arts from  St. John’s University. 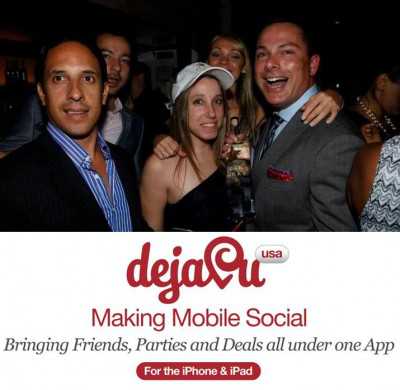 Keith has made many connections throughout the years, and has learned not to burn bridges. These connections have ultimate paid huge dividends in building and growing DeJa Vu USA. Keith’s energy is infectious, and I assure you that will not be bored with this interview!

Ok, now strap in for a ride with the New York hustler Keith Murphy, and learn how you can leverage your very own connections today that will produce great growth for your brand or product.

Keith Murphy, Deja Vu USA Founder and CEO, Shows Us How to Hustle in New York from Tech Hustlers on Vimeo.

Syndicated with permission from Tech Hustlers. Check out more video interviews with successful entrepreneurs at TechHustlers.com.