From Around The Globe To Around The Block: An Interview With Jay Lee The Founder Of SmallKnot

KillerStartups > Startup Spotlight > From Around The Globe To Around The Block: An Interview With Jay Lee The Founder Of SmallKnot

In the world of startups innovation can often become a hollow buzzword. With technology advancing at a speed only rivaled by the industrial revolution, many in the industry are looking to change not only the the technology that runs the system that we live by but the system itself. I sat down with Jay Lee the founder of SmallKnot, and I can firmly say that he is one of these people. Beginning his career as an activist in India, Jay went on to work for a law firm mere months after the collapse of Lehman Brothers.

Tasked with moving billions of dollars around the globe with the click of a button Jay began to question why it was so easy to to move money across the globe and so hard to move it across the street. Could crowdfunding be localized? Faced with these questions many would simply chalk it up to the nature of the world, but Jay shifted into gear. 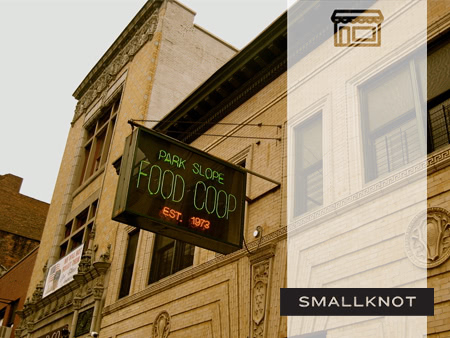 Activism Near and Far

His time in India had planted the activism seed.

“It was sort of a weird disconnect in my life, I was really forced to look at and take action on issues in this other country. That planted the seed of me wanting to do something, but the idea was essentially formless. I knew I wanted to do something to help my people and my community.” 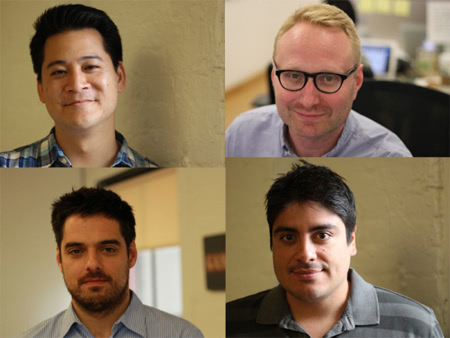 “I started seeing all these local businesses closing across my neighborhood and the country and I really started to wonder if there was a connection between the two. I guess the insight for us was why does it take no work to move money a million miles away and it was almost impossible to move money down the block. It seemed crazy to us. So we set out to set up a new rail to move money.”

A Series of Very Fortunate Events

It’s a tale that seems to follow startups wherever they go. A series of seemingly disconnected events, time in india, an interest in macroeconomics, and world on the brink of something new. The right guys and the right time. Synchronicity is a powerful thing, and it often leads to epiphany.

“My co-founder and I had this Flash. Where all of the separate threads came together. It feels like everything we had been doing led to SmallKnot.”

SmallKnot’s model is a beautifully simple one. Capitalizing on the Crowdfunding phenomenon they set it into a local platform. Allowing successful businesses to get the funding they needed for little things that would make a huge difference. Things that might be too big to put on a credit card and too small to take out a loan.

Not a Reward but a Return

Each campaign is paid back in returns. Similar to the barter system different tiers of investment garner different turns. Jay is quick to point out that these are not “rewards’ you always get back more than you invested in the form of an experience or a product. 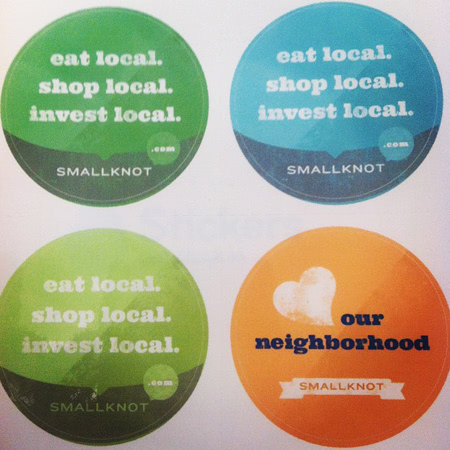 “We don’t like to call them rewards, it’s an investment return. They are supplying capital that a business needs to help them grow in some way. The Returns are Repayments. If you put in 100 bucks you get 120 back. These business owners have a wide array of talents. they can give a cooking classes…it gives them a new way to give back and the people who goes to those places. It’s important that the people on both ends see what this is. It’s not a charity. It’s a new way to raise capital that markets are too broken to provide. We’re not trying to build a charity. We’re trying to bring them capital that they would get if the market functioned the way it should be.”

The Shop Around The Corner

Jay told me the story of one of their first successful campaigns. A small coffee shop in Brooklyn, NY that had a beautiful front window. The only problem? The midday direct sunlight was so intense that the entire shop would heat up, and nobody could sit in the window to work, and more importantly to people watch, an avid pastime of many Brooklynites.  SmallKnot help them raise 4.5 thousand dollars to put in an awning that allows people to sit in comfort. In exchange the shop gave coffee roasting classes, a private dinner, and other returns. Jay tells me that this is the best reward. Getting small local businesses the little things they need to improve their commerce and benefit the community.

“The small things are what really impact a business and the community. That’s what we’re here for.” 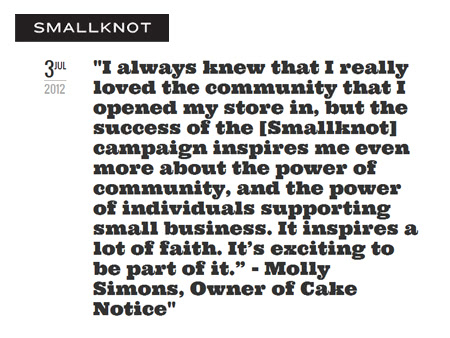 SmallKnot has now expanded beyond New York and into Greenville, South Carolina. The idea that if one doesn’t have the cash to get what they need, but has time or a talent to offer is on old one.  But it’s one that we can easily forget in this world of money with a click or a swipe. SmallKnot reminds us that there are other ways to help, and to reach out.