The Startup Sit Down: Richard Szkiler Founder Of The View South – On Bringing Adventure Travel To Life With Video

KillerStartups > Startup Spotlight > The Startup Sit Down: Richard Szkiler Founder Of The View South – On Bringing Adventure Travel To Life With Video

When I first watched one of Richard Szkiler’s videos, the first thing I thought was, “Wow, this kid is modest!” You see, I’ve known Rich for several months and he’s only casually mentioned his company The View South and his role as cinematographer.

The truth is, The View South produces gorgeous videos for adventure travel companies in South America and Richard is a seriously talented guy. I was intrigued to find out more about this young entrepreneur’s journey from film school student in Northern England to starting up on his own in South America. 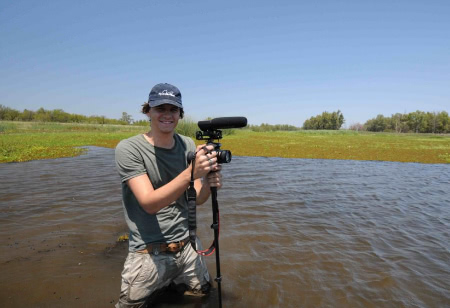 When I sat down with Richard to talk startup inspiration, I got tales of glacier climbing, snoring sailors and Caribbean dreams…all over a delicious old-fashioned. This, my friend, is my kind of interview.

Hi Richard, thanks for taking the time to share your story with us. Our readers are looking forward to being inspired!

Let’s start off with your background. Where are you coming from?

So, I’m originally from Yorkshire, England. I studied Film, Television and Production at York St. John. My first job after university was in Sierra Leon. It was a project to get big investors to invest in public transport, hospitals, infrastructure, etc.

The film was a success; I was only 19 at the time so it was quite a daunting thing. I always had a passion for travel, but the project in Sierra Leon really ignited my desire to travel to other places. The opportunity to come to Argentina arose, and I ended up getting a job at the well-known Argentine digital agency 451. The company was founded by Ernesto Rinaldi, the former designer for Apple, so it’s a pretty renowned agency; I was making videos for clients like Visa and Mercedes-Benz.

How was it working so closely with Ernesto Rinaldi? What were you able to learn from him?

So Ernesto actually drew the designs for OS X and Final Cut Pro, which is what I edit on. Weirdly, he had never actually seen anyone edit on Final Cut Pro until he saw me doing it, so that was pretty cool.

Would you consider him your mentor?

In some aspects, yes. I would say I’ve had three main mentors. First, I’ve got to include my Dad in there for teaching me about business. Ernesto, for giving me the idea of design and company branding—I really got a lot of influence from him for that. 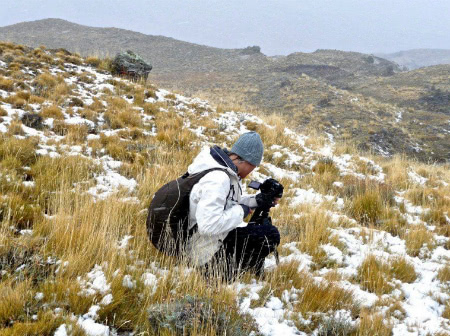 And, another good friend of mine, Pablo Gomez, who is probably one of the best camera operators in Argentina. Knowing his insight on film and how to frame shots has been really important.

I’m like a sponge and try to absorb everything I can from these mentors.

So, The View South started in 2011. How many projects have you done since?

That’s pretty impressive for less than two years. Is there any particular project you’ve really enjoyed?

To date, I have two favorites:

One would be the BlueGreen project in Chile. We rode with gauchos, and went out on kayaks to shoot glaciers. These weren’t just any glaciers, these were inaccessible and it really felt like the wild. It’s one of the most beautiful parts of the world and it was a real pleasure work on that project.

We were down there for ten days, and the client actually put us in a different hotel every night to get the full experience of the area.

OK, and your second favorite project?

The second is a recent one I did up in Salta, which has become my favorite part of Argentina. It was incredible—it was for a fishing and a hunting lodge.

Do you have a particular moment that stands out as really memorable?

Actually, one of the most daunting tasks was when we filmed on the glacier in Chile. To get in the frame of mind of how difficult it was to get where we were, we were on this tiny dinghy in really rough rivers and it literally never stopped raining. We were on the boat for about 12 hours, and by the time we got to the glacier it was still raining and pitch black. There was no way we were climbing the glacier so we all had to sleep in the boat that night until the next day. We couldn’t really even lie down, we had to move our equipment to the outside of the boat and put down our coats or whatever padding we could find. We were with a sailor; you can imagine the snoring that was happening. 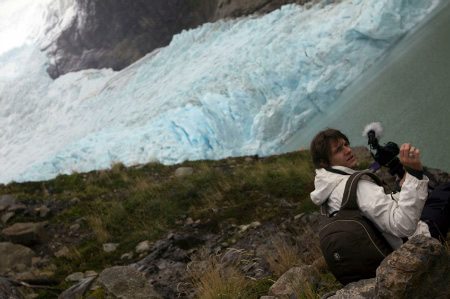 The next morning we get to the glacier with all our hiking gear and film gear. I’ve climbed before, but never iced climbed. So, it was a crash course with my spike boots on, soaking wet, but we did it. It was dramatic, but it was awesome.

Sierra Leon was also an incredible experience, especially because I was so young.  What surprised me was that these are people that literally have nothing—kids are kicking around a deflated football in the dust— and they are just so happy and eager to learn.

I love the name The View South, I think it’s really perfect. How in the world was that domain available?

So the name comes from View as in when you watch television or a video, and South because of South America. Originally I wanted View South, without “The” but someone already had it and they wanted $10,000 for it. I basically said, uh, no. And I remembered with Facebook that it was originally called “The” Facebook, and then when I thought about it, The View South made more sense. So, I checked it out and it was available for like $15. So we got it. 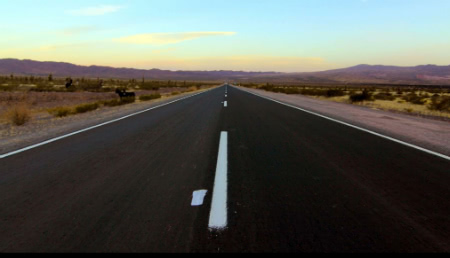 I do have to give credit to a friend of mine, Sean Quinn, because I was bouncing ideas back and forth with him and we came up with The View South.

What’s the best part of being an entrepreneur?

Making your own schedule is really nice. And, where you get to go in the world and the people you meet. I also like that you’re in complete control of your clientèle and how they are treated.

That’s actually a really great point. You don’t have to worry about upper management treating clients poorly and you having to do damage control.

Exactly. There are no outside influences; you can choose your clients and manage how everything is run.

And, what’s the most challenging part of being an entrepreneur?

The most challenging part, really, is switching off. Even when I’m out with friends I’m always talking about it. It’s because I don’t see it as work, I see it as my life and passion. 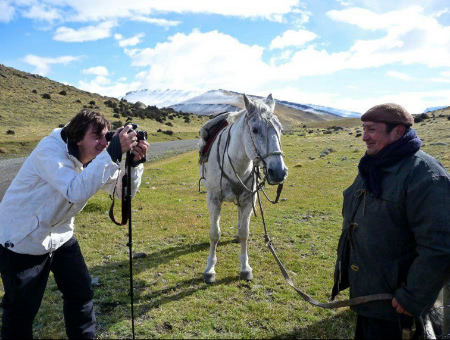 Why do you think video is such an important mode of communication for companies now?

Well, for example, if you type in Machu Picchu or Iguazu you can find some really beautiful photos, but in terms of video there’s not much out there. It’s a really great way to showcase places around the world, even for people that don’t travel. You can share the videos on Facebook, put it on full screen and have that time to chill out and enjoy it.

I’ve written a few articles about the trend of demo videos for startups and I agree, photos and text are not enough anymore.

Right. Everyone in the world can understand a video, even if they can’t read or write. And with travel, a video makes learning about a place nice and simple.

So, I know you’re a young company and you’re really starting to get traction down in South America, but are there other parts of the world you plan or dream of working in?

There are several. I would like to move into Central America and the Caribbean.  My dream would be to have a second office somewhere like the British Virgin Islands and do work for hotels and yachts. I’d also like to start doing underwater shoots. So, hopefully that’ll be the next stage. 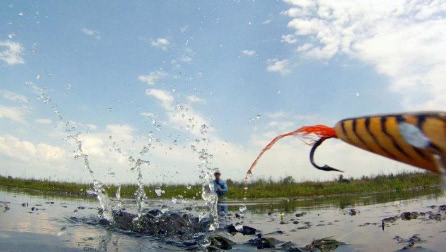 What is your music-streaming site of choice and what’s playing?

I’m kind of stuck in the past. I really like old tracks like The Beatles…obviously being a Northern Englishman. The Who, Stereophonics—I’m a massive fan. And soul like Bill Withers. Newer music, eh.

Oh right, Arctic Monkeys are good. Actually, they used to play in my hometown before they were big, in a place called Fibbers, and no one knew them. But then they became massive.

This is one of the hardest questions actually; I’ve got several people popping into my head.

Let’s see, Bill Shankly, the manager for Liverpool Football in the 60s who basically made the team what they are today. An incredible character—that man could motivate anybody.  Winston Churchill would be there. Steve Jobs as well. I’ve got to throw a comedian in there—Karl Pilkington. I think he’s the funniest man alive, so does Ricky Gervais. 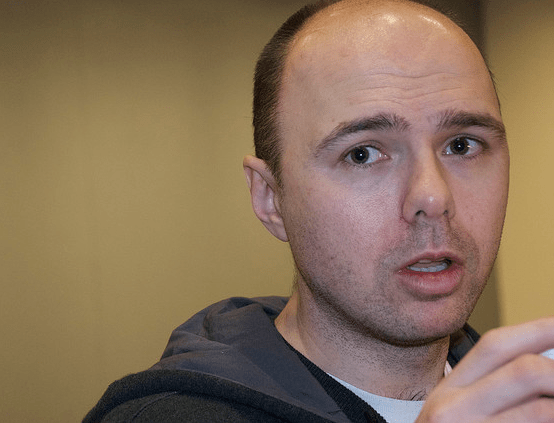 I would get delivery. Probably raviolis.

Any parting words of advice for our budding entrepreneurs out there?

When you’re trying to set-up a business or follow a dream or passion, you will always find people who want to bring you down. Those are people that don’t have their own drive or motive. But those who dream do.

So go for it, keep at it and you’ll reap the rewards in the end. 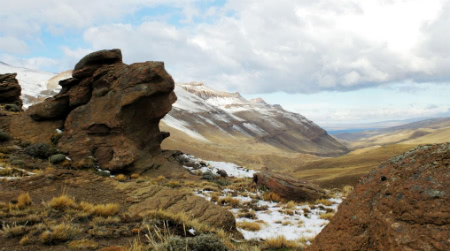 Thanks, Richard! It’s hard to think of a cooler job than yours. Like I’ve mentioned (every time I see you) if you need any travel blogging, website writing or an on-location cheerleader, I’m your girl.

And if you’re a travel company looking to liven up your adventures with video, check out The View South. I promise you’ll be inspired!