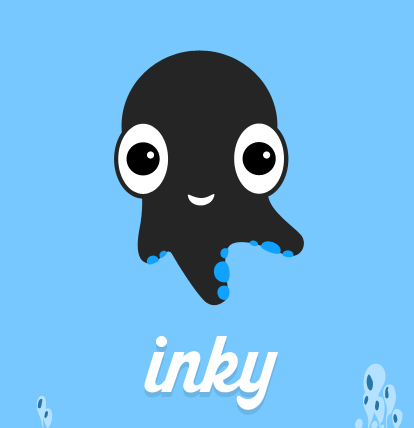 A lot of companies and apps have tried to improve email, and while there is undoubtedly room for improvement most of these changes have come off more as reinventing the wheel than actually coming out with something that can streamline our inboxes. Inky has carved out a name for itself with its free, cloud based email client for desktops (on both Mac and Windows).

The key to Inky’s model is that by operating on the cloud, it only has to store users’ personal settings and doesn’t get bogged down itself by the deluge of emails flowing into individual inboxes. Approaching email like this has empowered Inky to live up to CEO Dave Baggett’s goal of having “Inky represents a fresh take on email.”

The platform is based on customization options which is clear in the way that settings and customization stay synced regardless of where email is be accessed. Filtering email sounds good in theory, but usually elicits at least a little bit of fear in people that an email is going to get overlooked because of an overreaching and inaccurate filter. Instead of filtering emails out, Inky gets 5 stars for being able to short email by what would be relevant for users (not just eliminating junk). 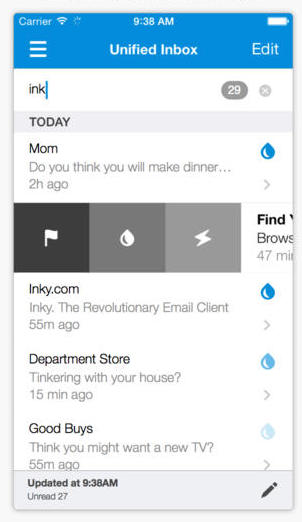 Relevancy is determined by some badass algorithms and ranks incoming emails by significance and categories based on a mix of user input and the numbers crunched from other data sources.

They did a great job carrying over the look and functions users got attached to on their desktop application onto their mobile apps. Users still get to have their emails sorted into tabs (think Gmail but better) so inboxes are kept free from sales deals and notifications from social media sites. Putting a tab between you and distraction could be an effective time management strategy – just saying. 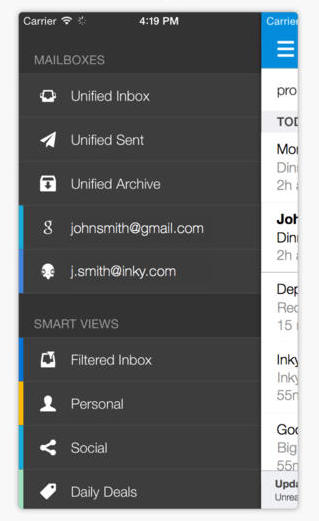 Inky goes beyond slapping lipstick on a standard mail app and marketing it as something new. It introduces real functionalities that make email work better for the people using it. It also does without compromising security. Inky’s mobile app operates entirely on users’ mobile devices, which really makes it stand out from other platforms which make it easier for hackers and the government to get ahold of user data.

The app is free and currently only available on iOS. Good news is that an Android version is being worked on, the bad news is that there are plans to make Inky self-sustainable (read: not free) so I’d say get while the getting is good on this one.