Nostalgia is hot these days. Between the multiple Throwback Thursday pics and the pesky procrastination inducing posts on 90’s Nickelodeon TV shows that end up on my newsfeed – I got to thinking about LiveJournal. More specifically I have been reminiscing on all the hormone driven thrills and crushing blows that were cataloged into HTML and safely stored for my reminiscing pleasure.

Journaling has always been a thing. LiveJournal was a cool new take on journaling back in the day, but (contrary to popular belief) journal keeping is anything but a static process.

Heyday app CEO and founder Siqi Chen wanted to approach journaling in a more “holistic” way with the app he developed. This holistic approach has translated into an app that converts photos and data on an iPhone into a journal – all on it’s own. Most people would like to have some sort of journal to track the cooler and funner moments in their lives. The problem is that most of us don’t have a ton of free time to spend journaling or scrapbooking (for the record I am an ally of the scrapbooking community so please no hate mail). 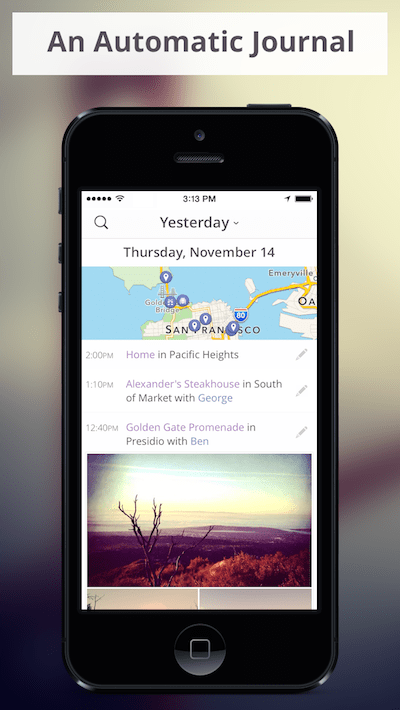 If an app that tracks your every move and photo sounds like a battery sucker – you’re right. So Chen’s app only starts logging memories when users stop moving (i.e are no longer en route to somewhere). In addition to keeping your phone’s battery life in mind, Heyday has tried to get creative with how it tracks and stores the more memorable moments of your actual life.

Photos and video from your camera roll are put into one of over 50 snazzy collage layouts, and what would a photo-based app be without filters? Yeah, kind of boring and not something our sepia addicted generation would connect with so users have their choice of 18 memory enhancing filters. Because I don’t know about you but I have ZERO need to remember that massive zit I had over Christmas but would love to see highlights from that ugly sweater party I went to but only half remember. 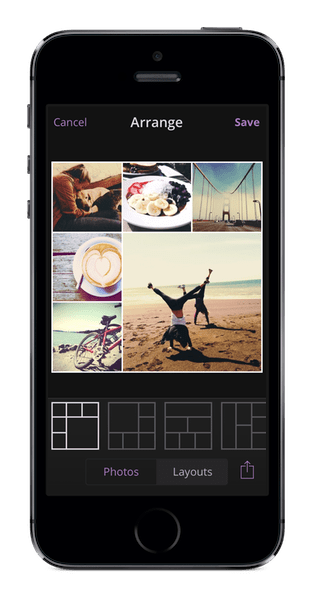 Users can add ideas, thoughts, and friends to the collages that get generated adding a certain level of personality to an otherwise very efficient but somewhat impersonal process.

From the VC standpoint Heyday seems to be very much worth investing in. They started 2014 having raised over $2 million and seem to be building momentum ever since. It would appear that Chen and his gang are using this investment capital pretty well and have focused on developing more engaging sets of features for the app. One such development is the social component of Heyday. Instead of making things sharable on another big social media platform, Heyday has decided to enable users to share their “memories” with other users in an attempt to create a more authentic exchange versus the standard humble-bragging we see strewn across most people’s Facebook feeds.

Not sure about you, but I am all for any app that aims to re-introduce some grounded authenticity to the way we share and communicate on our mobile devices. Checkout the Heyday app now at Hey.co.