A Coffee Date With A Millionaire

KillerStartups > Startup Spotlight > A Coffee Date With A Millionaire

Quick, who’s the number one person you want to meet in order to take your startup to the next level? Who’s that person you dream about getting just five minutes in front of, the one who could change everything?

The team over at networking location-based app Here On Biz have released a whole new level of networking by setting up coffee meetings between “influencers” (aka big name, bigwig, big shots) and the little guys (aka… You!). They’re calling it Influencer of the Month, and it’s pretty badass.

So this is some kind of contest, right?

Those of you who have been on the incubator track must be sick of contests by now because, let’s be real: getting into an incubator is just a high stakes contest. Don’t worry, though, you’re not going to have to jump through hoops to get your hands on this opportunity.

Once you have the app downloaded, it will let you know when an influencer has picked your city as a place s/he wants to meet up. You do have to apply (low stakes applications, here; we’re not talking Y Combinator level) and then wait to see if you get picked.

So yeah, okay, it’s kind of a contest but the only requirements are that you be awesome enough beforehand that you get picked and you’re already that awesome, so no worries, right? Shine on, bright startup star. 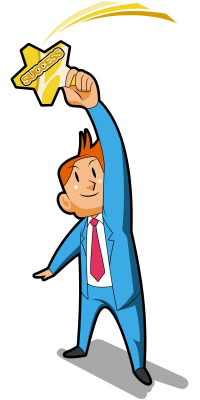 As of right now, the service is only available in Pasadena, where a PR professional named Evan White met with the CMO of Virgin America, Porter Gale.

This month, Here On Biz is hooking up one lucky individual with Scott Minerd, who’s the global chief investment officer of Guggenheim partners, as well as the manager of a $180 billion dollar fund. Side project: advisor to the Federal Reserve; no big deal. 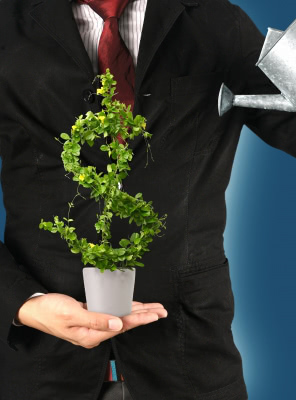 Over the next fourteen months, the Influencers of the Month will include influential tech bloggers, the founder of TechStars, a partner at the William Morris Endeavor talent agency, and the Lieutenant Governor of California.

Are you impressed? ‘Cause I sure as hell am.

Hustlin,’ hustlin.’ And if you’re not, you should be. The old adage, “It’s not what you know, it’s who you know,” holds fast and true in startupland. You not only have to build an amazing product that people other than you and your mom think is great, you also have to convince investors to get behind you.

Problem is, most of us don’t have connections to the bigwigs, which is why programs like this are so important. To the team at Here On Biz, I want to say: Thank you. This is awesome. And to the startup founders: Get downloading!