It’s fair to say that those of us in the startup world have watched the whole HealthCare.gov fiasco with a combination of disdain and incredulity. While anyone who follows the lean startup model is familiar with launching before all the kinks are worked out, the sheer disaster that has so far cost taxpayers $170 million and could put us back as much as $300 million is not just astounding, it’s irresponsible.

A lot. You could do a lot, startup founder, and I’m sure you could do a helluva lot more than our government has over the past year. I’ve been hearing a chorus of disbelieving cries and massive sighs rising up over the Valley over the last couple of months as entrepreneurs collectively facepalm over the stupid mess our federal government has gotten us into.

While most of us just scoff over happy hour beers, however, three guys decided they were going to do actually something about it.

Before the HealthCare.gov thing blew up, George Kalogeropoulos, 28, and Ning Liang, 27, had already created a site together. It’s called RentMetrics and it helps apartment hunters get a better idea of the average rent costs in their area, something that’s particularly applicable in San Francisco’s obscenely high cost rental market.

They teamed up with Michael Wasser, 26, who was already clicked into the healthcare market through his consultancy business and created HealthSherpa, which cuts all of the crap out and connects you with your government-mandated healthcare so, so much more easily.

So simple, it makes the government look real bad.

While the HealthCare.gov site is confusing, takes forever, and is full of glitches – not to mention complicated-looking – HealthSherpa is the exact opposite.

A simple, mostly white landing page with the words “Find Your Health Plan Now” immediately soothes the terror that shopping for healthcare instills in me. HealthCare.gov, on the other hand, has so much going on that my first instinct is to click away as fast as possible. 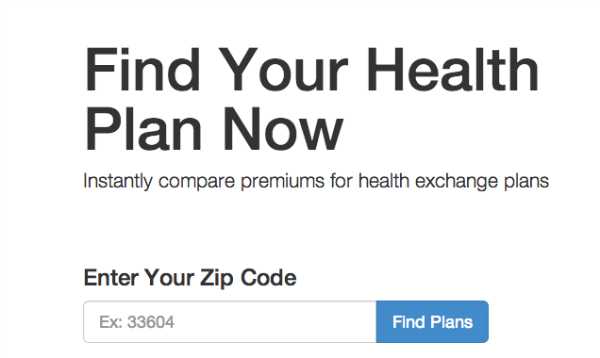 Listen up, government: These dudes just schooled you.

While the team acknowledges the fact that they couldn’t have created HealthSherpa without the information that was made available to the public, they also reached out to the state exchanges for even more info than you can find on the official site.

On top of all that, HealthSherpa lets you filter your results for tailor-made insurance options and they put it all on a server than can handle more than 20,000 people, which is the point where HealthCare.gov starts to break down.

Lesson learned, US federal government: If you’re going to spend millions of taxpayers dollars on really important legislation, please don’t pull a DYI move. There are people who are just barely old enough to leave their parent’s plans who can do it better.

If you’re disgusted and frustrated with the HealthCare.gov fiasco, pop over to HealthSherpa for a simplified, (as) pain free (as possible) healthcare shopping experience.