Freelance work is great in theory – the independence, the freedom to choose work, work on your own schedule, work wherever you want. In practice, the freedoms of freelance work are often eclipsed by the tremendous amount of time spent looking for work. Not to sound cynical, that’s just the way of the hustle. 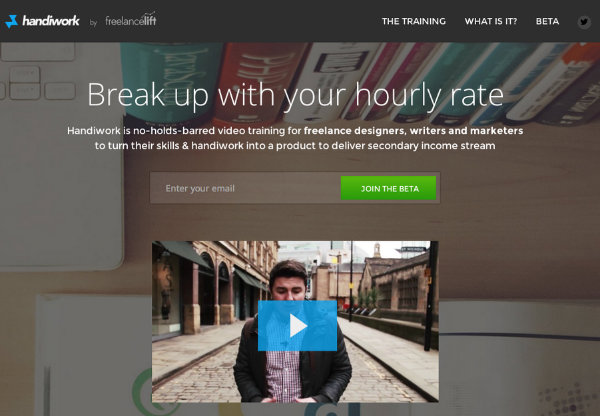 Does the game need to be played this way? Some opt for or thrive on the variability. Most would like a steadier flow of cash and to be able to spend more time on work itself rather than hunting for jobs.

Handiwork is a video training platform for freelance designers, writers, and marketers that helps them turn their skills and expertise into a product that will bring in a more steady income.

Handiwork teaches freelancers how to find their audience and generate buzz by creating a message, construct a framework that enables building services out into books, e-books, consulting, and more. Worksheets and other tools aid freelancers in strategizing, growing partnerships, and developing a trade into a more reliable income stream. In essence, it sounds like Handiwork helps freelancers conceive of their services as a business – which most probably aren’t naturally inclined to do – and to embrace an actionable plan.

Despite reputation, recommendations, even accomplishments, the freelance worker often ends a job only to begin searching for work from ground zero all over again. The unpaid work of finding work eats at the spirit as well as the pocketbook. What’s more, stretches without a paycheck aren’t the only financial woe the freelancer faces. Charging by hourly rate traps freelancers into earning only that fee and limits the type of relationships that can be established with clients.

Handiwork hopes to train freelancers how to climb out of these traps. Videos teach how to use time better, make more money, and create more stable income. Founder Liam Vetch guides. Sessions are based on the lessons he learned from experiencing freelance setbacks firsthand and his eventual success growing his own businesses and products. 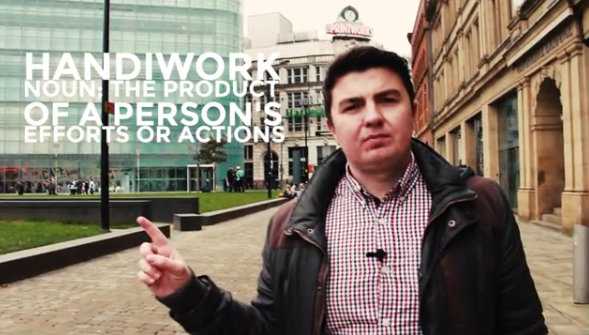 Based in the UK, Handiwork plans to launch in February. Register now for 3 free training sessions. Those interested should also checkout the parent website freelancelift.com, and its “arsenal of posts, videos, playbooks, and actionable content” designed to make freelance life easier and more lucrative.