Guardingo Is The Low-Cost, No Extra Hardware Needed Security System

When I was in second grade, my family came home from our annual Christmas odyssey to find that something was awry in our home. Our answering machine (remember those?) was missing from its customary spot on the table near the phone and closer inspection revealed that my dad’s professional video camera was MIA as well.

Luckily, the thieves ended up being some dumb neighborhood kids who filmed themselves with said camera, so when their “friends” ratted them out, it was pretty easy to determine exactly who was at fault.

My dad, however, was not taking the risk of the tools of his livelihood getting stolen again and decided to install a motion sensor alarm system. Cue scenes of my younger brother and I purposefully setting it off – and more than one night when the neighbors saw my dad in his birthday suit, holding a baseball bat after the cat had prowled through that part of the house.

These days, home alarm systems are much more sophisticated; I don’t think our kitten would be able to wake the whole house as easily. One example of the new kind of alarm system is Guardingo, which turns your wifi into an alarm system with the help of two smartphones. 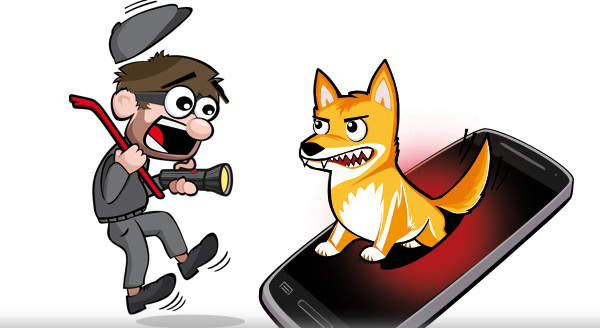 Guardingo describes their patent pending technology with an analogy about a pond. They point out that radio waves are like the waves you see in water: if you drop a stone in water, you see ripples. According to them, your wifi is the pond, someone entering your house without permission is the stone, and Guardingo can read the “ripples.”

Make sense? Basically, if someone disturbs the wifi floating around your house, Guardingo will alert you. 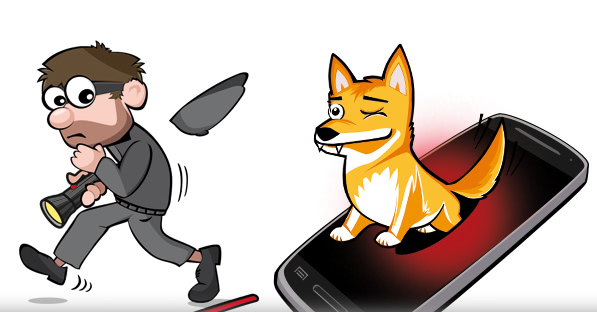 Home security without the extra hardware.

The goal of Guardingo is to supply you with home security without the added cost of buying and installing hundreds of dollars worth of equipment. All you need is a wifi router (you have that) and two smartphones. You leave one at home (Guardingo suggests using an old one) and bring the other one with you.

If you don’t have an old smartphone, Guardingo suggests using a tablet, and they promise that pretty soon the security system will be available on any wifi-enabled device in your house.

The Guardingo team consists of three co-founders with a background in applied research and management, backed up by five collaborators who focus on marketing, software development, and go-to-market strategy. They’ve already raised a seed round in October of last year through angel investment, are backed by the VIGO Acceleration Program, and have raised over 200,000 euros in public and private funding.

Once you install Guardingo on all of your tech, you’re good to go! Your house will now be protected from thieving neighborhood children, although I can’t 100% guarantee the cat won’t have a little fun…