Are You Ready To Make Your Work Management Platform Even Better?

KillerStartups > Startup Spotlight > Are You Ready To Make Your Work Management Platform Even Better?

Podio is a popular work management platform that provides structure to collaborative online environments while still allowing for flexibility. Users area able to create and evolve both apps and workspaces over time, which means it’s truly customizable to each company.

One company has taken the already popular Podio platform and created an automation system for it. GlobiFlow for Podio is an authorized partner of Podio and team member Andreas Huttenrauch is confident that it has made Podio “an even stronger work platform.” 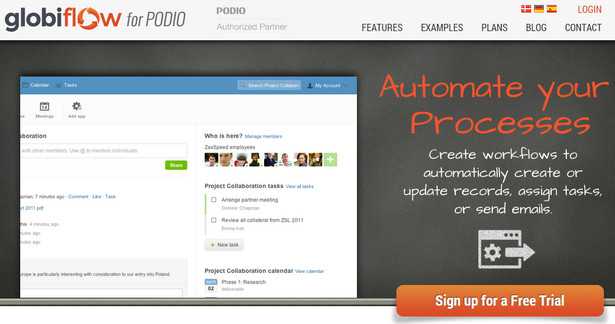 So what does it do?

The GlobiFlow team started out by automating simple things like sending a email when a project went over budget but they found themselves adding more and more features until they’d created a fully flexible Podio workflow automation system.

GlobiFlow allows you to design all of your workflows based on your business’ exact needs. You can create triggers for each workflow, filter the workflows, and create specific actions that need to be taken for each one.

If you need certain actions to be taken on specific dates, GlobiFlow allows you to set date triggers. Set your Podio apps to take actions on due dates, follow-up dates, or even your boss’ birthday.

Sometimes a visual makes complicated data easier to digest. With Image Charts, you can transform any report widget inside your Podio workspace into a chart or graph. Those charts and graphs can then be inserted into any workspace or app image widget. 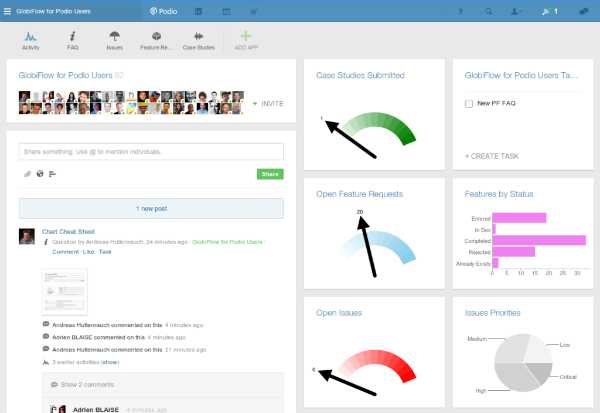 You can even trigger a workflow from inside emails with GlobiFlow Intelligent Email Buttons. If the person you’re sending the email to clicks the link or button, an action will be triggered, saving you the time of having to do the same thing which email sent.

This feature allows you to automatically generated PDFs of your Podio data and attach and send them to your Podio team. They can also be automatically attached to emails that customers receive, meaning you don’t have to deal with the tedious stuff like purchase orders and invoices if you don’t want to do.

GlobiFlow lets you embed any of your Podio items or apps in your website with just a couple of lines of code. It’s an easy way to transform Podio into a website content management system as well as a work management platform. 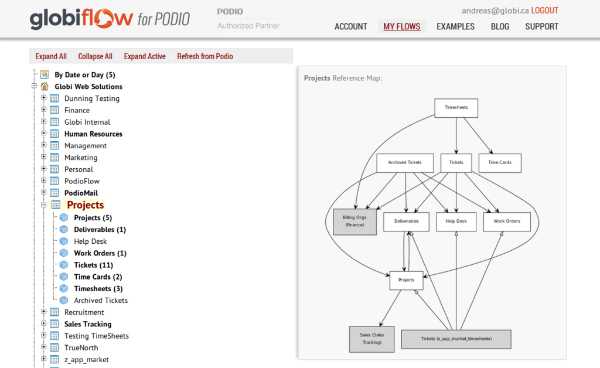 Transferring data from one platform to another is often a huge pain in the butt. With GlobiFlow you can turn any Podio app into a data feed in JSON or XLM, allowing you to take it anywhere.

One of the things that every modern worker not so secretly hates is the many, many different places where we can send and receive messages. GlobiFlow solves this problem by letting users send and receive emails from directly in the platform. No switching between tabs or platforms – send rich text messages from right inside the system.

GlobiFlow also makes it possible for emails to trigger flows in response to your emails, including filing and acting on the steps mentioned in the email.

Want to automate even your text messages? With GlobiFlow, you can set up flows that automatically send text messages with Podio data embedded in them. Respond in-app and trigger whatever response you want to messages both sent and received!

The most precious commodity for startup founders is time. GlobiFlow for Podio helps you save time and become more efficient in all of your every day actions. If you’re already on Podio, why not give their free trial a shot? And if you’re not there already, maybe it’s time to reconsider your work management system…