Learn All Of Your Founder Skills At The Harvard Of Startups

The debate about whether or not startup founders should spend the time and money to complete college has been raging pretty much since the beginning of the current tech boom. One of the main arguments put forward in the “not worth it” column is the fact that most colleges don’t teach the skills needed to set up and run a successful technology-based company.

Even entrepreneurs who have completed their schooling probably feel like they’re lacking some seriously necessary skills, mainly because startup founders have to do a little bit of everything, especially if they’re in bootstrapping mode. The standard approach to overcoming that shortcoming seems to be reading everything you can get your hands on and diving in head-first, but for founders looking for a more guided form of learning, I’d like to recommend checking out General Assembly (GA). 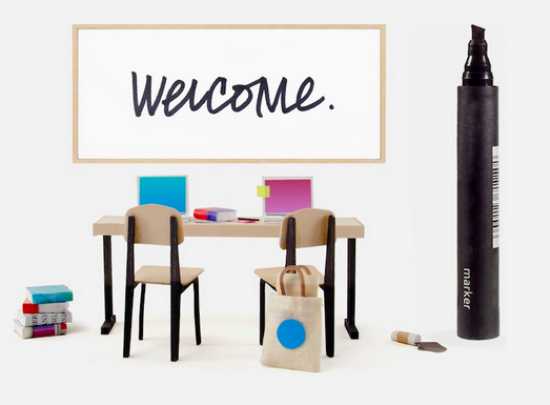 Startup skills, but not just for startups.

General Assembly was started in 2011 in New York City as a place for entrepreneurs who wanted to learn more about technology, business, and design to come and take classes in order that help them become better entrepreneurs.

Today, General Assembly has expanded their reach in both location and students served. While New York is still their home base, GA campuses now exist in Berlin, Boston, Hong Kong, London, Los Angeles, San Francisco, Sydney, and Washington D.C., as well as New York. (And if you’re not located in any of those cities, there’s always the online option.)

Today their classes are still targeted toward entrepreneurs and startup founders, but the founders recognized that a lot of the skills that their expert instructors teach are valuable outside the startup world. As a result, their students now include individuals in more traditional fields who are looking to move up in their companies or are searching for a new career.

General Assembly offers courses in business foundations, data analysis, digital marketing, mobile development, product design, user experience design, and web development. I’m gonna go out on a limb and say that there are very, very few entrepreneurs who have a background in all of those areas, so it’s pretty much a guarantee there’s something there for you.

The classes also come in a variety of formats. For those of you looking for some serious learning, check out the Immersives, which are eight to twelve weeks of full-time class-time. Courses are long-form sessions that go in-depth on a topic, while Classes are focused intro sessions to a variety of topics. Finally, Workshops are a closer look at a given topic.

For the online learners, check out Front Row, which gives you access to instructional videos, unlimited access to whatever they’re live streaming, and a constantly growing video library in exchange for a $25 per month.

While the courses themselves teach valuable skills, like most things startup-related the community within General Assembly is just as important. Joining a group that’s full of people who are interested in learning about entrepreneurship means you’ll be a part of a community of people who are potential partners, collaborators, teachers, and instructors right from the get-go.

Awesome courses? Informed instructors? Alumni network? Sounds to me like a way cheaper college that teaches skills you’ll actually use.