Gamers Show Off Crowdsourcing’s Contribution To Science With Foldit

When most people think of crowdsourcing, they think of it as a creative way of financing projects, but politicians, activists, and now scientists are utilizing crowdsourcing apps to rope in people with free time (vs. loose change on a PayPal account) to get involved with causes that might otherwise seem too big or specialized for the average person to have much impact on. 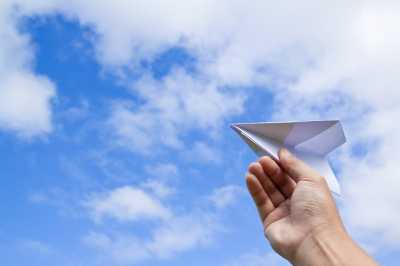 One of the best examples of one of these apps is Foldit, an application that allows people with a gaming background to help decode various protein structures by rearranging a 3-D image of parts of a protein and manipulating it into different structures. Foldit is an app that has broad appeal to gamers, by presenting itself as a competitive puzzle-solving program that has a good cause behind it.

Foldit was created by a multi-disciplinary team at the University of Washington as a way of creating an alternative source of support for researchers working on projects that involve or call for a deep understanding of protein structures, specifically the way proteins fold. A lot of credit is given to computers these days, but humans are still better at processing visual information especially when it comes to recognizing and reproducing patterns in 3D.

The folks behind Foldit use CAPTCHA (the squiggly words that some sites make us type in before viewing content to prove we are people and not some fisher program) as an example of how bad computers can be at processing visual information. As great as it is to know we are better at doing something than computers, they still beat us when it comes to speed and volume in working on huge data sets. Realizing that there were just not enough undergrad research assistants for the work load, the team at Washington University decided to format a game that could get people with free time and good problem solving skills in on the action.

The way each “puzzle” is solved on Foldit is noted and analyzed, which when viewed in large numbers provide scientists with algorithms that help them understand how molecules arrange themselves into more complex protein structures.

The biggest success story for the app so far came to the public’s attention when a team of its gamers discovered the structure of the Mason-Pfizer monkey virus, considered extremely relevant to HIV research because of how similar the viruses are to one another (it’s actually the virus that causes AIDS in monkeys). To put this in perspective, the gamers solved a problem that had scientists stumped for over ten years.

Most applications find success not only in fitting into what people’s needs are, but also by providing a vehicle for them to help be part of something they connect to on an emotional level. Social network apps are thought to be successful because they allow people to let their egos go viral, but projects like Foldit are showing that the motivations drive people to use certain applications might be more nuanced than basic egocentrism, and could very well have much more to do with the emotional components of being involved with something bigger than ourselves.