It seems that every day privacy on the internet becomes more and more of a myth from long-ago times. Between NSA spying and social networks collecting all of your personal info and recording every move you make online, we’ve all pretty much signed-off on never having a truly private life again.

One of the major things that is currently being refined at a scarily rapid pace is facial recognition software. Facebook has mainly used to help you more easily tag friends in photos up until this point, with information coming from their extensive facial recognition database.

Up until recently, the only way to opt out of The Database (which I’ll be capitalizing from here on out in recognition of how ominous it is) was by turning off the tagging suggesting feature and not allowing friends to tag you. However, Facebook recently announced that they’ll be including profile pictures in The Database. With this new change, anyone who doesn’t want to be included needs to take down any pictures that have his/her face showing, which means… Basically any profile picture, right? While I definitely understand that some people choose to put inanimate objects or like, their dog as a profile picture, I’m going to go out on a limb and say that the majority of people choose their own visage for that all important pic.

But if you want to keep your actual face…

And want to thwart Facebook’s attempt to own it, might I suggest you purchase a REALFACE Glamouflage t-shirt? Conceived and created by artist Simone C. Niquille, these shirts are specifically designed to confuse the Facebook facial recognition software. 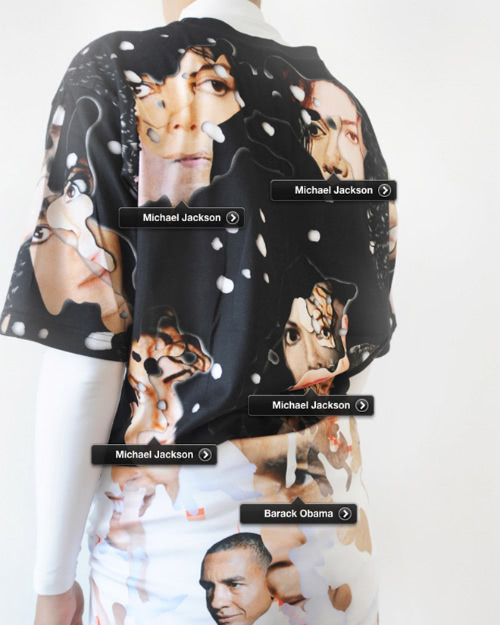 The shirts feature a trippy mash-up of the face of a celebrity impersonator, someone famous enough that Facebook will recognize them. Currently you can choose from Michael Jackson, Obama, Britney Spears, and two faces named “Britt” and “Laura,” whom I actually don’t recognize.

(I’m also pretty bad at pop culture in general, so I’m going to assume that’s my problem, not REALFACE’s. That or they’re famous in Europe? Anyone know?) 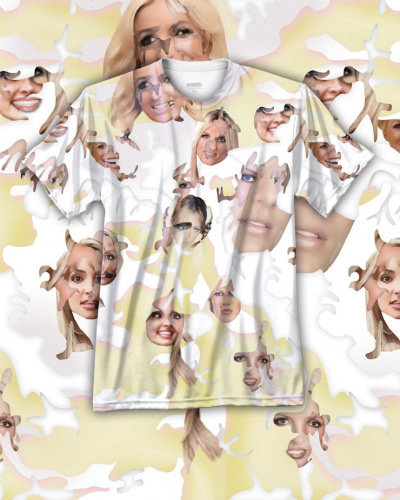 I know there are obvious issues.

The REALFACE t-shirt won’t fool facial recognition forever and somehow I doubt that these very particular, very strange tops are going to be the next big thing in fashion. I absolutely love, however, the idea of an artist coming up with a creative way to thwart the facial recognition powers that be.

Call me a conspiracy theorist if you like, but something just didn’t sit right with about the fact that one of the biggest corporations in the world not only has all of my personal information – including where I live – and also a way to match all that info with my actual face.

Maybe I watch too many cop shows, but that just sounds like a recipe for disaster to me.