You did it. You made it through another week. Startups don’t run on a Monday – Friday schedule, but choosing to partake in some of the social rituals exhibited by your play it safe non-startup friends will help keep you looking human and feeling sane. Of all the rituals, and there are many – from watching a show on an actual television (vs. watching it on demand/line when you think of it and need company answering emails at 10:30 am) to standing in line at the supermarket during rush-hour, there is one that is holy to me.

If you haven’t guessed from the title (and it’s Friday so no judgment) I’m talking wine. There is nothing more civil, more humane than hearing the sound of wine fall into a glass. The stresses of the workweek seem to fade into something more tolerable and less panic inducing. While the poetic description of my Friday evening wine-time might have some reciting some prayer from AA, I insist it is the ritual and the sense of feeling like a normal person that has me hooked on the stuff, not the ETOH. 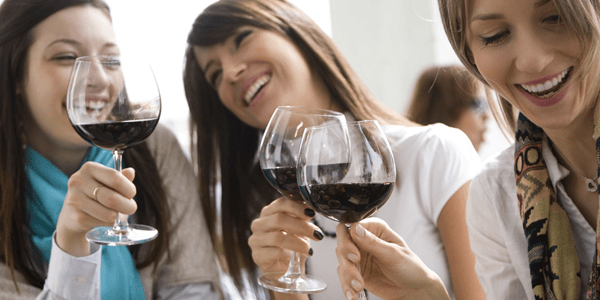 Based on the numbers it looks like I am not alone on this front. According to the Wine Institute (which I think might be my dream company – seriously wine and statistics… it can’t get much better) 2012 was a record breaking year for the wine industry. Over 3 billion liters of wine were sold in the US, which retailed somewhere around the 34 billion dollar mark.

I’m guessing Brad Rosen was privy to the industry’s profit margins too. Because back in 2008 when he was on a vacation in Italy touring wine country an idea hit him – maybe people would be interested in having an app that could help them identify and track the wines they liked. That app would be a solid fit for the consumer demographic freaking out about that new iPhone thing.

He went back to Boston and got a team together to develop just that. Flash forward a few years and Drync is the number one app for wine drinkers, and is being branded by the press as the wino’s equivalent of Shazam. The process mirrors Shazam’s, but instead of music, the app identifies wine. Users click a picture of a wine label, Drync I.D’s it and brings up info on the wine, its maker, when it should be drank by, and even lets you buy it right on your phone.

One of the most impressive components of the app is the image recognition technology that makes this whole process possible. Rosen and his team built it from the ground up, and discovered algorithms that match the high quality images of wine labels (in their data base) with feeds from retailers, giving users an accurate profile of the wine they are drinking. 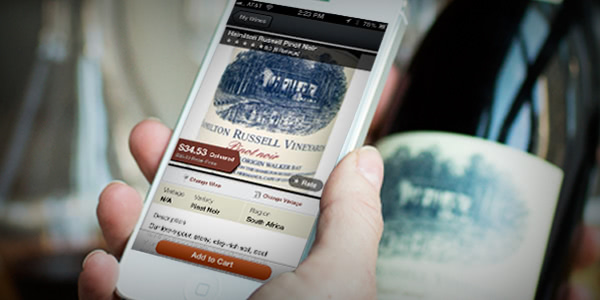 Wine can also be found by name and varietal too. Drync has created a virtual “cellar”, which lets you keep track of the names of wine you’ve tried or that you’ve heard of through friends. It’s way more than a digital wine diary though. The genius of Ronsen’s creation is that it takes the experience of drinking wine and turned it into something people can track and share across their now vital social media accounts.

The app also makes buying wine really easy (they had to make money somehow) by saving your shipping and credit card information, which makes buying wine on the app literally a click away. Shipping is pretty humane too, flat rate of $9.99 if you buy less than 6 bottles in your order, and it’s free for orders of 6 or more bottles.

Rosen went on Bloomberg recently and mentioned that he wanted to develop an app that helped people “track their wine-life”. To some that might sound a bit soft, but to wine drinkers it hits on something they relate to. Having a glass of wine isn’t just about notes and bouquets, it’s a full on sensory experience that most people usually associate with the fun and lighter moments in life. 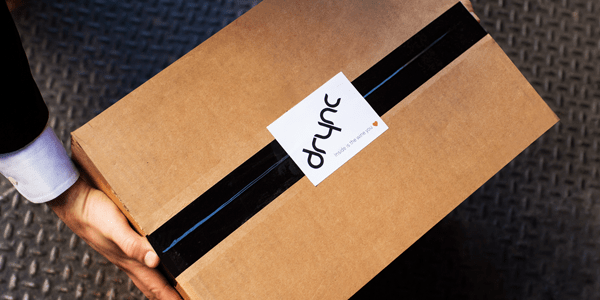 Rosen also opened up about the direction he is hoping to take Drync. On the top of his list is making the an Android version of the app (it’s only available for iPhones at the moment). His team is also working on developing technology that can learn users’ pallets and make recommendations based on their ratings. He’s hoping to have these changes materialize by the year’s end, which considering he just came into $900K of angle money, could very well happen.

The world of wine used to be divided into two camps, stuffy want-to-be sommeliers and people who feel wine can come from a box. Drync provides its users with an experience that streamlines the important aspects of finding good wine without taking itself too seriously.

Whether your weekend ritual includes wine or not, we all deserve a pat on the back for making it through another week. Cheers to thinking outside the box.