Disruption, disruption, disruption. It’s maybe the biggest buzzword of Startup Land, with companies trying to disrupt everything from video chat to fashion to the life insurance industry. We’re all about creating better solutions, shaking things up, knocking people out of their routines into something better.

Well, I just happened across the most original disruption yet.

What if I told you that an anonymous team of three has figured out a way to save the taxpayers millions of dollars every year and that they were fully poised to disrupt a major government program that is in dire need of disruption?

And what if I added the fact that the people they have to pitch their idea to are way less accessible and a lot scarier than any VC you could imagine? 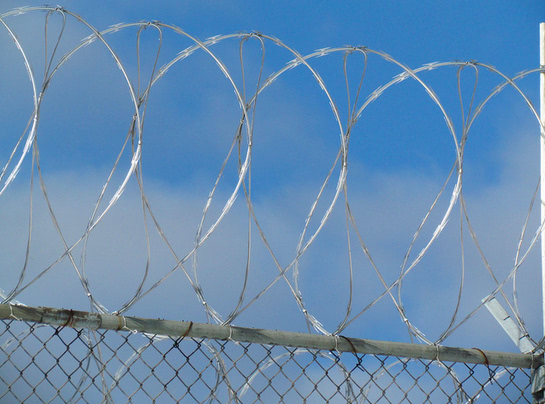 You probably want to meet them now. Maybe chat a little bit about what they’re doing, talk strategy, network a little bit. Get a feel for what they’re up to and see if you can learn from their mistakes, ‘cause that’s the startup way.

Because in order to do that, you’d have to travel to Joseph Harp Correctional Center in Oklahoma and go through the super fun process of visiting inmates in prison, which can involve some pretty rude and invasive procedures.

That is, of course, if you could bribe someone to tell you who they were, because all we know about these guys is that one is serving time on a murder charge while the other is in for a sex offense. Nothing has been released about the third guy, which of course makes my imagination come up with conjectures that are undoubtedly much nastier than the reality and heavily influenced by my love of Dexter.

But what exactly have they done?

I know you’re more interested in their disruptive project than their crimes, so here it is, in all of its beautiful simplicity. These three criminals have worked out a way to save the state of Oklahoma $20 million a year by tracking their fellow inmates as they go through the food line. This is to make sure they’re not coming through twice, as well as to provide data about the popularity of meals, which helps the prison kitchens to buy the right amount of supplies, and cut back on waste. 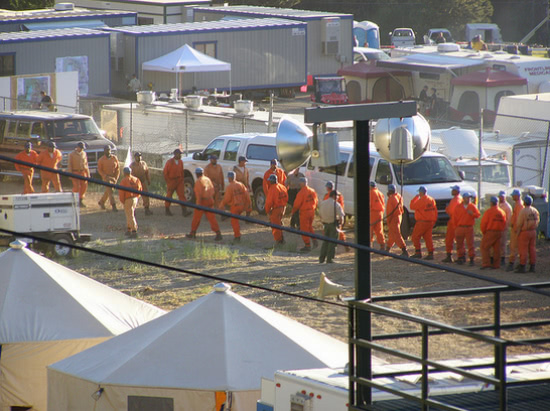 And last but not least, it can track the tools that prisoners sign out for their jobs, avoiding an Orange Is The New Black debacle.

So… Why isn’t this in every prison?

Unfortunately, disruption in a system as sprawling as the prison industrial system is very, very difficult. Top that off with an extra dose of “Hell no we’re not implementing something created by prisoners!” and it becomes damn near impossible, even if it does result in saving millions of dollars every year.

One of the main fears seems to be that an electronic system created by prisoners could also be hacked by prisoners, creating a very serious security issue. However, I’m willing to bet that the biggest obstacle of all is the simple fact that prisons in America are bloated monsters with very little impetus to change.

But I know that you, startup founder, see that as nothing but a challenge to be met. You up for it?