There’s a startup in Arkansas that insurance companies wish didn’t exist and it’s protecting homeowners by providing them proof of record of their assets. It’s called Denventory and founder Austin Kelly has created a way for homeowners to keep a home inventory online.

Imagine your home caught fire, was burglarized, or suffered extensive damage during an earthquake. Chances are that some of your most important belongings would be damaged or complete destroyed. Well, unless you have receipts, serial numbers, and photos to prove that they were actually yours, an insurance company isn’t going to be willing to pay you the full amount for your losses.

Denventory is an online solution to this issue that keeps these records of your material goods away from the vulnerability that is your home. We had a chance to talk to Kelly about his startup and here’s what he told us in support of his new business. 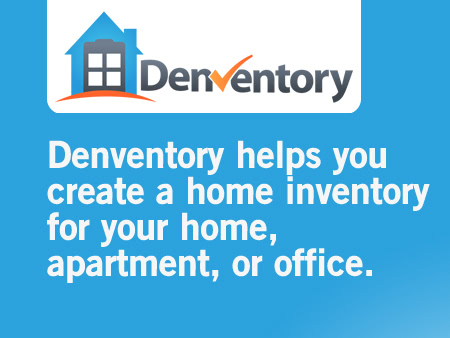 The name came to me early on. I kind of thought, If I’m going to make this thing, it’s going to have a clever name.

I really wanted to plaster the entire thing with bears, since bears live in dens and they are clearly awesome. I could envision bears inventorying their belongings. In the end, I decided against the bears… maybe that was the best or worst decision I ever made.

So, sticking with the name, a den can also be a nickname for your house or home. You know…your crib, pad, turf, base…I figure den is also appropriate.

I like to think I am a tremendously resourceful person. I don’t default to conventional methods. I guess all entrepreneurs have a little bit of that inside of them.

I learned quickly that you can’t do everything yourself. When I began, I slowly started to meet more and more contractors on Elance for things I needed done. Some were awful and some were amazing. So now, I’ve developed a team of A-list people that I go to and get great results. Technology is a wonderful thing.

Anytime I see an internet entrepreneur succeed, I am inspired by it. It helps me to know that it is possible, it can be done.

I was also inspired by the entire concept of home inventory. Imagine having your home invaded and possessions stolen or destroyed, what a nightmare. I can fortunately say it hasn’t happened to me, but I know it could at any time. 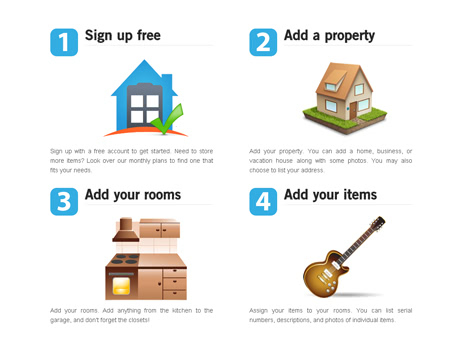 It’s all been self-funded. I have a few side businesses and the profits from them have been used for this project. I’ve been talking it over with a few interested parties and considering joint ventures.

I like to think that the entrepreneurial experience is like stumbling through a pitch dark house you’ve never been in before and looking for the light switch.

After you find the first switch, it gets a little easier to find the next one, and so on. It’s just a matter of taking action. You can’t find that switch if you aren’t really looking. Occasionally you’ll trip over things you never would have guessed were there, and in hindsight you wouldn’t be able to believe that you made such a mistake.

I’ve done everything from computer repair and web design to blogging. So I don’t know if my worst mistakes are in front of me or behind me.

To call myself successful is to settle for less. I’m always striving to achieve and take the next step. However, success sounds like it would come in the form of… let’s say… 500,000 users storing their stuff on Denventory… that sounds really nice.

It may be unoriginal, but I would definitely have to say Google Apps.

It’s definitely an all in one package and it’s been helping me chug along for some time now.

I know I’m a late bloomer on this one but I just recently started using Instagram.

People are attracted to the old retro styles. Some of the best pictures I’ve taken have been with a cheap disposable camera. You can see this trend in photography now where people buy a $500 camera, then spend hours making them look like they were taken with a $3 camera.

Instagram makes it super easy to achieve this effect, and also to share it with friends and the world.

Cats are just awesome. I mean, come on!

Now for the long story….

As a teenager, I was an early fan of Verizon’s first Droid. Upgrading from a Blackberry Motorola Q, the Droid was like heaven. I grew to like it enough, but it was clearly buggy.

I like what Android wanted to be, a unifying operating system for all manufacturers to be on a mutually beneficial playing field. It’s just hard to keep every app bug free (or available) since it runs on so many different devices. When I actually got an iPhone about a year ago, I was spoiled.

I’m just a guy that had a dream to do something and I put it into action, I feel like that has to count for something. I didn’t have any real connections, mega funding, or prior knowledge in the home inventory industry. I knew how to make things look fancy on a web site but even that is something that can be outsourced.

We have a long list of features we plan to roll out very soon as well as a mobile app underway.

We’re already getting feedback from users and we’re not even a month old yet, so I feel like we’ve made great progress. The only thing we can do is grow and continue to help others with our service.