Remember the Internet before Google, Facebook, or Twitter? The early online experience – what we can recall of it anyway before the browser revolution – already looks ancient even though it wasn’t so far in the past that our world became digitally connected. The cryptocurrency faithful believe we’ll be scratching our heads the same way shortly when we try to think about financial transactions before the arrival of the likes of Bitcoin.

Hoping to be at the forefront of market transformation is Cryptiv, a platform for simplifying the use of cryptocurrency. This browser extension allows users to transfer and spend, even tip, quickly and securely.

To reach the critical mass necessary for the widespread adoption of cryptocurrencies such as Bitcoin, Litecoin, and Dogecoin, people need services that they can trust. The recent theft at Bitcoin bank Flexcoin and the unfolding Mt. Gox bankruptcy drama (with nearly half a billion dollars gone missing) have raised serious security concerns. Timing is perfect for Cryptiv to offer a way to conduct financial transactions safely, for both merchants and consumers, while also protecting privacy. 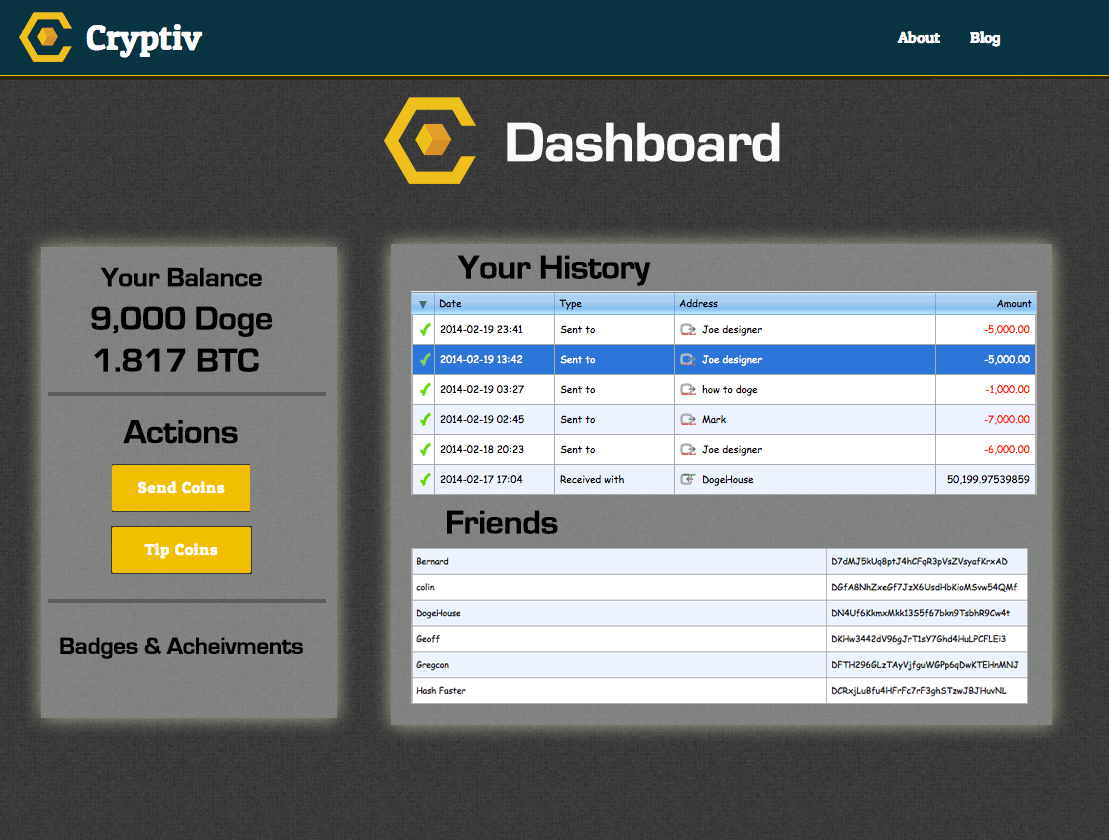 The founding team behind Cryptiv – Mat Cybula, Mitchell Hammerstedt, Geoffrey Byers, and Mark Brophy – have joined their entrepreneurial, financial, and technological experience to help facilitate the circulation of cryptocurrency. Cybula says, “Both the technology and community behind cryptocurrencies are setting the stage for a major disruption to the archaic, costly, and cumbersome financial system that presently exists. We welcome the change towards a more efficient and cost-effective global monetary system for everyone.”

How Do People Use Cryptocurrency Anyway?

One of the biggest speed bumps slowing cryptocurrency acceptance is a lack of understanding regarding how this new kind of money can be used. Cryptiv aims to allow people to transfer and spend cryptocoins in just a few clicks. With Cryptiv, users can instantly transfer cryptocoins to friends, family, or a third party. They can purchase goods and services by clicking a button just as they have been doing when making a credit card payment (see the example pictured below.) 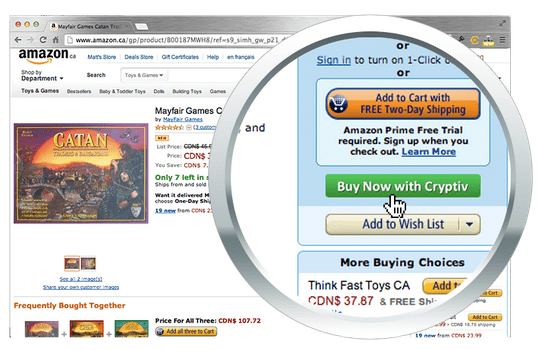 Another ingenious feature of Cryptiv is the ability to give online tips – to friends in social networks, to content creators for their work – by simply clicking “Tip” in the same manner as hitting “Like” or “Retweet.” Greater ease of use and robust security, not to mention, lower transaction fees and fewer restrictions, position Cryptiv to see the crytptocurency movement reach its full potential. 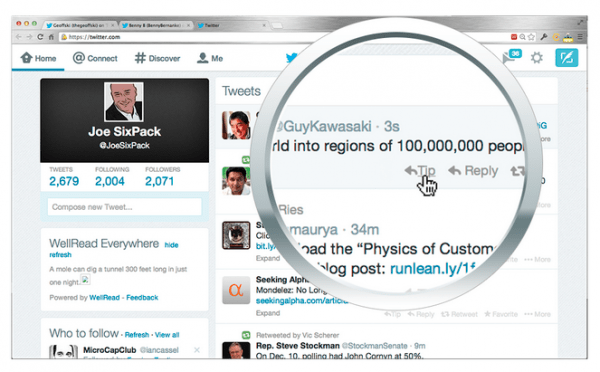 As Cryptiv prepares to launch in closed beta, they are looking for beta testers. Request an invite by signing up here. Early adopters will not only get to help in the development of the platform but will have their accounts credited with 500 DogeCoins and 1000 Satoshi (the smallest denomination of Bitcoin).

Join the future of money by visiting Cryptiv.com, and keep up with the team’s progress on Facebook and Twitter.