On July 13, 2013, George Zimmerman was acquitted of murdering 17-year old Trayvon Martin, a verdict that sparked outrage and grief across the country. People took to the streets wearing hooded sweatshirts in protest and remembrance and memes flew back and forth across the internet. One image of Martin Luther King, peering up from beneath a hoodie of his own, rose to become an iconic image of that emotional time. 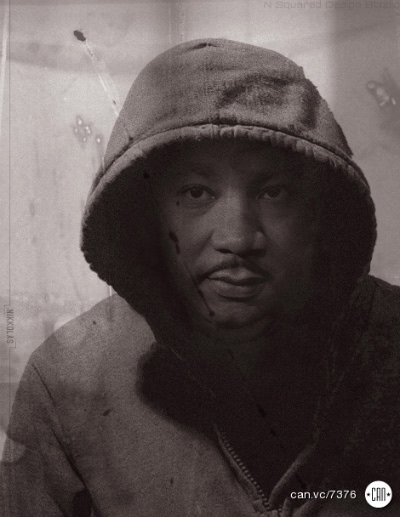 The artist who created the image, Nikkolas Smith, got a whole lot of well-deserved accolades, but I learned recently that there’s even more to that story.

Turns out, there’s actually a whole team behind getting the MLK/Trayvon image out there. They’re called The Creative Action Network (CAN), and they’ve set out to disrupt the whole system of crowdsourced artwork by creating a marketplace for artists, causes, and supporters to create, buy, and share incredible original artwork.

But let’s start at the beginning.

Which, for co-founders Max Slavin and Aaron Perry-Zucker, is way back in the sandbox of Westside Jewish Community Center. The two preschoolers hit it off all those years ago and have been all but inseparable since, working on creative projects together through high school.

When Aaron went off to get his BFA in graphic design at RISD, Max found himself drifting toward politics. Then, in 2008, their two worlds came back together when Shepard Fairey’s “Hope” image for the Obama campaign captured the energy and dreams of an entire generation with one simple image. 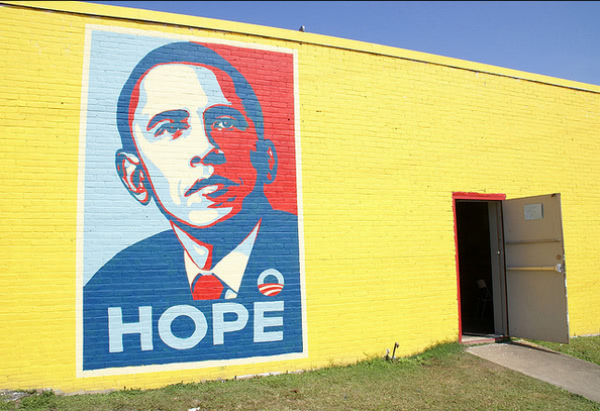 They thought: How can we doing something like that?

Their original business focused on connecting artists with the causes they were passionate about, much like Shepard Fairey did with the Obama ’08 campaign. They realized that A LOT of original artwork was being created, but that nothing was being done with it.

After a few high profile campaigns and some good buzz they pivoted into a design company but the idea of connecting artists to causes bigger than themselves continued to tug at their collective creative imagination.

When they met developer Brian Mayer in late 2012, they decided it was time to take the plunge back into their original idea of harnessing the power of artists and creatives in order to enact change. With that in mind, CAN was born.

Today, CAN does more than just connect art and politics, although that focus can definitely still be seen in campaigns like the Trayvon Martin one and another called Migration Nation, which focuses on the issues facing migrant communities. 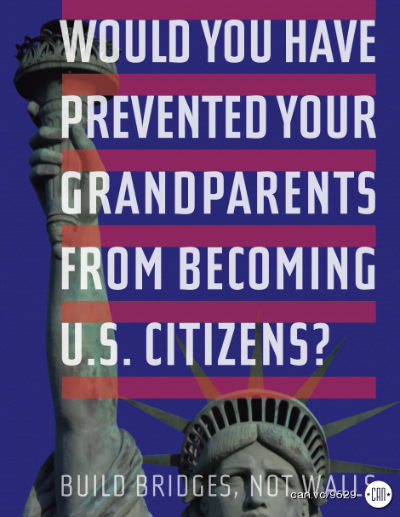 While it’s clear that they’re still committed to their causes, they’ve expanded their reach to include a variety of cool campaigns that aren’t necessarily politically based. Recovering the Classics is a beautiful set of original book covers for books in the public domain (think Scarlet Letter and Call of the Wild, for example) and their inspirational posters are good enough to make even a cynic like me take a second look.

All of the art can be purchased in the form of beautiful, high-quality posters, which means that both the CAN team and the artists are able to make some money on the work. CAN also recently secured $50,000 and a spot in the exclusive, media-based incubator Matter, whose motto is “Change media for good.”

If you’re interested in politics or even just beautiful art, head over to CAN’s site and browse through their impressive library of original content. I can’t imagine you won’t find something you love.