Bitcoin is a hot topic these days. The digital currency and peer to peer payment system has been tagged as being the next big thing in both the finance and tech sectors – a pretty easy call, as it is essentially the merger of these two systems. 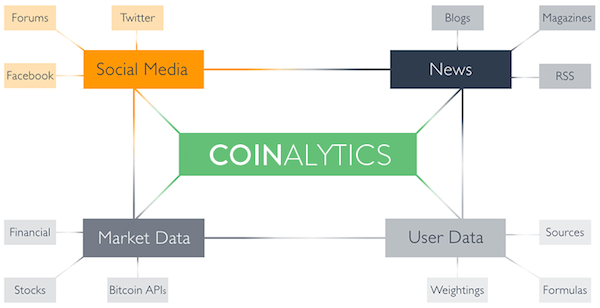 This merging of complex financial and technological information is easy to understand in theory, but investors looking to get in on some of the action could be rightfully confused. The sheer volume of information and news on the subject is astounding. Making sense of a market with this level of dynamic activity is a challenge, but a worthwhile one.

The founders of Coinalytics seem to think so too. Fabio Federici and his co-founder Petter 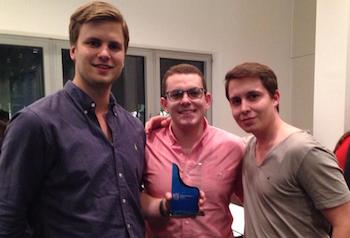 Samuelsen decided to explore the idea a little more during Google’s Startup Weekend 2013. Having re-worked it after some feedback from the coaches, the team came up with an idea for a tool providing Bitcoin market analysis that would help inform investment decisions.

Their site, coinalytics, is currently in feta but is already offering a pretty impressive service. The platform aggregates data from media, market reports, user data, and the media to provide valuable information for their users that can be incorporated into their investient strategies and used to respond to market changes.

Dealing with big data has paved the road to success for a notable number of startups, and there is no shortage of data related to Bitcoin, so these guys could be onto something. From the outside looking in, the world of cryptocurrency looks as complicated as it does promising.

Breaking down some of this information could be incredibly useful for investors looking to get in (relatively) early on investment opportunities. In addition to providing real-time analysis of what is 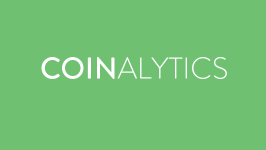 happening at the moment, Federici is also aiming to provide predictive analytics, giving his users an even stronger competitive edge.

Speaking of competition, Coinalytics won the Most Innovative Idea award at Google for Entrepreneurs’ Startup Weekend 2013 Berlin. When asked what one of the biggest takeaways from the event was, Fabio responded: “Think big, start small – until today this is one of our main mantras in the team. It is crucial to have a vision and long term goals, this keeps you motivated and generates a lot of new ideas, which can easily be implemented and tested.”

Fabio and Petter are actively working on the site that gives users “a 360-degree view of the Bitcoin ecosystem,” but have opened up an early signup list for people who want to be first in line to get their hands on this kind of information.