It’s critical that a company has available clean versions of its website at various stages. The number of things that can affect a website negatively are many and it could cost lost time and capital. Development disasters, server crashes, or hackers could each potentially be factors in revenue loss, site downtime, and a damage in reputation.

It’s not always practical for a startup or a major company to be concerned about every revision in code when their vision is set on achieving an innovation completely unrelated.

CodeGuard Does It Right

This is where David Moeller’s CodeGuard comes in. This Atlanta based startup backs up a user’s website and from the moment of that initial backup, the subsequent backups are made only in terms of the changes that were made in code. This way, the base of the site is backed up freeing backup time and storage space. 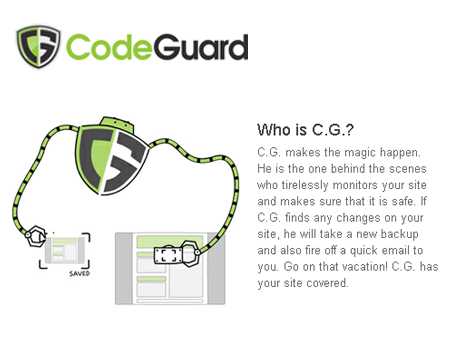 A mechanical engineering student at Georgia Tech, Moeller graduated and then went on to work for five years for GE in sales.  This wasn’t quite enough for Moeller, so he set his sights to a greater challenge, Harvard Business School.

Harvard Business School seemed like an excellent opportunity to learn inside and outside the classroom as well as learn from some of the best and brightest about business within a controlled academic setting.  Moeller’s initial interest was in finance, he thought, so for a time his studies and interests where directed there.

While in his first year at Harvard Business School however, an opportunity presented itself as the reality TV show, American Inventor.  He called a good friend of his from M.I.T. and the two decided to give it apply for a spot and give it go. Why not? 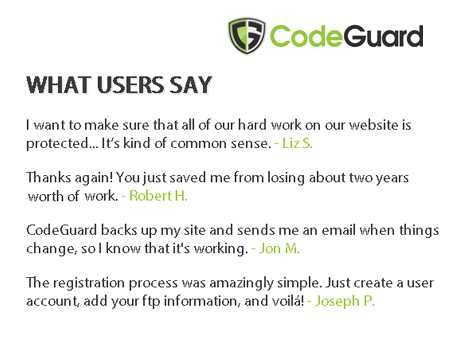 After being accepted to the show, the two were given $50,000 and were flown to Los Angeles for four weeks to work on their prototype and begin filming. This was in between his first and second year of business school no less.

Their invention, The Claw, is a device that allows one to hang a bike from the ceiling or a wall.  As of now, it’s available through Sears and Lowe’s because they ended up licensing the invention to Whirlpool’s garage product division, Gladiator.

A recent addition to Codeguard has been the use of a dashboard display as well as a more visually oriented interface. This allows someone who isn’t involved as much into the details of the coding behind a site to select, if needed, a version of the site that worked better than the one just uploaded.

CodeGuard also provides a notification system in which they are able to detect malware, viruses, and suspected hacking of the customer site. Then, CodeGuard sends the user an email in which the they can simply make a few clicks and upload the pre-malware version of their site up.

It’s a useful idea that now is widely used among many major companies across industries. With $1.3 million in recent investments from Imlay Investments and various angel backers, Codeguard is the word.