Why Trust Any Critic Over Your Heart?

KillerStartups > Startup Spotlight > Why Trust Any Critic Over Your Heart?

Top 10 actors of all time, greatest movie villains, best comedies of the ‘80s – we love to talk about, categorize and rate movies. Endlessly.

Even if we have widely different tastes, we can usually find something to talk about (argue over) when it comes to movies. Movies stir us collectively, lodge into our memories, and stay close to our hearts. 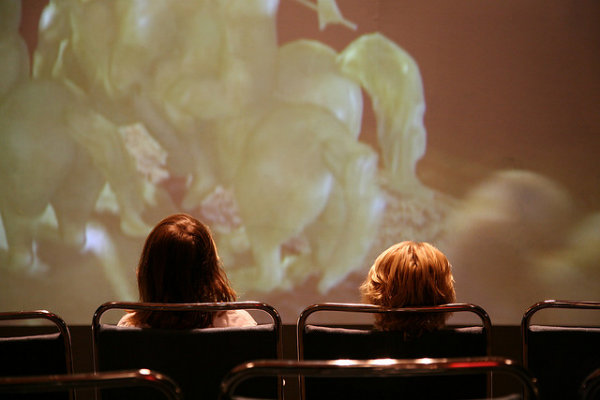 If you have a pulse, then you probably love movies. And movies keep the pulse strong, which is why it makes sense to turn to the heart for a definitive measure of just how much we appreciate any particular film.

That’s right. Coming in 2015 to a wrist attached to you. byHeart: an app for the Apple Watch that records your most exciting moment at the movies, “rated by your heart.” 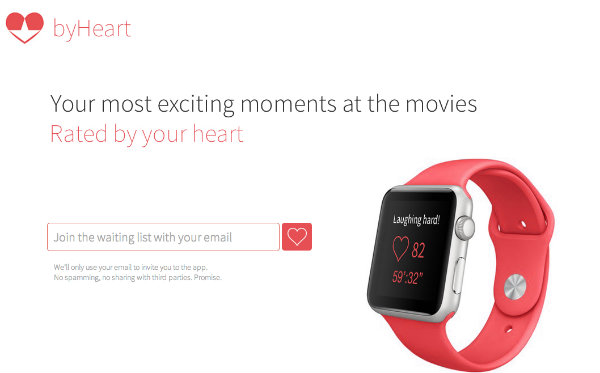 For byHeart’s part, it can display your heart’s rating and note the precise time so that it’s easy to chart how you respond to different moments during a film. Unsure of which Marvel character (Iron Man, Spider-Man, Avengers, X-Men, Captain America…) action flick packed the most thrills? Your heart will know.

You say that the Carrie remake didn’t frighten you? I call “liar.” No more hiding the fact that you’re a fraidy cat if you’re using byHeart.

byHeart also presents an entirely new way of building a movie library, categorized and ranked according to how movies affect your heart rate. And, of course, it will be incredibly easy to share ratings and compare reactions with friends.

I for one have a hard time deciding which Wes Anderson film I love the most. Currently it’s a toss up between Bottle Rocket, The Royal Tenenbaums and The Grand Budapest Hotel. I’m unlikely to ever decide, but byHeart might reveal a preference that I can’t put my finger on.

Can you see the possibilities and the necessity for re-watching favorite movies with byHeart? Day officially made.

My heart goes out to the filmmakers that will have to screen their work to audiences no doubt required to run byHeart while collecting feedback. It will be tough for directors to defend a scene that doesn’t move the blood a little quicker. Although maybe it will keep us all from being subjected to a dud picture pushed to the box office for no better reason than a star is attached.

Just when you think movies can’t possibly get any better, byHeart offers a new way for us to explore our passion for movies and to revel in the stories that only our hearts can tell.