Let’s face it: project management is not a hot topic. You won’t find little boys and girls across America dreaming of the day they’ll finally have teams of their own to direct, playing with special kid-versions of software Mommy and Daddy use at work. It’s simply not something most people willing spend their time thinking about but the fact of the matter is, it’s becoming increasingly important in our professional lives, especially for those of us who run startups.

That’s why finding a company that does project management in a way we can all (and by “all” I mean companies, clients, techies, and non-techies alike) understand, it’s definitely a cause for celebration. With that in mind, today I’d like us all to take a minute and celebrate Brevado, the latest and (possibly greatest?) in the project management scene. 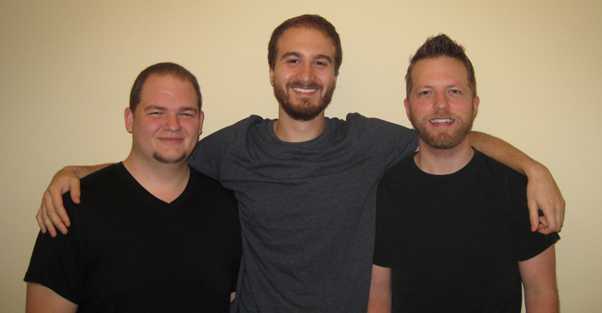 Co-founder Nick Zafiropoulos took some time out of his day to chat with me about why the kind of research that went in to making Brevado a top of the line project management system, some really impressive viral growth that they’ve seen, and his POV on starting a business with your best buds. Check it out.

So tell me about Brevado.

Brevado started when we realized that companies are not communicating with their customers as well as they should. We all came from a web development background – I came from an IT background – and what helped us most grow our company was our communication with our clients. What we saw with our clients, however, is that they were not keeping up with their clients as well as they should and were losing a ton of business as a result.

We decided to build a product to help solve that problem.

What kind of companies are you talking about? Who do you work with?

Mostly startups. A lot of the time the companies we work with are startups that are providing services to companies. They can be consultants, lawyers, accountants, web designers, graphic designers. They come from all different industries but they are always providing a service to another company.

And they happen to be startups as well. That’s mostly because startups recognize the importance of customer experience. For a larger company, they can lose a client or two and not really feel it but every client lost to a smaller company is devastating.

Why should people turn to you guys instead of any other project management site? 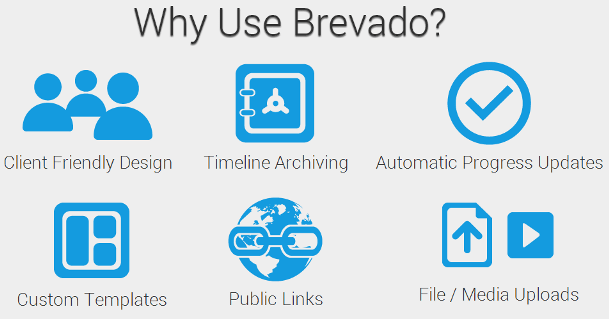 When we decided that this was something we wanted to pursue, we started reaching out and asking people what they were currently using and how it was working for them.

A lot of people were just using email and the problem with email is that it gets lost, archived away. It’s a lot of useful information that’s not being used again and the most important thing for startups is data. They need to collect all of this information and, with Brevado, they have a better insight on what works and what doesn’t.

For the people who were using apps, a lot of them were using Basecamp. The problem with Basecamp is that it’s great for the internal team – basically people that have used project management apps before – but for sharing that information with their client, it’s kind of just up in the air.

A lot of times a team is able to make a project in Basecamp and when they include the client in on that team, the client is lost because they’ve never used project management software before and they don’t know where to go.

In Basecamp, the workflow is kind of up to you. It’s very open-ended. In Brevado, you go in and build out a timeline. That’s a single timeline; there’s nothing else and it’s beautiful as well: there’s no breakdown when it comes to the actual visuals.

When a client is invited to a Brevado timeline, they instantly understand what’s been done, who’s working on it, what’s coming up next, and when they can expect those things. It’s great for setting expectations and delivery on those expectations. 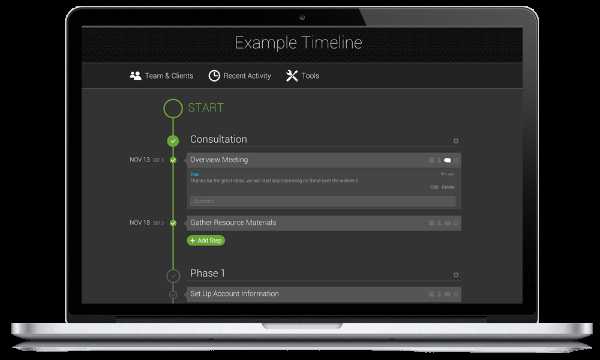 Where are you guys in terms of your own timeline? Do you have traction? Funding? Where’s Brevado at?

We were actually a New York-based company. We had about 30 beta users that were helping us and then we were accepted into an accelerator down in North Carolina so we picked up, moved to North Carolina. That provided basic funding.

While in the accelerator, we released a public beta and went from 30 beta users to 700 beta users pretty much over a weekend due to a little mini viral event that we had.

Yeah, that was an awesome time. That was during the accelerator. We were in 70-something different countries, spoke to a lot of different people; it was great.

After the accelerator ended, we ended our public beta and launched the product.

Can you talk a little bit about how you achieved that really quick growth?

If you guys are New York boys, are you enjoying North Carolina?

Absolutely, especially with all that snow they’re having. It’s 50, 60 degrees here right now and my entire family is freezing and covered in snow.

Being down here, the cost of living is a lot lower. They have such a thriving startup community that it’s very easy to meet up for coffee, meet up for beers, get advice. Everyone is very willing to lend a hand. Everybody’s super, super helpful.

That’s very cool. What were you doing before Brevado?

I find teaching to be one of the most important professions in existence. I think education is huge and I’m always an advocate for better education and improving the education field. I’m also a big bio-nerd so I was very much into that scene.

While I was doing undergrad bio, I also had my own IT services company. I started out when I was 17 by removing viruses from computers. By the time I had to close down the business to pursue Brevado, I was maintaining six different companies and their networks.

That was a lot of fun. I didn’t make a ton of money but I really enjoyed what I was doing and the connections I made with the clients that I had.

So the whole bio teacher thing is off the table?

No, I’ll go back and finish my degree. I’m only a semester off.

I fell in love with the whole entrepreneurial thing and I wish I’d known more about it a while back. I’m going to do this for a long time but I think eventually I’ll go back and I’d love to teach.

God, though, I can’t imagine going from being your own boss to dealing with the bureaucratic nonsense that is most academic settings.

I agree with you and I think it would be different at that point. There are a lot of things I’d like to influence and change and I think by the time I’m a teacher I’ll have the experience to make some major changes in the education field.

Awesome Nick, thank you so much. Is there anything you’d like to add before I let you go?

The only thing I’d like to add is that everyone knocks starting a business with your friends but let me tell you, I’m having a blast. I started this business with my two best friends and if it’s done right, if you sit down and really hash everything out and make sure that you’re not just winging it; if you treat it like a business when it needs to be treated like a business and then you can be friends as well, it’s really one of the best experiences.

Well, that’s a great note to end things on! Thanks again, Nick.