See Where Your Project Is Going: Interview With Benjamin Dell, Founder & CEO Of Updatey

Are we there yet? Kids drive their parents crazy with this question as long as they can’t visualize how close the family is to their destination, which usually equals whining from car parked until car parked. We’re all visual learners, so the same relationship exists with businesses and the clients, workers, and investors that never stop wondering at what stage everyone’s at with a project. 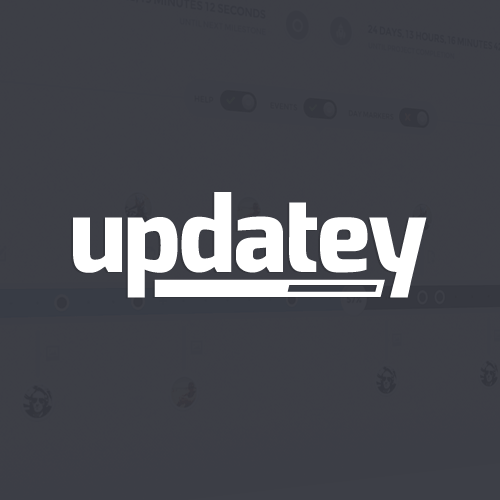 Approaching beta launch, over 600 people requested to use this free software in one 8-hr window alone. CEO and Founder, Benjamin Dell tells us more about how Updatey will allow users see to the end of the road:

What’s your company about? What do you do? Who are your customers?

Updatey is focused on helping you submit project updates and visualize them in a way your team, clients, investors or just about anybody can understand. Whether you’re building a website, constructing a house, launching a new business or writing a Hollywood film. If your project has a start date and people that care about its progress, you’re ready to go! 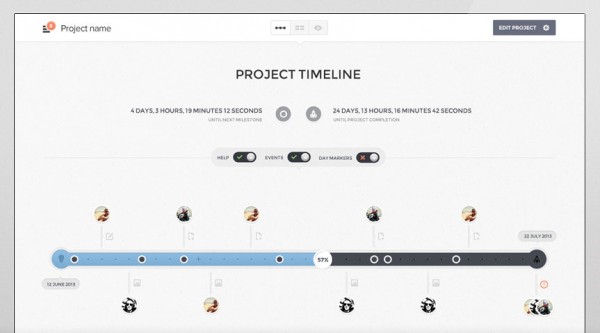 What’s the greatest thing about your company/website? Why is it better than the competition?

Where other project management tools focus on the day to day, Updatey cares more about the bigger picture. Put simply though, we believe there is a gap in the market for cutting through the tedium, the complex and the bloated that the typical “project management” app tends to bring with it. Instead, we focus on one core aspect – how can project owners present the progress of their project to those that need to know, in a more intuitive, beautiful and engaging way.

I run a web and mobile development company. It dawned on me one day that a vast majority of our time was spent responding to client requests asking where we are on a particular project, what the next milestone is, and whether there was anything we needed them to do. Updatey solves this.

What was your first computer? How old were you when you first got on the world wide web?

I first had a BBC Basic (I’m from the UK!). My dad was the headmaster of the school at the time, so I had pretty good access to the computers whenever I wanted. My real passion for computing and programming really took off when I went to university – there’s nothing more powerful in a young persons life than knowing that you’re learning by choice. Prior to University, I have to admit, I didn’t care much about learning.

When’s the last time you went on vacation and where did you go?

Last time was in June 2013 – we had a good old, wholesome, family holiday (wife, myself and 2 kids) in Lanzarote.

What’s the very first thing you do at work every day?

I sit down with my team, with a freshly made coffee (I grind my own beans) in hand, for a morning catchup on our targets for the day.

When do your best ideas come to you? In bed in the morning? During dinner? On your third beer?

I don’t have a specific pattern, place or time… I find that the best ideas come from interacting with the world around you… opportunities are all around us waiting to be found, it just takes a bit of skill to identify and capitalize on them. This is a roundabout way of saying that I can just as easily find a spark of inspiration when ordering a coffee as I can be when boarding a train. It doesn’t matter to me. Every interaction (buying something, pressing something, tasting something) conjures up random thoughts on whether said thing is as efficient / effective / fun / enjoyable as it could and should be. I think I have too many ideas flying around my head!

I started out on my own, and now have 3 other people.

A lot of people have big ideas. What gave you the confidence to actually go after yours?

I’ve never found this part a problem to be honest. I’ve always known that having the idea is just one part (and the most common, I might add) of the jigsaw. It’s what you do with it that makes the real difference and breaks you out from the rest of the crowd. Sometimes it’s as simple as popping a landing page up to see whether you generate any interest. Other times its more involved, but the trick is always to do ‘something’ to test that the hypothesis on which your business is based, is understood and shared by your target market. Now, of course there’s a real skill in executing a plan properly as well as in the right manner and timeframe… this part takes practice. It’s for this reason that I’ve had many many startups / products in the past – all that little bit more successful than the other. Each time I’m honing my skill and learning more of what to and what not to do the next time.

Remember the early days of starting up? Describe the struggles you went through.

Starting out is tough. It doesn’t matter what the idea is – whether it’s well praised by others or not. You still find yourself kept up at night worrying and questioning whether the startup is as viable as you thought it was in the first place. This never goes away – but you do get better at internalizing and rationalizing those worries and switching them from a negative to a positive influence. Over time, you flip these thoughts on their head to the point where they start to make you hungrier for success!

A solid family unit, supporting you is the most importantly thing. Employees, even friends are great and a big part of the wider picture, but if you only have yourself to go home to each day you’re going to struggle. My wife makes sure I focus on the right things and is never afraid to tell me if she thinks I’m doing something wrong.

What’s your office environment like? Do you listen to music? Watch movies? Play video games?

We’ve a fairly low key office – I’m still waiting for the big bucks to come in so we can design, architect and build our perfect office environment. My team does a lot of coding and heavy problem solving in the office, so they tend to listen to music. Video games, not so much.

We’ll of course have multiple butlers in our office, more space and hundreds of more employees – oh and of course, an office dog (probably a chocolate labrador) around the place somewhere. On a serious note though, we’re here to push Updatey to its limits. We’re only just getting started on the first part of its strategy. In the next phase, we’ll see it become much more oriented towards the needs of the super CEO, not just that of a project manager. We’re dreaming big – don’t you worry. 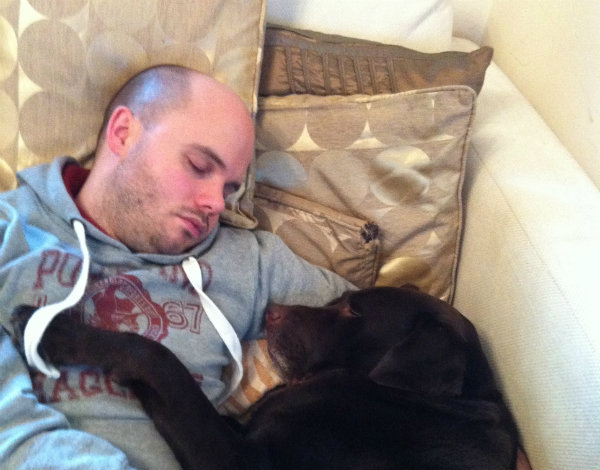 Who or what inspires YOU? Role models? Quotes? Running? Video games? Snack food?

I’ve always been a massive fan of the business biography. I find there’s so much to learn and enjoy by reading about a successful person’s life and the journey (and decisions) they took. I particularly love the robber baron era (Andrew Carnegie, JP Morgan, Vanderbilt, John D. Rockefeller). I’m equally as enamored by more recent business leaders – such as Richard Branson, Steve Jobs (yes, I’m a Apple fanboy!) etc. I’m a sucker for that kind of stuff. I guess I’m easily inspired and excited.

Updatey is privately funded, though we are starting to consider the possibility of going down the angel or seed funding route.

I’d section part of that off into investments (property and stocks), and the remainder would be set aside for my next startup (which I’d be spending the year-off planning).

Top 5 websites you couldn’t live without and why?

Top 5 mobile apps you’re in love with and why?

Number 1 country you’ve always wanted to visit but haven’t yet? (And why that country?)

India – Culturally diverse and intense at the same time. It helps that I love Indian food.

What advice do you have for other entrepreneurs struggling to get started?

Don’t underestimate the power of leaving your office! It might feel like you need to be at your desk busy (or seemingly so) with work… but some of the best ideas, opportunities and successes I’ve had have been had while being out of the office – whether that’s at a networking event, a breakfast briefing, or just dropping in unannounced at a client or customer’s office for a friendly hello.