When you think of healthy startup ecosystems, your mind probably goes right to Silicon Valley or New York or one of the other big cities in the states. But did you know there’s a burgeoning scene in Canada? The greatest thing about people who are into startups is that they recognize a gap in the market and do everything they can to close it.

That’s exactly what Ben Zlotnick, founder of INcubes, did when he wanted to take his “bricks and mortar” business digital and realized that the support system in Toronto was virtually non-existent. Instead of shrugging his shoulders and moving on, Ben took at look at what accelerators were doing in other countries, learned from their mistakes, and launched his own.

INcubes recently graduated their second class of badass startups, four companies ranging from a platform for event promoters (EventHoller) to one that connects social media directly with retailers, allowing for a streamlined shopping experience (Hovr). We’re really excited about what’s coming out of this accelerator, so keep an eye out for future interviews with the founders!

Ben and I had a great chat about why Toronto is becoming known as the “Silicon Valley of the North” and what makes a good startup.

I come from a little bit of a different background. My experience is more in the brick and mortar businesses. Currently, in Toronto itself, I run a landscaping business. So, nothing to do with startups whatsoever.

A couple years ago I got into the startup scene because I was looking at different ways to expand some of my businesses and obviously one of those ways is really through the web. Not knowing more than what most people know these days, I didn’t really have that much of a sense of the whole startup/investor scene, which is obviously a lot more extensive than what people know. 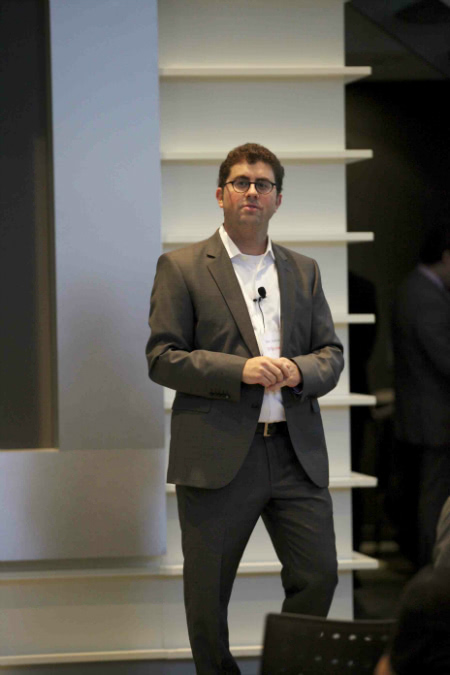 What inspired you to get INcubes off the ground?

One of the major factors of how I got into the whole accelerator and incubator space is that when I started out there wasn’t really a lot of help, at least in the local scene in Toronto. There were a lot of things happening and things were getting rolling, but there really wasn’t a whole lot out there. When I started up there was really no accelerator in the city based on the three month curriculum, similar to the TechStars and the Y Combinators of the world. There was really nothing out there in Canada, let alone in Toronto.

The more I spoke with startups and the more I spoke with investors in the city they said, listen, it is something that Toronto definitely does need. What I did was I put together a number of groups, did our market research and due diligence on what the industry is like and how we can accomplish it and get into it.

When did you get started?

Last fall we put together a site. I had a group of people behind me, got about 50 or 60 investors on board who might be interested in joining, and we ended up getting approximately 200 or so applications. For Canada, that’s something that’s pretty amazing.
We started our first program last winter, we ran it for three months, we graduated our first class at the end of February and we just graduated last week our second program of four startup companies.

And they’re all Canadian?

The applications that we received I would say were 90% Canadian. Obviously we do like to focus local and it is something we do try to works towards. I’m not saying that we won’t take anybody from the outside but initially the applications we got were basically from Canada.

Within those applications there were obviously many that weren’t relevant to us but we sifted through it and put together a very customized curriculum based on the good things that are out there and based on the mistakes that we saw other people had done and now know how to improve it. We put together a fantastic package.

What kind of startups do you look for?

One of the core factors that we focus on within INcubes is building the companies to be a sustainable business. Everyone talks about hitting that home run, like your company is going to take off and get a billion users. That’s phenomenal and we wish everybody could make it but the fact is, realistically speaking, that isn’t really something that in todays day and age happens very often.

Within the three months we build these companies—and this is a core factor in it—we build them an infrastructure so that when they go out there and they meet with whoever they need to meet with, they are going to be completely ready to deal with them, to know how to speak with them, to know what they’re looking for. 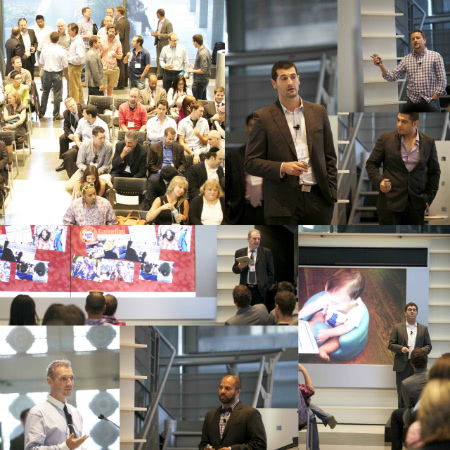 Do you have any advice who are starting out in the lean startup scene?

We have one company, Hovr, which is a fabulous company. They’ve got a CEO who’s a great entrepreneur, they’ve got a finance guy, marketing guy, product guy… So they’re extremely well rounded and it wasn’t necessarily a question of bringing them on board for their idea; we brought them on board for their founders. And that’s a very, very important thing that each of the startups do need, aside from obviously having a viable product.

What’s the startup scene like in Toronto right now?

I would say over the last couple of years, the startup scene has really, really grown. That ranges both from VC funds that have started up to angel groups that are coming into it and coming on board to the actual startup ecosystem itself.

All of the things you hear about as far as StartUp Weekend and Lean Startup are taking place in Toronto and they do refer to Toronto as the “Silicon Valley North,” which is a nice terminology. We’ve had numerous exits already out of Toronto itself.

One of the main things we’re trying to do is we’re trying to keep the Toronto startups within Toronto and not necessarily moving south. Obviously there’s a lot of opportunities south of our border but these days you’re able to cross those borders very easily and if we can keep these companies growing locally, it will only add to the entire ecosystem itself.

Right now, the way that we see it, in Canada you’ve got Toronto, Montreal is becoming hot, and then Vancouver out west is doing really well. They’re very close to Silicon Valley in the US, obviously.

This industry is kind of like the Gold rush from the other century. We’re in it and we’re very excited about what’s going and we’re there to help out startups. 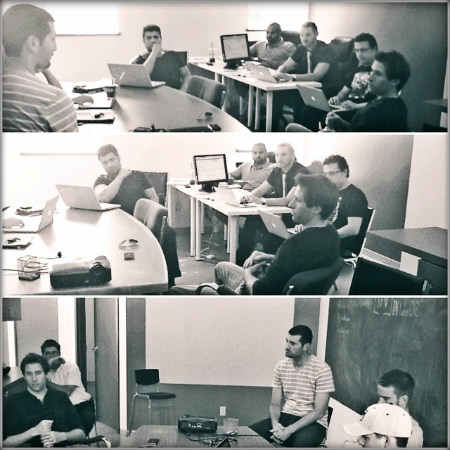 I’ve been thinking a lot recently about the recent massive growth in the startup scene. It’s like all of a sudden it’s just blown up. Do you think it’s going to come to a point where the market is over saturated or is this a limitless thing that’s happening?

It’s very tough to say. When we were taking applications for our last program we were getting a lot of applications for what centered around the mobile application, location based market. Something like that was getting extremely, extremely saturated because everyone was doing the exact same thing. I mean, everyone had their own niche but, still.

There is an issue, definitely, as far as saturation within the industry. There are many ideas out there that are really just reiterating or doing it a little bit differently.

Can you expand on that?

The issue that can arise is that everybody wants to have a startup. Because everyone wants to have a startup, building great teams can become a bit of an issue because everyone wants to build a team around himself. Then the engineer, who’s able to build it but might not be that entrepreneur, still thinks that he has or can have that ability. And many of them do; don’t get me wrong, many of them do. The problem is if many of these people could come together and build themselves better startups, better companies that would last a lot longer, I think we’d be a lot better off.

Now, again, it’s still very early. I mean, the startup scene is maybe 10 years old. Obviously we had our big run in the late 90s and the past couple years have been exceptionally exciting, especially since the 2008 crash.

Speaking of the crash, it seems like a lot of people are thinking that startups are a way to get everyone’s economies jumpstarted.

Yeah, in Canada they’ve actually just announced a special visa for tech entrepreneurs to come into the country. It’s kind of like a fast track visa. So if you’re an entrepreneur with a startup that can get investment from Canadian investors, then they will fast track your visa.

Photos courtesy of the founder.