Do like a bushy beard? A well-trimmed chin strap? A smattering of scruff? Whatever your facial hair preference, you can find it on the site that’s dedicated to hairy chins: BeardRevered.

Call it a fad, call it a trend, call it Movember – facial hair has been enjoying a surge of popularity unlike anything its seen since the hairy 1970s. Folks all over the gender/sexuality spectrum are both growing and digging facial hair and they’re flocking to BeardRevered.

The site was started by London-based Victoria Ambrosetti, a woman who loves beards but claims she’s “not obsessed.” She created the beautifully designed site for beard lovers and lovers of those with beards. 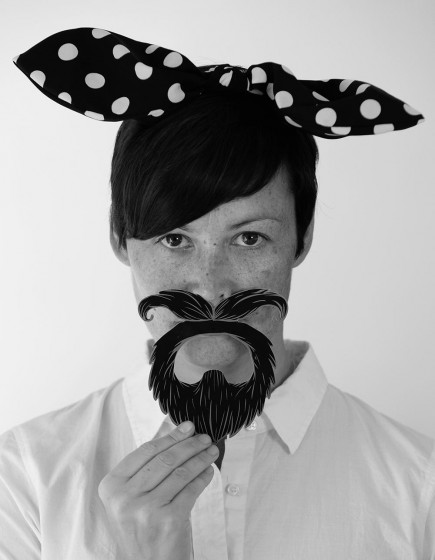 For folks who just really into people with facial hair – also known as “pogonophiles” -BeardRevered offers an extensive number of photos of these hairy hotties. The site also interviews “suitably interesting bearded wonders” about their facial hair and their lives. The interviews include a sit down with a band called The Victorian Barbers, a man who runs a “community supported fishery,” and a former cricket player that BeardRevered gives the lofty title of “beard icon.”

They also have a section called “No Words, Just Beard,” which is exactly what you think it would be – a photo of a bearded man staring smolderingly into the camera. No words. Just beard. It speaks for itself.

For people who are interested in being the best beardos they can be, BeardRevered offers reviews of the best beard-grooming products out there and tips from “industry specialists” on how to grow, shape, and groom your beard. Be sure to check out the 12 Days of Christmas series that they put out lat year, highlighting awesome gifts for facial hair aficionados. Also don’t miss their “Reviews” page, which covers everything from beard balms to a film starring a bearded scientist.

They also have a funny section with the slight misnomer “Beard Facts.” Whereas I went in expecting some Guinness Book of World Records info, the page is populated with quotes about beards that are obviously great for social media sharing.

Of course, this is all just a small sampling of the many bearded delights you can find on BeardRevered. The site is a veritable smorgasbord of basically anything you could possibly want to know or see when it comes to beards so if you suspect you may be a pogonophile yourself, head on over and peruse to your heart’s delight.