What Did These Startup Founders Do That Made Total Strangers Wanna Have Them Killed?

KillerStartups > Startup Spotlight > What Did These Startup Founders Do That Made Total Strangers Wanna Have Them Killed?

Celebrity, secrecy, threats, lucrative deals – just the usual that comes with a startup disrupting a market. Simply part of the intensifying debates over whom should have access to information online, how best to use the abundance of data available, and putting a price tag on items of abstract value. Or, so the game appears when technology enters the world of contemporary art.

ArtRank is an index that “identifies prime emerging artists based on qualitatively-weighted metrics.” A proprietary algorithm measures factors such as social media presence, studio capacity and output, contracts and acquisitions, backing from museums and galleries, and auction performance. In some cases, information such as what collectors are putting on their walls comes from sources like Instagram. 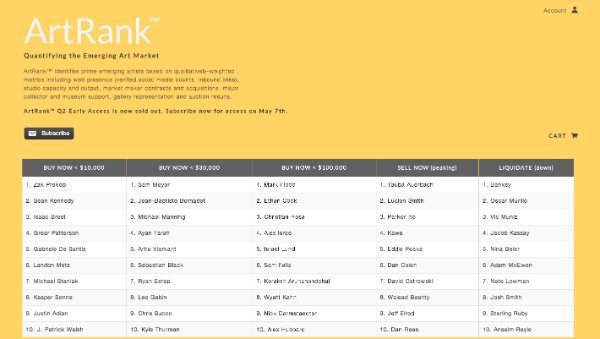 Based on weighing the different components and market comparisons, artists are ranked under the following categories:

ArtRank helps collectors identify star artists before their big sales. The company attempts to track the shape of an artist’s growth potential – in terms of investment return for collectors – and forecast value. Collectors and institutions pay for early access to the  quarterly index before it’s updated publicly.

Moreover, ArtRank distributes insider information and creates pricing transparency so that the auction market is less susceptible to manipulation.

As responses indicate, what looks like a mysterious and closed world to the outside observer is much the same on the inside. Power brokers generally try to discredit challenges to their authority, and so trying to quantify the market for emerging art has earned ArtRank enemies. One founder reports, “There was a collector who said we should be put in front of a firing squad.” 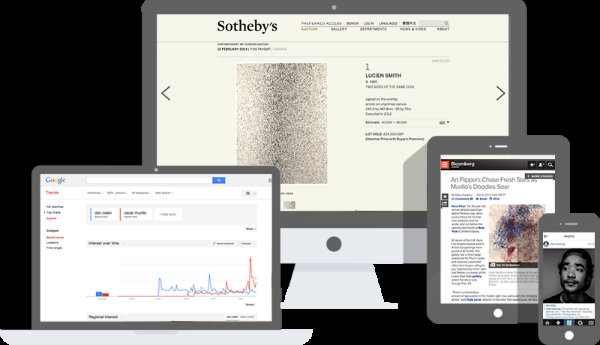 Already, the young company has changed names to protect the integrity of the index. The partners – who identify themselves as a data scientist, a financial engineer, and an art professional – have tried to remain anonymous to minimize conflicts of interests and keep media attention on ArtRank’s “algorithmic approach” to collecting contemporary art.

Those involved with the tech scene should be familiar with attempts to quantify industry knowledge and make actionable recommendations. However, the early success of ArtRank will turn heads in any sector. While developing the algorithm, the founding team saw a 4200% return on investment over a 16-month period. The inaugural early access sold out within an hour, at $3,500 per subscription.