Ripe For Disruption, The Travel Industry Is About To Meet 3BaysOver

KillerStartups > Startup Spotlight > Ripe For Disruption, The Travel Industry Is About To Meet 3BaysOver

We’ve all been there: you’re trying to plan a trip to some awesome exotic country and you just can’t get answers to your questions. Where are the best places to stay? What do you have to see? Where are the most affordable flights? Planning a trip can be a process so tiresome that a staycation sounds more and more appealing with every failed internet search.

That’s the dilemma Andy Ryan faced a few years ago when he wanted to take a trip to Brazil. Frustrated with the lack of good travel information, Andy set out to create a site that would help other adventurous travelers like himself. Through that process, Andy soon recognized that trip planning was so difficult mainly because the travel industry uses an antiquated, offline system. 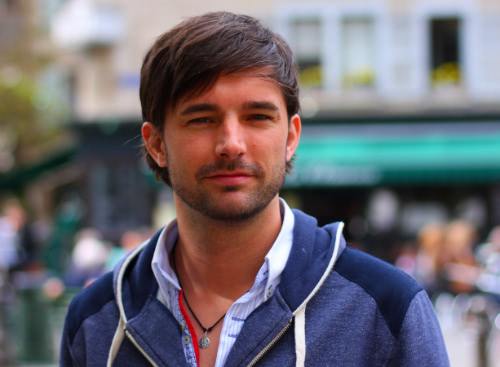 In true startup founder fashion, Andy pivoted his project and re-focused his energies on the travel industry itself. Websites like Facebook, Twitter, and LinkedIn were providing stop-gaps for businesses that focused on international travel, but there was no true online community for them to connect. Instead, owners were forced travel to trade shows around the world in hopes of making business connections.

That costly, inefficient system is still the norm, but it won’t be for long if Andy’s site 3BaysOver has anything to do with it. 3BaysOver is a “LinkedIn for the travel industry,” a site where travel professionals can meet, connect, and conduct their business in real-time. While providing info for the travelers themselves is no longer the goal, a more efficient industry would obviously translate to major benefits for the customers.

I caught up with Andy right before he hopped a flight from Buenos Aires back to Switzerland. Keep reading for an inside view on the travel industry, the best country this world-travel has ever visited, and what the finance and startup worlds have in common.

Can you walk us through how the travel industry works today?

It’s a really convoluted, illogical chain that’s going to see a huge amount of change and evolution and disruption in the upcoming years and we’re trying to basically write that way and make money from those changes.

In simplest terms, 3BaysOver is like a LinkedIn for travel. It’s a platform where travel professionals can create profiles and link to the companies they work for and then network and collaborate and do business together online.

It looks like you’ve completely cut the travelers out of the picture, then.

Yeah, travelers don’t appear in the equation at all anymore. We’re not focused on the traveler. For awhile we were both for travelers and business – so B2C and B2B – but then we thought, okay, these are very different dynamics. It’s very different – what’s going on on the consumer side and what’s going on on the business side so we completely sided with the business.

We’re very happy with that decision because there’s so much competition and so much innovation on the traveler side, whereas the business side seems to be totally overlooked. No one is really attacking that opportunity. It’s a comparatively light competitive market.

Who are your competitors in this market?

The closest one would be a company called OnTrade. They’re a couple years old now and we’ve been following them very closely. They actually have investors in Argentina and Chile, although they’re a US platform. They’re trying to create an online marketplace for the travel industry that’s totally for the industry as well. They want to attract buyers and sellers and get them to transact on their platform.

And what sets you apart from them?

Our strategy and our approach is very different. They’re trying to create the marketplace from the get-go, so they’re trying to attract people to the platform as a buyer or as a seller with an intent to trade.

We don’t believe that’s a good strategy for creating a good, vibrant community. We want to do something similar, which is our phase 2.

Phase 1 is more consolidating the community online. We’re focusing more on the community: we want to help people do online what they’re already doing offline. The example in the trade would be trade shows. It’s very much a behind the scenes thing where, if you’re not familiar with the travel industry, you probably don’t even know that it happens. It’s an incredibly old, offline industry, the travel business.

The only way today for travel professionals to engage with each other is to fly to the other side of the world to one of the major trade shows. Rent a booth, sit there with your brochures and hope someone comes up and asks you about your product and then you have a look around at the other stalls. It’s very much brochure based and things like prices are negotiated six months in advance. Those prices don’t change for market rates.

We believe – and our thesis has been confirmed time and time again through our users – that this antiquated way of doing business has to change. The travel business has to embrace the online world. Relationships need to be managed and able to grow online.

Who’s on your team now?

It’s two co-founders, myself and an Argentine guy. He lives in Switzerland and I’m in Buenos Aires but I’m going back this weekend to raise a funding round.

We have two founders, three developers in India, and an intern in Argentina. We’re pretty much a lean startup. We’ve raised some money but we’re cautious with funds; we are bootstrapping. We don’t have a big team, but we have a lot of work to do. 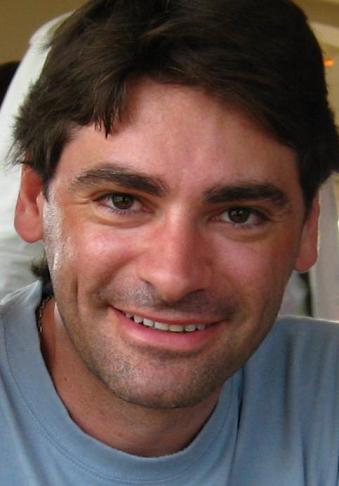 Why did you choose to partly base yourself in Buenos Aires? Was it because your partner is Argentine?

It actually has nothing to do with him being Argentine; that’s just a coincidence.

We kicked that off in October/November and it made sense for one of us to come down here to be closer to our users, in the same time zone.

But we’re a Swiss company, a Swiss shareholding company with all of our investors in Europe and we’re going to be building in Europe.

That’s the beauty of this kind of work, isn’t it? I know a lot of founders who either dream of or have reached the point where they can travel and work right now.

Yeah, it definitely seems to be the trend at the moment.

And would you say that your work has allowed you to do that?

Definitely. Now it’s very feasible because Diego and myself like the remote working style. Neither of us likes to be in an office. Most of the time we work best when we can choose which day we’re going to work from home or Starbucks or the park or even in another country: he’s in Barcelona right now.

I feel super lucky to have been able to do that. My kind of fear is that once we have a team we’ll have to be very careful about who we hire. There will be some need for us to all be together in an office because I don’t think most people work well in the nomadic style.

What’s your favorite country you’ve visited so far? Since your business is travel based, we’ve got to talk travel.

I’d be lying if I didn’t say Argentina.

You really love it, huh?

Yeah, I love everything about it.

What did you do before this?

I was in finance.

You know that’s interesting because lately I’ve been thinking that the startup thing has taken the place of the finance thing. That’s not to say that it’s exactly the same by any means, but I think that the same ethos of work hard, party hard exists and that the same sort of type-A, hyper-motivated person seems to be attracted to it. Do you know what I mean?

That’s an interesting thing to point out. I’ve definitely noted something exactly along those lines recently. I completely agree with you. Five years ago working in finance was the coolest thing you could do; it was where the type-A people went and now I think it’s really shifting. Maybe not completely, but definitely in some ways.

But I think it’s not a sustainable trend. I watched a couple episodes online of a really shitty show called Startups: Silicon Valley…

Yeah, Google it; it’s really bad. It’s a group of entrepreneurs, like six or seven of them, in a reality show. They go to parties and it makes it look like such a fun scene and a glamorous life, full of parties and beautiful people.

(Laughs) The startup life is working all the time and not getting recognition for it.

Exactly! And not getting paid for it, normally. And failing.

Right! And pissing off your girlfriend if you’re lucky enough to have someone stay with you.

Exactly. Basically I don’t even have time to have a girlfriend.

Thanks for chatting, Andy, and don’t worry about the girlfriend: You’ll get your life back someday. 3BaysOver is an excellent idea and I’m excited to see where you guys end up!