KillerStartups > Startup Reviews > Young Entrepreneurs That Are Changing the World

Young Entrepreneurs That Are Changing the World

The business world is changing at a rapid pace. People from all around the world are contributing to these changes. But what’s interesting, is the part that young entrepreneurs are playing. They are not waiting to get done with their studies, have a degree and then start their business. In fact, many of these young entrepreneurs are making good money by being their own bosses. They know what they are bringing to the table and are passionate enough to give life to it, with whatever possibilities they have. 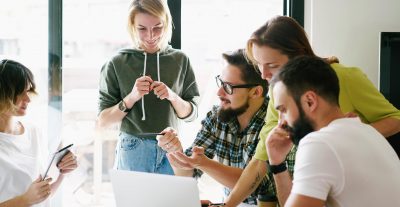 Let’s have a look at some of the young entrepreneurs who aim to bring a change, if not in the world at the moment, they definitely look forward to it.

Haile Thomas is a youth health advocate and a vegan chef. She is the youngest certified integrative nutrition health coach in the U.S. She was just 12 years of age when she founded the Happy Organization. Obviously, she had a push which made her do so. The reason that led her to create the Happy Organization was her father’s illness. He was diagnosed with Type 2 Diabetes and the medication to treat it had severe side effects. Haile, alongside her mother, started researching about ways to cater to her father’s illness so they can avoid giving him medicines. By watching documentaries on nutrition and with her mother’s help, she started making vegan meals intending to implement a healthy lifestyle regime. Fortunately, this helped to improve her father’s health to a great extent. This was the point where Haile realized the importance of healthy eating.

Born in an Iranian family, Milan is an 18-year-old, CEO and founder of Milan Farms. He created Milan Farms a when he was a high school sophomore. His farm focuses on creating a humane and organic system to raise poultry and organically growing 100% pure saffron. He took towards the agriculture industry, which is not really something most of the youth today, would look into. He was introduced to animals by his mother at a very early age. It was just through researching that Milan, who grew saffron in a small garden of his own, was able to become the founder of Milan Farms. He saw the flaw and focused on his part in creating a solution for the industry. Creating a more humane world for chickens! We have to agree that the world is into tech today, and here we have Milan, who wanted to be a farmer. He was confident about the path he chose and knew where his gut and passion was leading him. Milan farms distributes 100% pure saffron all around the world and eggs all across the west coast. Milan farms have expanded into three separate farms, providing pure and an honest option to consumers. With a strong belief in innovation, Milan is conducting research in hydroponic, and aquaponic systems with growing saffron.

Known as Benjamin Kickz over the internet, he is an 18 year old, selling unique sneakers to celebrities. What made him get into buying and selling shoes was his shoe, the LeBron 9 Galaxy, which his mother had bought for him. He wore them to school and everyone who saw those was going crazy. Back then, when he was in the fifth grade he had no idea that he would be building a business around sneakers. Gradually, he started getting into sneakers. He made his very first business deal, reselling a pair of Lebron X MVPs for $4,000, which he had bought for $400. Yes, you got it right! It is ten times the original price. From there on he started buying sneakers in bulk and selling them. Sneakerdon.com is his official resale website, where sneakers range from $100 to $20,000.

So, What Do You Get From This?

We can clearly conclude that despite the age, these people have turned themselves into very well established tycoons. They have future plans which are aligned with creating an impact on the world with their respective businesses.  And if that’s not something to live for and look forward to, what is?

These entrepreneurs show you that you don’t have to wait till you get your college degree to start a business. You can do it anytime and anywhere.