Yallo! Why Have Phone Calls Been Stuck In The Past?

KillerStartups > Startup Reviews > Yallo! Why Have Phone Calls Been Stuck In The Past?

“Why don’t you just call him?” I recently asked a friend who was struggling to communicate with a colleague via email and text. You should have seen the look I received – as if I’d suggested he ready the horse and carriage to head into town for shopping.

My friend’s shrug off is easy to understand (if not forgive) to an extent – the phone call hasn’t kept pace with the amazing advances in mobile technology. Texting is in. There’s an app to do almost anything imaginable… listen to a voice message? Who has the patience for that anymore?

I wouldn’t write the phone call off just yet, however, because Yallo is about to give our voices back a shiny role in conversing with one another.

Yallo fixes problems that have dogged the phone call and lets callers do a lot of things that they haven’t previously been able to do. For starters, thanks to cloud storage, you can save your calls and listen to them later. Unsure of what time that appointment is at and there’s no way to get a hold of the person who made it? Not a problem. You can listen again – even search your calls using keywords and phrases. Want someone to hear exactly what you’ve heard? Forward the call along. 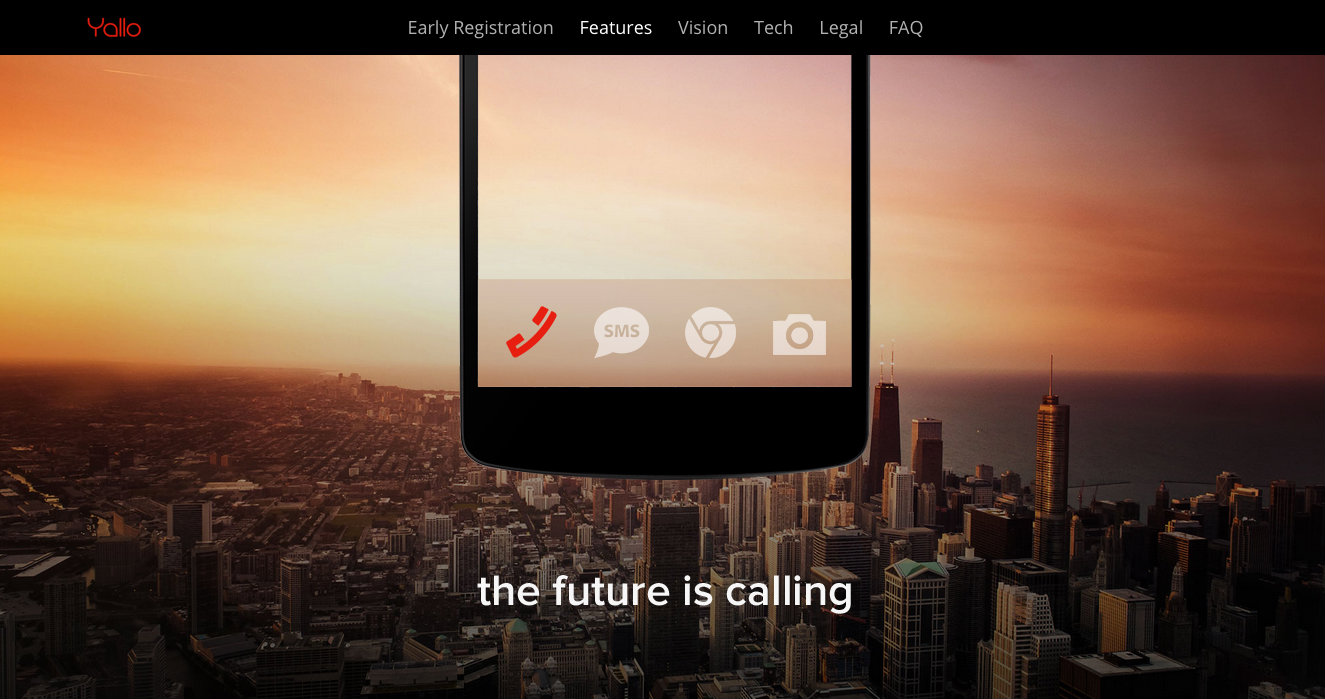 Navigating an automated menu of a service provider is annoying enough. The need to press 10 buttons to hear a message really should have gone away a long time ago. Yallo automatically transcribes voicemails so you that you can have a fast look.

You’ll no doubt want to know if Yallo has a remedy for those pesky dropped calls. Well, prepare for your blood pressure to drop, because when you lose the signal using Yallo it automatically restores it when it comes back. No more redialing nonsense, waiting to see who calls back first.

With Yallo you can keep your existing numbers and add new ones. The website also touts cheap international calling. Wish you could switch from your mobile to the desktop once you walk through the front door? Yallo lets you switch devices without interruption.

Signal strength is no longer an issue with Yallo either, as long as WiFi is available, since you can make calls with your number as if you were placing an ordinary call. If you have groups already created on your cell, in WhatsApp for example, you can make a group call with one click.

Of course, all of these features come in handy most often when the other person answers a call, which has become increasingly rare – not answering the phone has become default behavior, by and large because we don’t know the nature of an incoming call. Yallo has cleverly defused this monstrous frustration by allowing callers to include a caption with their call, giving the receiving party some context that helps them decide whether or not to answer. Bravo.

And the startup is hardly finished. In their own words: “… at Yallo our mission is to re-imagine the phone call as a platform for entertainment, personalization, organization, storage, and radical efficiency.”

Eager to hear the sweet sound of voices again? Discover how you can revitalize your phone calls at yallo.com or download the app from Google Play.