Finish this sentence: “Networking is ____.” If you filled in that blank with “terrible,” “awkward,” or “the worst,” I feel you. Networking is one of those things that you really have to practice to get good at, unless you’re one of those humans who’s just naturally gifted at it — and I think there are maybe ten of those in the whole world.

However, you know what’s not hard? What anyone with opposable thumbs (and probably some without) can do? Tinder. And that’s why Valor Connect has taken that Tinder interface we’ve all come to love and applied it to professional networking. 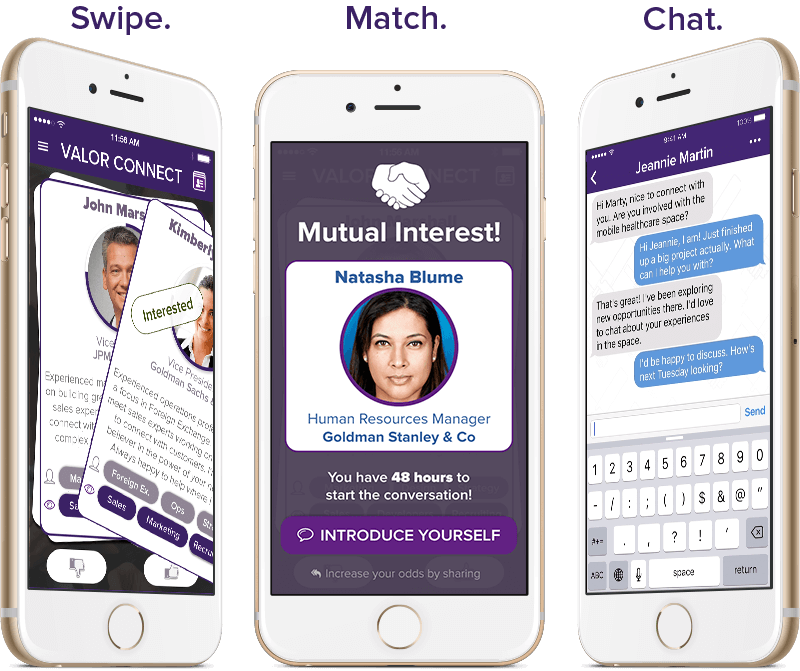 Picture the last networking event you went to. It was probably in a semi-interesting space, but everyone was wearing “business casual” clothing and you basically bounced around like a ping pong ball with the hope that you’d bump into someone who would be of value to you. (Ugh, even writing that sentence made me cringe, which I think kind of exemplifies how terrible the networking process is.)

But if networking events are like the professional version of middle school dances, Valor Connect is the efficient, 100 percent for-grown-ups solution to meeting the people you need to help you move forward with your career. After users put in what kind of opportunities they’re looking for, their skills, and their interests, the app provides them with a daily “deck” of profile cards that it thinks would be a good match. As long as both people swipe right, a connection is made and they have 48 hours to be in touch. 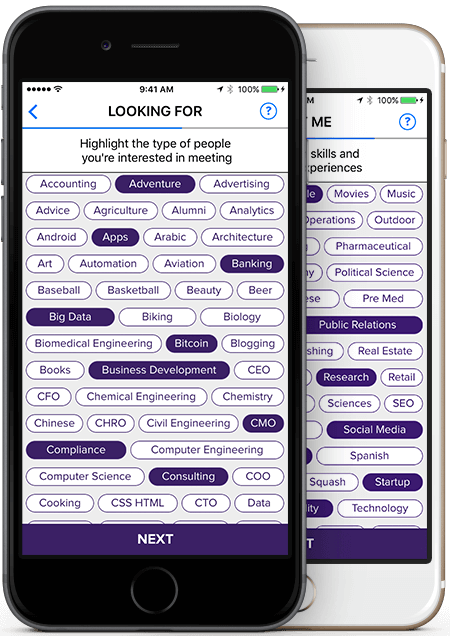 Valor Connect is also great for big networking events, allowing attendees to scope each other out beforehand (or even at the event), making the whole process much more efficient for everyone. Finally, the app is excellent for students who are looking to connect with alumni. (Which would definitely have been useful at my university.)

The app is also working on their own Relationship Science Algorithm, which gets smarter with every user swipe. They’re constantly analyzing the thousands of points of data they’ve collected about professionals worldwide, which makes every group of profile cards that a user gets better than the last.

So if you never want to feel that dread that comes with clutching your glass of crappy white wine in the corner of a networking event while you scan desperately for someone to talk to (just me?), download Valor Connect and start the process of making networking so, so much less awkward.