Could This Be The Coolest Clock Ever?

KillerStartups > Startup Reviews > Could This Be The Coolest Clock Ever?

In my life as a startup blogger, I sometimes come across an idea or a company that’s wacky enough that I’m not sure what to think of it. Is it awesome? Is it crazy? Is it just crazy enough to work?

Usually I can decide on my own which side of the crazy spectrum (awesome-crazy or crazy-crazy) a company falls but sometimes… Sometimes I just don’t know. In those instances I bring them to you, KillerStartups readers to determine: what do we think about this?

And you can even change it up, whenever you want. 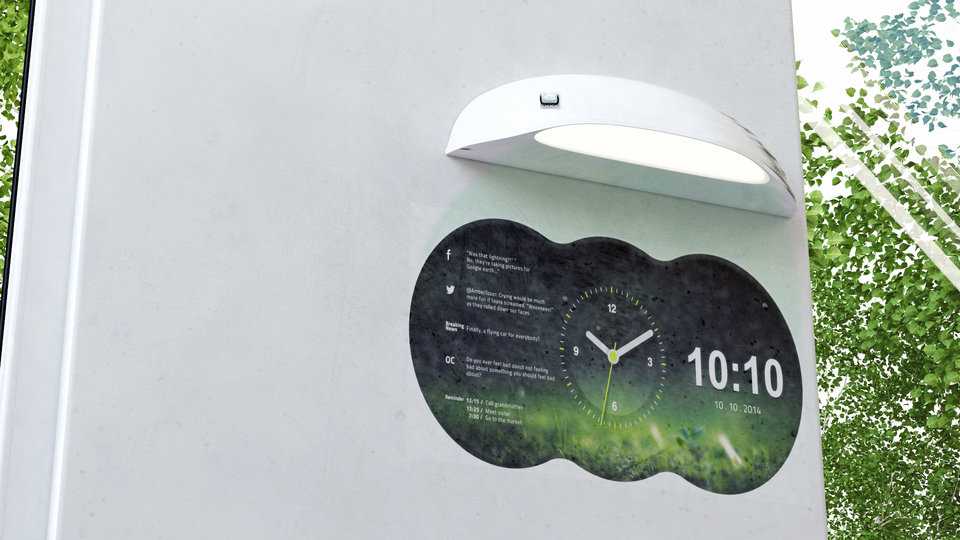 Okay, I’m going to try to explain this to you as best as I can. The idea behind The Coolest Clock is that clocks – wall clocks, at least – haven’t really evolved since the first sundials. They’re basically just numbers and arms, right? Well, the creators of The Coolest Clock think that’s a waste, so they’ve figured out a way to change it.

Integrating all of the things that modern humans love (i.e. smartphones and social networks), The Coolest Clock can be configured to display a wide range of information. If you’re someone who checks Facebook all the time, program it to show your newsfeed. If you like being connected to your boo 24/7, you can set it to show their latest photos. It can display the weather, breaking news, sports updates… The possibilities are practically endless.

Because it’s a projection, the shape of the clock can be changed too. Some of the examples they give in their IndieGoGo campaign include a clock that looks like a plate and cutlery, for the kitchen, and one with a cute couple on it, for the bedroom.
See what I mean about 100% customizable?

The clock is also controlled by an app on your phone, so it’s easy to switch up when you get bored. Considering the fact that clocks are probably one of the things we look at the most each day, I can see how users would get sick of the same thing day in and day out in this ADD-tech age.

So what do you think? Is The Coolest Clock awesome-crazy or crazy-crazy? If you think it falls on the awesome-crazy side of things, head over to their IndieGoGo campaign and help them turn their prototype into a reality. Oh, also, they have a pretty sweet referral deal on their as well. Give it a look.