Tasty Startups: Success Isn’t Such A Tough Nut To Crack After All

KillerStartups > Reviews > Tasty Startups: Success Isn’t Such A Tough Nut To Crack After All 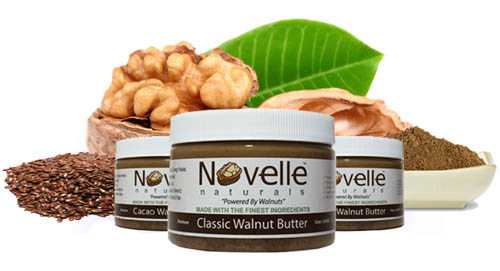 A nutritious and delicious alternative to peanut butter.

I am an unabashed, life-long peanut butter addict. It has been my favorite taste for as long as I can remember. Let it be known that I have worked in and eaten at some of the finest restaurants in the world lest anyone write me off as having an underdeveloped five-year-old’s palate, but give me my choice of last bite before I depart the world and I would reach for a spoonful of peanut butter.

Or at least that’s what I thought. I have recently encountered a new contender for ultimate morsel: Novelle Naturals Walnut Butter.

I’ll admit to belonging to the club that has overlooked the walnut. I mean, I’ve enjoyed them, along with hazelnuts and cashews and pistachios and… you get the idea, but I’ve never stopped to consider it a potential rival to my sanctified peanut.

We’ll need to steal from the Dollar Shave Club guy for a moment and ask ourselves, “Are walnuts any good for you?” No, they’re f**king great for you. The California walnuts used by Novelle Naturals are loaded with antioxidants, omega-3 fatty acids and vitamin E. They also have the highest amount of alpha-linolenic acid found in any nut (huh?). Basically, you’ll live forever if you eat these walnuts.

OK, that’s an exaggeration, but walnuts are proven to reduce inflammation, prevent certain cancers, improve the look and condition of skin, and assist in weight loss. And they’re super-friendly to the heart. Nuts, right!

Added to the walnuts used in Novelle Naturals Walnut Butter, you’ll find coconut oil, flaxseed, cacao (in one version of the spread), coconut palm sugar, and Himilayan salt. I’ll let those truly curious discover for themselves the long list of beneficial properties of all these ingredients. Suffice it to say that this walnut butter is chock-full of energizing, nutritious, superfood deliciousness. 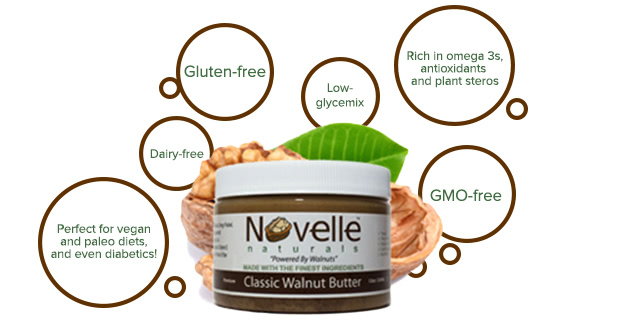 The compatibility of Novelle Naturals Walnut Butter with special diets is almost laughably extensive – it’s vegan, kosher, dairy free, gluten free, low glycemic, GMO free (anyone else hear echoes of the Tom Waits song “Step Right Up”,You can live in it, live in it, laugh in it, love in it, swim in it, sleep in it…?). Plenty of reasons for lots of folk to grab a spoon or knife. Besides, hello, it’s a nut butter, and nut butters rule.

Creator and founder of Novelle Naturals, Anthony Novelle, is a wellness professional and sports nutritionist who couldn’t find a walnut butter on the shelves that measured up  in his pursuit of “clean” eating, so he developed his own.

The initial release proved such a hit in the NY tri-state area that he’s taken to Fundable to crowdfund a second run and aim toward distributing Novelle Naturals Walnut Butter nationwide. Learn more about why this walnut butter belongs in your pantry at novellenaturals.com.

For those who love nut butters, here’s a walnut butter that hearts you @NovelleNaturals