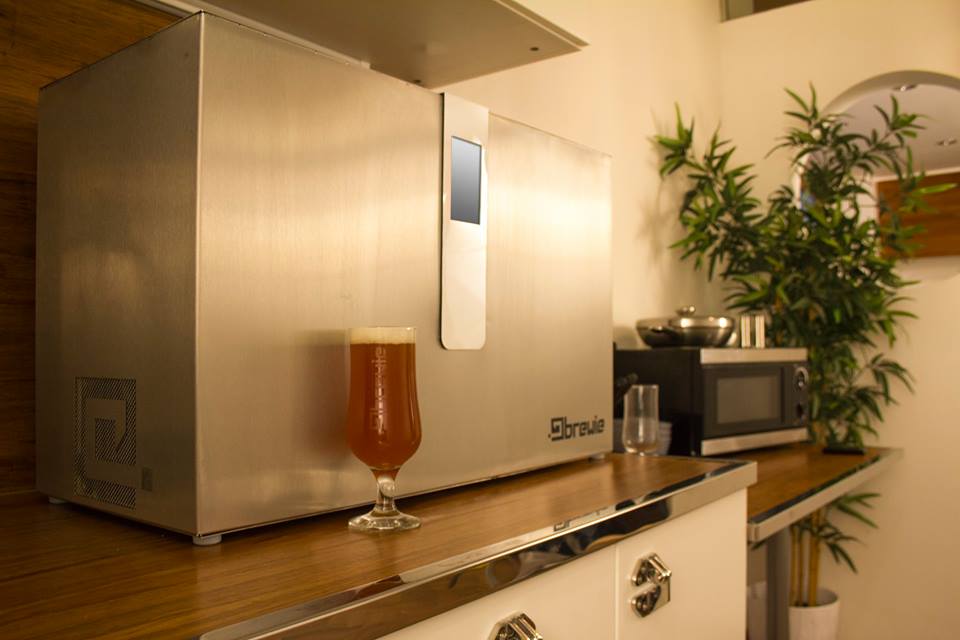 Make craft beer at home with the push of a button.

I’ve always dreamed of brewing a delicious beer at home with the same ease as preparing a pot of coffee in the morning. Brewie is the best bet I’ve come across so far for seeing my dream come true.

Brewie is an automated, home brewing machine. Drop a “pad” (a bag with all your prearranged malt, hops and yeast) into the machine. Scan an RFID card that comes with the ingredients, which wirelessly tells your machine what beer you want to brew. Press Brew, and you’re good to go. In 5-14 days, your beer is ready.

Brewie already has over 200 recipes in its database to choose from. You can brew any kind of beer you like, from lagers to IPAs to stouts and more. The machine is even so kind as to clean itself after a batch has finished.

More expert brewers can experiment freely, tweaking recipes, adding hops at different times – playing with 23 different parameters in order to alter flavors. An app gives home brewers the ability to control and monitor their machine on any device. Brewie also notifies you when a beer has finished brewing.

Why would you shell out $1,000+ for Brewie? Once you start down the craft beer path, there’s no turning back. It’s tough to swallow a mass produced beer after you’ve sampled the great variety of craft beers on the shelves and on microbrew taps today… which turns craft beers into a pricey habit in no time, or a torture if you live where you can’t buy them.

The startup calculates that it ends up costing you about $0.25 for a 0.33L glass of beer in the long run when using Brewie. A quarter a beer? Hell yeah! Who knew home brewing could lead to such huge savings?

Besides the money, logistics stand in the way for plenty of would-be brewmeisters. Home brewing sounds great in theory, but there’s a reason breweries exist. It takes time, skill, space, knowledge of ingredients and TLC to start from scratch on your own. The process is just way too complicated and time consuming.

Not so with Brewie. You can satisfy your thirst for brewing your own beer without going to too much trouble to make it happen. There’s an online platform if you want to seek out new recipes, talk shop with other home brewers and delve into more involved brewing, however, what most excites me is that Brewie eliminates the hurdles for getting started with basic brewing.

Brewie has already crushed it’s crowdfunding goals on Indiegogo, so prepare to see the sleek machine in homes in the near future. Learn more or pre-order Brewie at brewie.org.