If only we could skip past the work, see our dreams instantly translated into finished products that functioned perfectly.

Ha! Sorry if that notion made you spit out your coffee laughing. Straight to a solid MVP would be enough, right? Of course, any app goes through several iterations before it sees the light of day, and to reach even that happy stage in the game requires assembling prototypes – early versions that convince others to invest their energy and money in a startup’s vision.

Cue the laugh track for a parade of miserable renderings, prototypes that look nothing like they’re supposed to, that malfunction embarrassingly – stage props that fall down during the play, humiliating the actors and sending the audience running for the doors.

There is another way.

Proto.io is an SaaS solution that seeks to help startups in the early stages by allowing them to “create fully-interactive high-fidelity prototypes in minutes that look and work exactly like your app should – without coding!”

Drag-and-drop interface lets app makers use existing components from UI libraries to give their mockups a legitimate appearance quickly. (No need to reinvent the wheel, after all, unless you’re reinventing the wheel.) Interactive elements set apps in motion – responding to swipes, touches, taps, clicks, or what have you – so that apps feel like they’re ready to use.

Animations further demonstrate prototypes working exactly as if it were the real app. As the Proto.io website humorously but rightly tells it: “a ‘prototype’ cannot be static, unless you are building wooden tables.” Action gives the audience a better impression of the app’s capabilities and helps tell the story of what an app can do more convincingly.

To the same end, Proto.io supports prototypes destined for smartphones, smart watches, the console of a vehicle, or even household appliances. Proto.io lets users see apps doing what they’re intended to do on the proper device. As we’ve all been told a million times, seeing is believing. 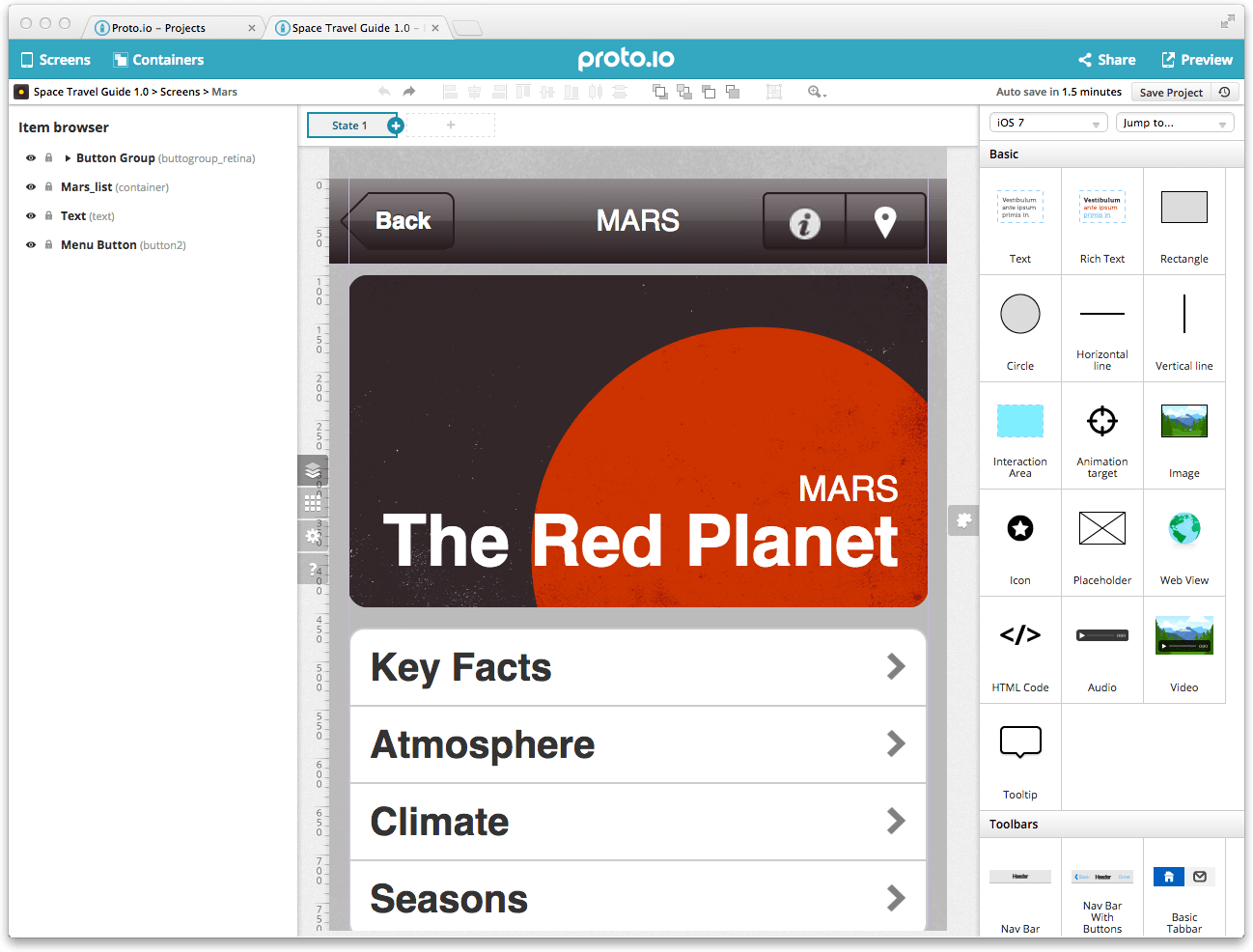 An array of tools also helps teams to collaborate effectively. Members from design, development, and product management crews can collect feedback and leave notes for everyone to communicate swiftly. Individuals can send PDFs of prototype screens or export them as fully interactive HTML to work offline, embed prototypes on websites to show them off and elicit early responses. The faster ideas can be tested and validated, the better for everyone.

Proto.io is so good at taking prototypes to the next level that they’ve already earned several A-list clients such as Disney, the BBC, Evernote, Yelp, and Dell. Standout demos created include Facebook paper, Instagram and Tinder for iPhone. 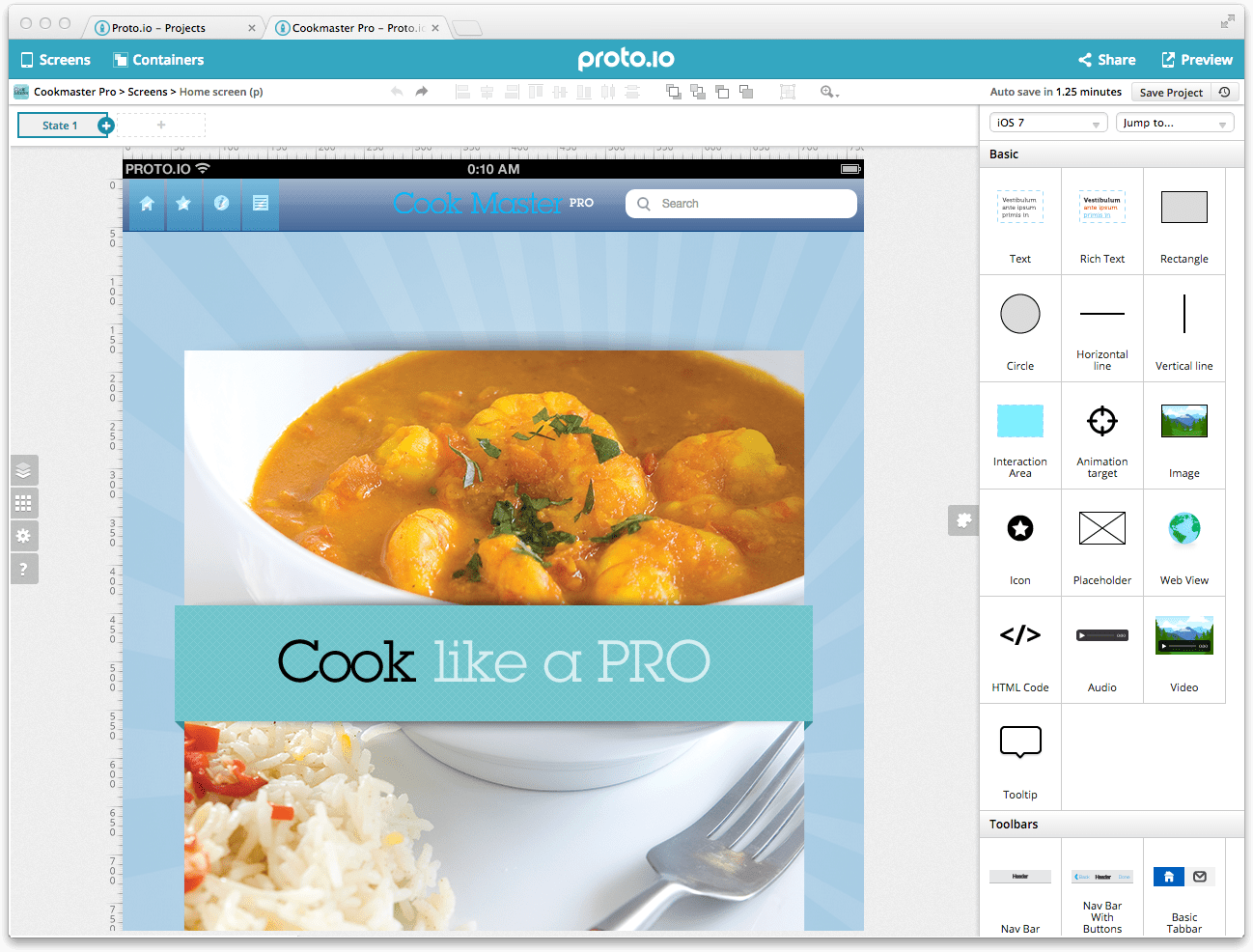 Tired of squandering money and manpower on prototypes that fail to impress? Proto.io offers a variety of monthly plans for project creators, priced according to the number of active projects. Dash to proto.io now to take advantage of a 15-day free trial.