Is That Plastic Protecting Your Smartphone? How ’bout Using a Digital Case Worth $1.5M

KillerStartups > Reviews > Is That Plastic Protecting Your Smartphone? How ’bout Using a Digital Case Worth $1.5M

It drives us crazy. No matter that it takes all of what, 3 seconds? for us to unlock our smartphone and to see the important information we were looking at before the screen went to sleep. The waits, the interruptions – the key details that sometimes slip away as the battery fades – make us insanely angry.

Say goodbye to such annoyances and hello to popSLATE.

popSLATE is a smartphone case that gives you a second screen on the back of your iPhone — an ePaper screen to be more precise (like those found on Amazon’s Kindle) that consumes so very little power that it stays on always. Always.

At first this nifty screen was going to simply serve as a place to add a photo and give your smartphone a dash of personal flair, but the dynamic duo behind the product, Yashar Behzadi and Greg Moon, paid attention to early testers and realized quickly that popSLATE could do so much more.

Thought you were brilliant by booking an e-ticket that you would present at the airport by opening your email and… oops, can’t find it. No need to panic. popSLATE’s screen has your back, and your reservation details are right there. Maps, to-do lists, notifications, scoring updates for the big game – keep whatever you fancy available at any time on the flip side of your phone. Until you’re ready for it to disappear. 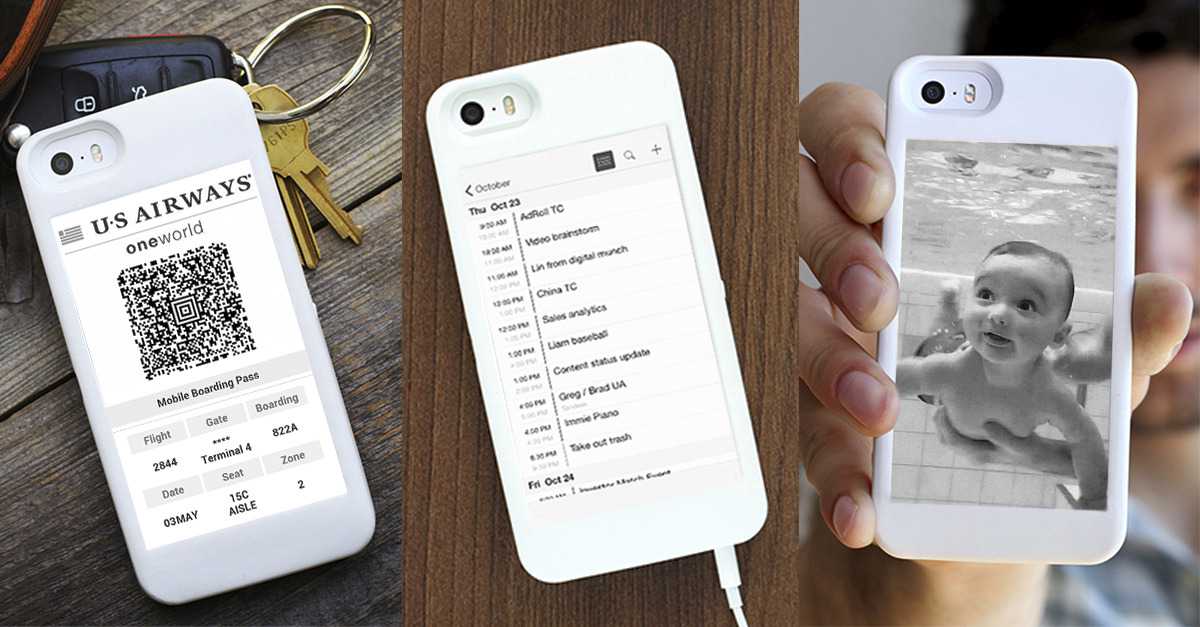 The application lets you control content, while slick tech lets you interact with the screen even though the case doesn’t have any sensors of its own. Oh, yeah, you also conserve your phone’s battery by not turning it on repeatedly, and you protect your device better than you would by surrounding it with your average plastic or rubber case.

How smart is this digital case for your smartphone? Well, popSLATE counts Charles Huang (founder of Guitar Hero) among its advisors and has earned the support of Silicon Valley investors Plug&Play Ventures and Tandem Capital. After exceeding fundraising goals by nearly $70,000 on Indiegogo in 2013, the company recently came back for crowdfunding seconds. 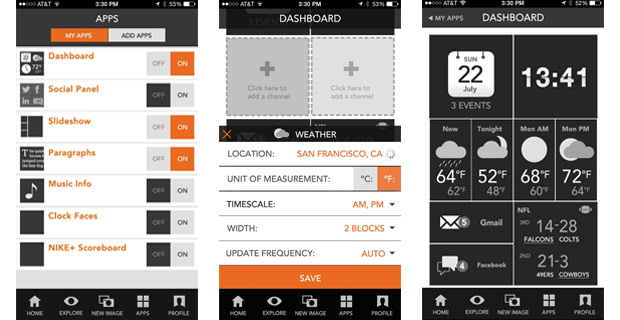 New funds will help the startup with their retail debut in Best Buy and the Apple Store. They’re also hard at work to complete development of a case for iPhone 6+ and to build an Android app.

Wish you could glance at your smartphone and immediately see messages or that recipe you’ve been cooking with? Turn to the future of smartphone casing at popSLATE.com to make it happen.