Step Up Your Game, You News Commentators You, And Talk To The Camera On SpeaKast

KillerStartups > Startup Reviews > Step Up Your Game, You News Commentators You, And Talk To The Camera On SpeaKast

Imagine the internet if everyone had to post their comments by making a video. What a different, civil place the online universe might become.

It’s easy to sound off behind the protection of an avatar, somehow anonymous to everyone involved in a discussion. It’s another thing to own your words completely for everyone to see.

SpeaKast is attempting to create a… shall we say, more respectful environment online. It’s a mobile app for voicing your thoughts about news around the world via video. It’s a platform to engage in discussion more earnestly, honestly – and visibly. Users watch, record and share similar video commentaries. 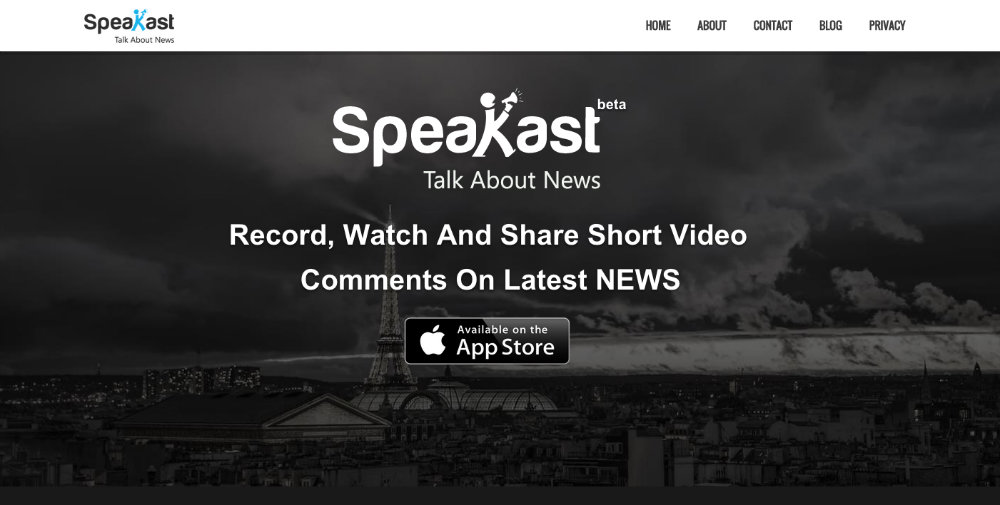 Yes, SpeaKast works a bit like a video version of Twitter, keeping messages to under a minute (still, you can speak a lot in a minute if you think about it). Though we haven’t seen the headlines yet, the internet is saturated with video and it’s not hard to imagine vlogging becoming the medium of choice – following in the footsteps of bloggers – for individuals to make their voices heard.

Seems everyone is dissatisfied in one way or another with social media. Too much noise, too impersonal… the list of complaints could run long. SpeaKast addresses a number of them by growing a community willing to actually see one another. Plus (I will cautiously suggest this, well aware that people do a lot of stupid stuff in front of cameras as well), in general, if you know you’re going to be on camera and take the time to put yourself there, you’ll be more inclined to make what you have to say worthwhile.

SpeaKast opens the door for peeps on the shy side too. Users can aim videos at family, friends, groups, as they see fit. Likewise, they can choose to follow others, or target specific news categories or media outlets to keep tabs on.

It’s a balance that may take some getting used to – getting comfortable if front of a camera while also speaking directly from heart and mind. It will require a rather adult step for people to move beyond shouting out whatever zips through the brain and consider who might see them talking. But it’s high time it happened.

The way that people find and consume news is still very much up for grabs. Is anyone satisfied with what they get from large media outlets? SpeaKast brings the world stage down to street level (where it lives anyway), for people to discuss things in a more personal, face-to-face… or video face-to-face fashion.

So if you enjoy engaged commentary, are hungry for smarter discourse, or have a news commentator within that’s been dying to be heard, check out speakast.co or download the app from the App Store.