The last time you heard about MySocialCloud was probably sometime in the summer months when you were browsing the Interwebs and heard a story about Richard Branson and Jerry Murdock investing just about $1 million in our company after a tweet sent us flying to Miami.

Since then we’ve learned a lot, changed a lot and want to share our experiences with you so far. The good, the bad and the okay. Unedited.

MySocialCloud started because three college kids couldn’t remember usernames and passwords for the life of them, and drunken college kids often wandered in their room “hacking” their Facebook because of the “auto-save” password form on their browsers.

Like any other killer startup, we learned that you have to actually start-up somewhere. And even though you have a big name behind you, like Sir Richard Branson, that doesn’t mean that you’re on the fast track to success or that you’ve got it all figured out.  There is a definite learning process that every startup undergoes.

In the beginning, our website was full of features and gadgets and things that made people go, “Ohhh, ahhh. This is cool,” but the conversation we had often ended wit,h “So what exactly am I supposed to do? Where do I get started?” With that, we started Google+ Hangouts with many of our users to determine where we were going wrong; what people didn’t understand, and what they did understand. What was useful and what just added to the noise.  These Suggestion Saturdays as they came to be called, were really helpful in learning what our users like and/or don’t like about MySocialCloud and consumer facing web products in general.

So we refined, simplified and made the site easier in terms of telling people what MySocialCloud provides and how to get the most out of it. MySocialCloud is now officially an online platform that allows you to manage all of your logins and bookmarks in one simple secure place on the cloud. You can store all your usernames and password for any website online and use our “Cloud It” button for one-click login to any site online. AND/OR you can publicly or privately store any online articles, videos, and photos into interest lists on your own profile. Make sense?  Most people think so.

During this process of, “finding who we are,” as a company, we learned that many of our users figured out exactly who they wanted us to be. They had enough of social networking sites – “do I really have to use the new MySpace? I already have Facebook, Twitter and Tumblr,” but couldn’t think of one, “personal utility,” tool that made their online life easier.  So, from a marketing standpoint, we entered that space. We had the same functionality – we just learned to market it better.

We also learned that nothing makes you more excited for work and life than having a work/life balance. In my last interview with KillerStartups, I mentioned that I started working at 8am and didn’t stop working until about 3 or 4am the next day. And as fun as that can be on really exciting days when we’re following an awesome idea we had, like our twitter integration, I’ve learned that getting an adequate amount of sleep (when possible), exercising, and hanging out with friends from time-to-time boosts both productivity and motivation. 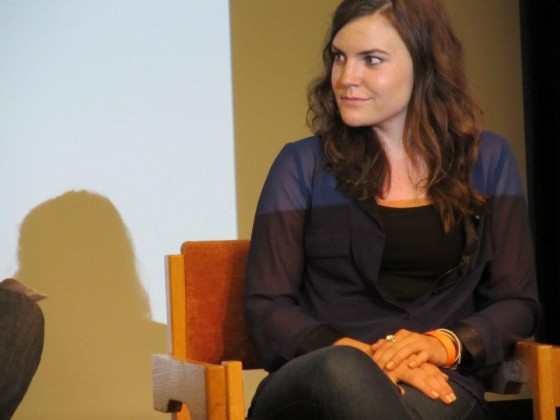 And lastly, we learned that our users are #1 and that they love to have tons of fun. MySocialCloud is what it is today because of all of them, so we love to throw parties in their honor. So if you’re ever in Los Angeles, like our Facebook page, tweet us and let us know when you’re in town!

Stacey Ferreira is a co-founder of MySocialCloud.com, a technology startup that allows people to store their usernames and passwords for all their online websites for auto-login and share websites with friends easily. During her senior year of high school at Xavier College Preparatory in Scottsdale, Arizona and at just 18 years old, she started the company with her brother, Scott and her friend, Shiv Prakash. After completing one year at NYU, Stacey has decided to take a leave of absence to pursue MySocialCloud full time.

Stacey has also sat on the board of a non-profit, Open Table, which aims to help the homeless achieve self-sustainability, worked at an educational TV channel in Phoenix and followed her passion for music that allowed her to become involved with The GRAMMY Foundation and in particular, GRAMMY Camp.