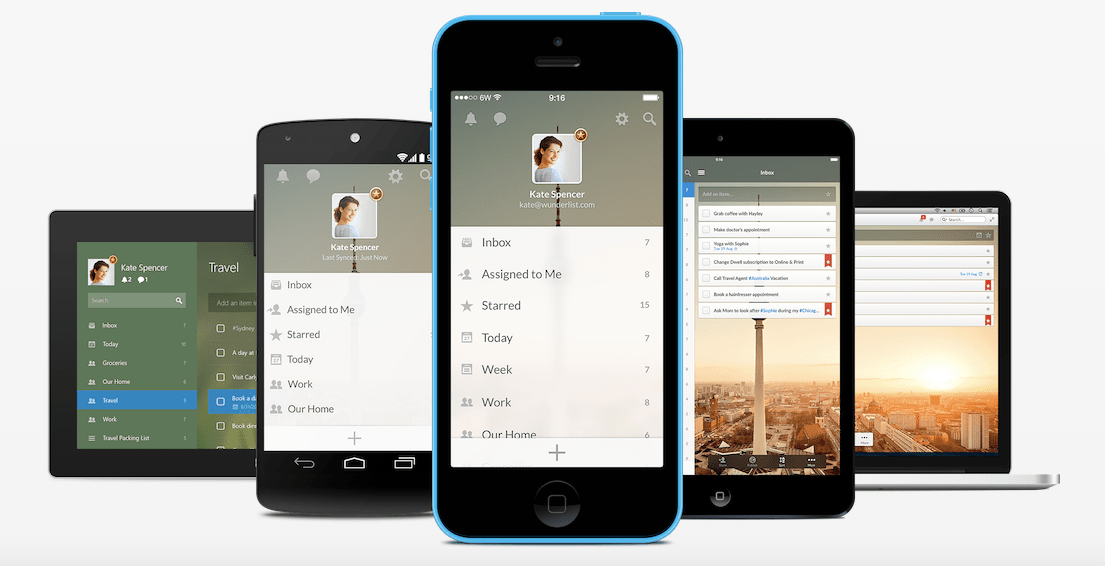 Make collaborative lists about anything with Wunderlist.

Okay, so, I’m kind of a control freak and I also have a terrible memory. As a result, there are a lot of lists in my life. I make the normal lists (work, groceries, packing, etc.) but I also make weirdo lists like favorite South American plants and certain ways I remember the countries I’ve traveled to.
Oh yeah, and I’m a blogger, so: listicles. But that’s a different post entirely.

Anyway, my love of lists is why I love Wunderlist. It’s a great way to keep track of all of the things that you should be remembering, but can’t with your own brain. It’s also an awesome way to make sure you’re on the same page, whether you’re planning a grocery list with your partner or figuring out who’s going to bring what to your next dinner party. That’s because lists can be shared with as many people as you want, across devices, making them super accessible and super user-friendly.

Another weird/awesome/unexpected thing that you can find on the Wunderlist site is examples of lists that different people have made. A far cry from your regular old boring grocery list, a quick perusal brings up lists like “How to eat clean in Berlin,” “Be thankful for…” and “Best Gins (that you can afford).”

Checking out other people’s lists turns Wunderlist into a discovery tool that’s slightly voyeuristic. The “Be thankful for…” list I mentioned above, for example, gets into some pretty personal stuff. The lists are a peek at what’s important to people around the world, from the mundane to the spiritual to the just plain fun.

So whether you’re a control freak like me, suffering from a crap memory, or you just want to see what other people are thinking about, hop on Wunderlist and start listing!

Who doesn’t love a good, solid list? Get listing with collaborative lists from @Wunderlist