Lemon Is Ready To Be Your Only Group Messaging App

Anyone who has ever tried to organize a group of people knows what a PIA it is. In the age of smartphones and multiple messaging apps and networks, the whole process of group messaging has gotten 800% worse. Some people prefer Facebook; some will only respond to emails; some seem to think that voicemail is still a thing.

With all of those options available, you’d think that the last thing the world needs is another messaging app, right? However, if you have a group that needs organizing — be it a class or a wedding party or just a group outing — it’s up to you to make the decision to stick with one messenger and don’t let anyone deviate it from it. Perhaps you could choose, for example, Lemon: a new group messenger that makes it really easy to get everyone on the same page. 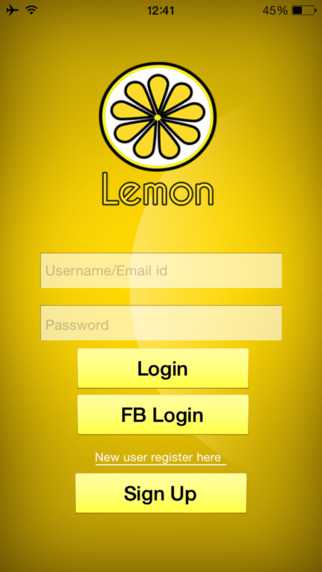 The app makes communicating with groups so simple that you don’t even need to add a phone number. All you have to do is click on “Join Group” to get into an existing group or “Create Group” to make one of your own. You can invite people to join your group, and from then on they’ll know that any messages about whatever it is you’re organizing can be found in Lemon. Not WhatsApp or Messenger or texts or emails. Just Lemon.

Lemon can be used for group messaging anything from professional contacts to personal outings, acting as your virtual people-herder for any and every group that you just want to easily get into one place or to receive the same message. If any of your group is objecting, just take the boss stance: This is what we’re doing and if you’re not on it, you’re out!

While the internet has made all of us infinitely more connected, it has also made it much harder to get everyone in the same place. If you’re facing this super common problem already, get Lemon and start living the easy life.