Klip – The Video Dating App That Reveals The Genuine You

All dating takes courage, a leap of faith. But online dating has turned that leap into base jumping, which is ideal for very few people.

Let’s be frank, to base your romantic decisions on static photographs is insane. They’re too easy to manipulate. Or fake. Even the best intentioned souls out there know how to select the most flattering photo that depicts what they look like .00000005% of the time. 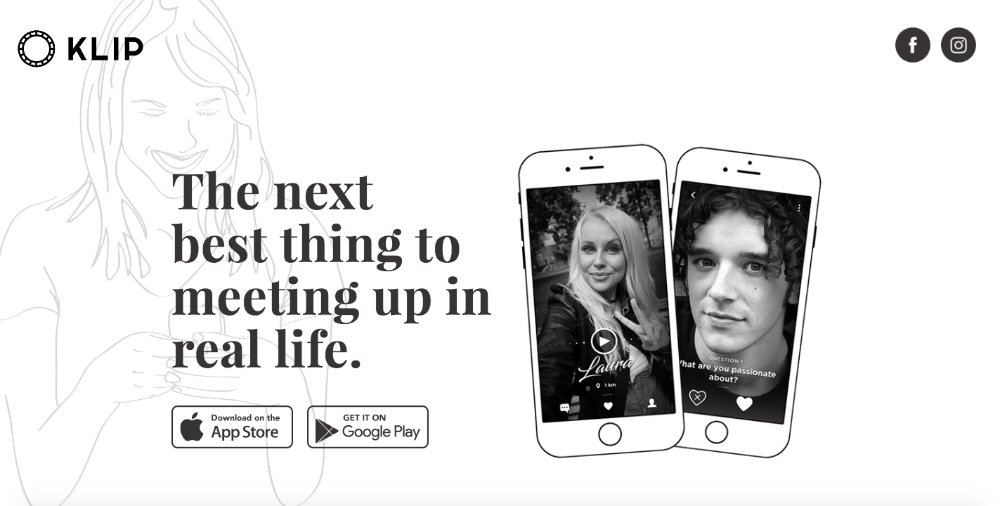 It’s a great testament to our bravery, hopefulness, optimism, that people continue to look to online dating for connections. Such boldness should at least be rewarded with a fair representation of the person you’re willing to get to know a little better.

Enter into the picture video, and Klip. Klip is a mobile dating app that allows users to search for matches via 21-second video profiles.

Klip works like this: Newcomers answer three random questions on video – designed to give others a glimpse of the spontaneous, real you. Genuine smiles, real emotions, not a Hollywood production. Klip aims to keep things real.

Users can then browse and watch the profiles of others, liking them or moving on with a simple click. In the case of mutual likes, people can start chatting or “klipping.” Klipping allows you to see your matches reactions to your message and keep gaining a sense of what the person is truly like. Klip records a seven-second, spontaneous video reaction by the message recipient, which you get to watch. And respond to the same way… Kinda like live video chat, but without the need to be online at the same time.

The creators of Klip think of the app as mobile dating for the Snapchat generation.

Klip was founded in 2016 after winning a Garage48 hackathon in Odessa, Ukraine. The team members had had their fill of problems with existing dating apps and were keen on building a solution that addressed the lack of authenticity on the dating scene.

With Klip, fun and daring are still encouraged, but that leap of faith is restored to a sane gesture. Download Klip on the App Store or Google Play, or learn more at joinklip.com.