Oh No! You’re Not Wearing Pants! 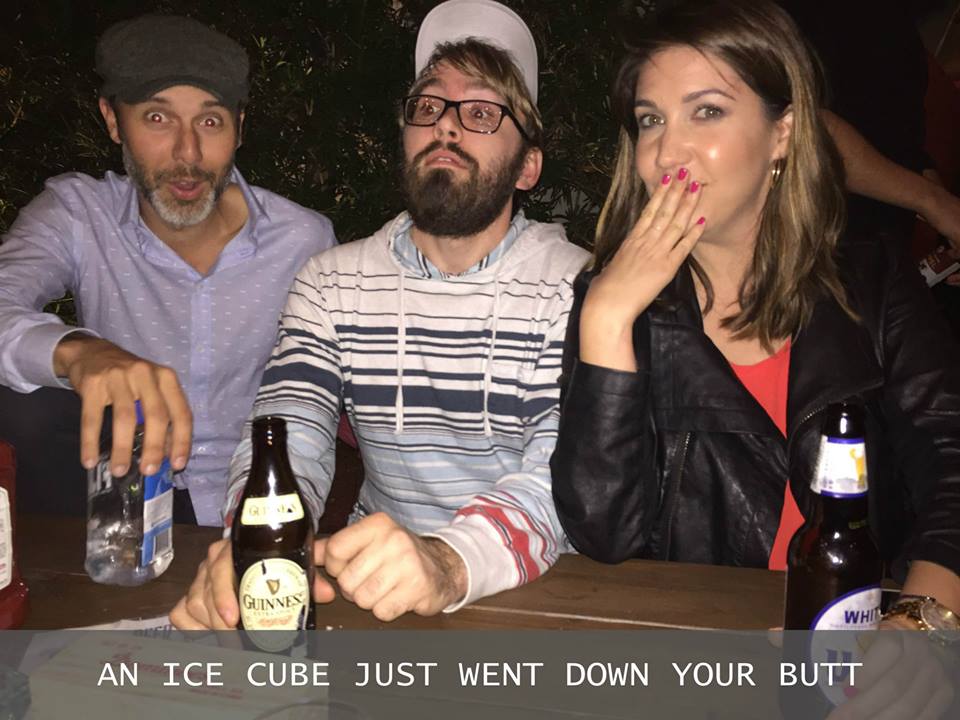 “WePose is a hilarious new mobile app that turns photo-taking into a fun game you play with friends.”

Photo apps are really more about having fun than anything else but some photo apps are more fun than others. Take, for example, WePose – the new mobile app game from KillerStartups alumna Holly Hutton and her team.

I first covered WePose – and talked to Holly about her path toward becoming an “accidental entrepreneur” – back in 2013. Holly and her team have been working on hard on making WePose a reality since then and I’m happy to announce that it’s live in the app store for any and all of you silly photo lovers!

For those of you who just joining us (and those of you who are too lazy to click on that link), WePose suggests funny poses and situations for each pic. You and your friends then act out the suggestions, which is way more fun than the standard posed, cheesy smile pics you’ve been taking at all of your get togethers.

One the WePose Facebook page, some of the sample pics they give have suggestions including “You’re an elf,” “Oh no! You’re not wearing pants!” and “Awkward family photo.” They’re the kind of pictures that you can just imagine ended with everyone collapsing into a giggle fit as soon as they were snapped.

WePose is obviously a fun “in the bar with friends” app but is also great for family gatherings, school reunions, and really any event where groups of people have gotten together and are taking pictures. They’re a great way to bond, break the ice, or just mess around for a few minutes.

The app also offers “packages,” which are specialized poses for different groups. Choose from ones for birthdays, kid-friendly ones, work ones, and naughty ones, depending on your interests or needs.

Get ready to take some hilarious, super fun group pics with @WePoseApp!