There are dozens of different helpdesk software offerings on the market, but most of them are flawed in various ways and force you to sacrifice some features for others, whether that’s cost, functionality, complexity, etc. If you’re a startup or small business and looking for a better option, Jitbit Helpdesk is the helpdesk software that “doesn’t suck,” as they so succinctly put it. Jitbit Helpdesk, a software company from the UK, is small enough to be personal, but large enough to be stable. Small but fast, they sell what bigger companies don’t have: agility and personal approach. 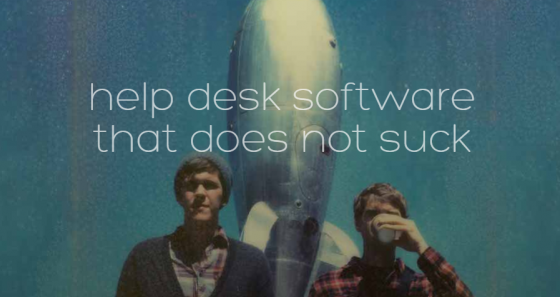 Jitbit Helpdesk includes everything you expect (knowledge-base, live chat, mailbox integration, powerful API etc) but it is VERY simple to use and install. Additionally, it is one of the few helpdesk apps that offers a “server” version that you can install on-premise. Jitbit Helpdesk’s ticketing system is dead simple, amazingly powerful and takes seconds to set up, allowing users to deliver awesome support to their customers, and is trusted by thousands of companies across 20+ countries. Powerful and affordable, Jitbit has incredibly low pricing while still featuring all the helpdesk must-haves, including email-processing, automation engine, integrations, etc, and offers both a hosted and on-premise version.

Mobile Helpdesk – Jitbit Helpdesk comes with free mobile apps for iOS and Android, allowing you to provide support to your users even when you are on the go. Jitbit has done their best to make an app that you can use on your smartphone with ease. Jitbit Helpdesk mobile app includes all the features you need to help you customers when you are out in the field. You can view and reply to tickets, assign technicians and change other ticket details, search for tickets, and much more. The app was also designed to allow your customers to keep tabs on their tickets, if they need to.

Canned Responses and Knowledge Base – Jitbit Helpdesk lets you keep tech support from becoming a boring routine by removing the dull repetitive actions and allowing you to concentrate on the fun stuff. You can insert canned responses or links to Knowledge Base articles with a couple of clicks, and Jitbit even suggests relevant Knowledge Base articles to users while they are typing their support requests.

Helpdesk Automation – Jitbit’s “if this then that” engine lets you automate the most boring parts of your job to save you a lot of time. With Automation Rules you can send automatic replies, assign technicians to tickets, set due dates, and even send HTTP requests to third-party servers when various events happen in your help desk.

Team Mailbox – Jitbit Helpdesk provides a great shared “inbox” for your helpdesk team, and throws in some advanced reporting, bulk-actions, ticket-merging, flexibility and transparency for the end-customer. The main ticket list lets you and your team see everything that’s happening at a glance, allowing you to prioritize your support ticket queue and see what needs your attention right now. With rich filtering and sorting features, you will never forget to reply to another ticket again.

Integration with 500+ applications – Jitbit Helpdesk comes with built-in integration with Slack, Jira, Github, Dropbox, Google Drive, Asana, Harvest, Visual Studio Online, and many other commonly used applications. It is also connected to Zapier, which allows integrating with 500+ different apps, and the built-in API ad webhooks allow connecting your in-house apps in a second.

Jitbit’s helpdesk software is extremely easy to get up and running. If you sign up for their hosted version, you can start processing support tickets in less than 30 seconds. If your startup is looking for an awesome app for customer support, header over to Jitbit Helpdesk’s site to try it online for free or check out their pricing scheme.