I’ll never forget the day my family came home from a trip to see my grandparents, only to discover we’d been robbed. My dad was an independent video producer who worked from home so, in addition to our TV and answering machine (this was the ‘90s, after all), the thieves had also taken thousands of dollars worth of cameras and editing equipment.

Luckily for us, our neighborhood robbers weren’t too smart. My dad put out the word that he’d been robbed and we found out pretty quickly who had our stuff. Even better? They filmed themselves showing off their loot using one of my dad’s cameras.

We basically had a videotaped confession.

After that incident, however, my dad wasn’t going to take any chances, so he installed a motion-sensor alarm system in our house. The only problem is, we had a cat who liked to jump things and two young kids in the house who had a tendency to wander. One of my funniest memories from that time is my dad running downstairs in his birthday suit, gripping a baseball bat, because the cat had set off the alarm – again.

If we were in the same situation today, my dad wouldn’t have to worry about the cat, because he could install a home monitoring system with ADT. Back in the day, ADT was a group of district telegraph companies. Now, obviously, telegraphs are a technology that’s long dead. Instead of laying to rest with the steam engine, ADT changed with the times and today is one of the top names in residential and business security. 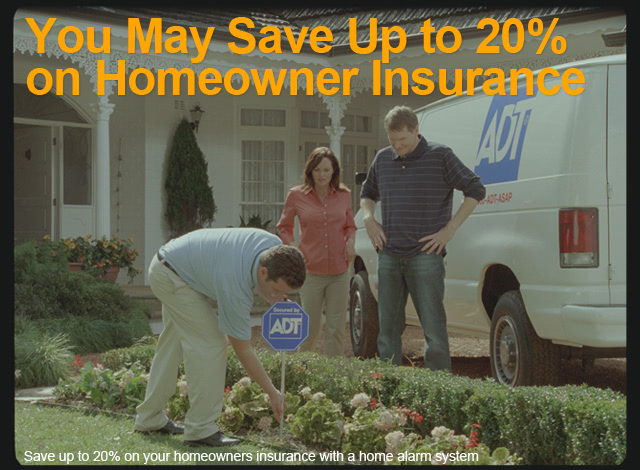 For folks looking for a home security system, ADT offers a variety of options. You can choose to go with 24 hour monitoring, wireless sensors on your windows and doors a digital touchpad, wireless keychain remote, a lawn sign and window decal, a high-decibel alarm, a power supply with 24 hour battery, and a motion detector – that can be configured to ignore small pets. They also offer monitoring for smoke and fire, carbon monoxide, flood and temperature, and a panic button.

The ADT system automatically alerts the police and fire station when one of the alarms has been tripped, meaning help is on its way as soon as anything goes wrong in your home. ADT also comes with a lawn sign and sticker, letting would-be thieves know that your house is protected, although if they’re as smart as the ones who robbed us, you might just be okay without it.

You can check out all of your options for installing an ADT home security (or business, if that’s what you’re looking for) on the iHome Alarm Systems website.