When my brother and I were in high school, my dad took the family to Australia for a month-long trip. I thought snorkeling in the Great Barrier Reef was the most extraordinary part of our travels at the time. Now I look back on our vacation with new-found awe, when I think that Dad planned the trip without booking a hotel for a single night.

It’s hard enough to imagine planning a trip before Priceline, Kayak, Hotels.com, or any of the other numerous travel search or booking websites available today, but to go without a guaranteed roof in a foreign country with two irritable teenagers in tow…mind blowing.

Somehow it worked. We never had to sleep in the car, though I remember driving on late into a few nights past a few smaller towns where all lodging was occupied. (And Dad won’t reveal how many late night cocktails he knocked back to calm his nerves.) Such a fly by the seat of your pants venture would feel a lot less risky today with the help of a mobile application like HotelTonight. 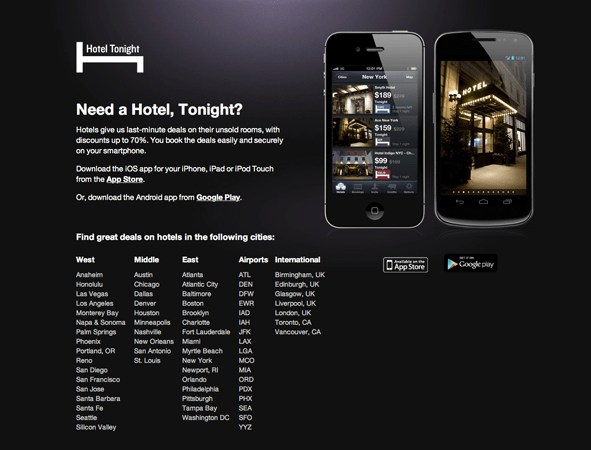 HotelTonight alerts Android and iOS smartphone users to same-day deals for local hotels. As of noon wherever you plan to sleep, HotelTonight sends 3 special offerings. OK, this app wouldn’t have helped the Liles family just yet since the company operates in the UK, Canada, and the US, but if growth stays on track, HotelTonight should be assisting stranded or gambling travelers worldwide soon.

Founded in late 2010, the app has already been downloaded over 3 million times. A $23 million dollar round of funding in June of 2012 (bringing total funding to $35.85 million) helped the startup set up shop in London, Liverpool, Edinburgh, Glasgow, and Birmingham in time to capitalize on summer Olympic traffic. HotelTonight now curates deals in 50 cities, which you can find here. 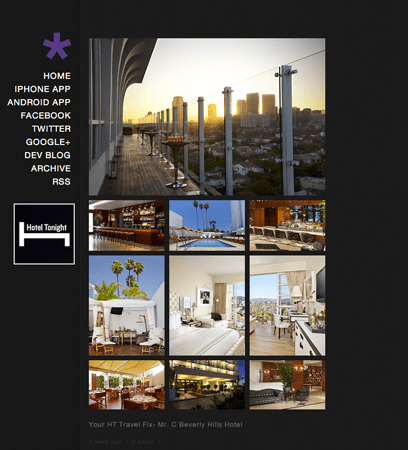 The business model is a winner. It gives travelers flexibility and the opportunity to find rates discounted nearly 70 percent. If an attractive enough offer comes along, it might convince staycationers to venture out for an evening as well. Hotels score by putting guests in rooms that would otherwise go vacant. Of course, the partnerships HotelTonight forms with hotels will determine the type of experience available, but for now the three daily offers provide different price point options–a deal to satisfy those seeking luxurious, middle-of-the-road, or budget accommodations.

Behind the Desk Concierges

Sam Shank, Jared Simon, and Chris Bailey co-founded HotelTonight. Shank served as CEO at both DealBase.com and TravelPost.com (an incarnation of the latter eventually acquired by Kayak). Simon helped grow the hotel side of Orbitz’s business, and has worked in both corporate development and finance as well as investment banking. Bailey honed his CTO chops at DealBase.com. The team is based in San Francisco. 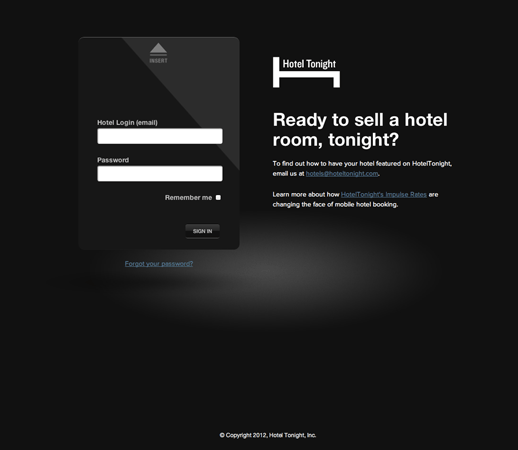 Now I just need HotelTonight to expand to Australia and then convince my father to take a second trip so that we can compare experiences… With the technology advances, we would no doubt need to test ourselves with two or three months of unbooked travel…

Join the killerstartups community. Get startup news, tools, and inspiration straight to your inbox.

Have a startup you'd like us to review? Submit your startup and get in front of millions of users.