Get Self-Guided Tours From People In The Know With Guidrr 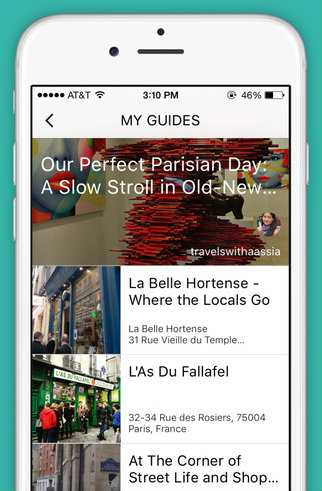 As a digital nomad, there are certain online tools that definitely make my life easier. However, most of those tools — AirBnB, Foursquare, TripAdvisor — are really oriented toward short-term tourists. As a result, you’ll see stuff like McDonald’s being rated as one of the top restaurants in Kuala Lumpur (true story). And if you rely solely on those tourist-focused apps, you also miss out on a lot of awesome local stuff that might never come across your iPhone otherwise.

Guidrr is a new app that’s definitely tourist-oriented, but it feels like they’re oriented more toward the type of tourist that I am — living in a place for a few months to get a feel for it — rather than the type of tourist my grandparents are — going on whirlwind three-week tours. (Not that there’s anything wrong with that kind of travel, of course!)

Guidrr lets people who already have influence online – either through their own travel blogs or on social networks like Instagram – monetize their influence. People can apply to be a “Creator” on Guidrr, and then create tours in whatever city they’re in. Users will then be able to pay for and download those tours in order to experience a new place in a totally different way. It’s a great way for travelers to find new places and make new connections, but it’s also an awesome way for influencers to get away from the freemium model and diversify their revenue streams.

Even though they’re brand new, Guidrr is already building a roster of influencers to help guide people through the coolest places around the world. So, whether you’re an influencer yourself or just have a serious case of wanderlust, head over to Guidrr and check out what they’re doing today.

Ready to see the world in a whole new way? Check out a self-guided tour from @Guidrr