Greater Exposure and Analytics for the DJ Community

DJs set the musical backdrop for a wide variety of events – and play a huge role in whether the experience will be one to remember, or one to forget.

But all too often, they don’t have access to the tools needed to optimize their performances.  The DJ schedule is quite often a very busy one, consisting of a diverse spectrum of event types, venues, and audiences – making analysis and and implementing improvements rather tricky.

Furthermore, combining this hectic schedule with the hours spent producing music leaves little time for fan engagement and branding.  This not only hurts DJs in the form of smaller crowds, but also leaves fans on the outside looking in when planning a fun evening out.

Introducing DaDJ App: a new social platform that’s shedding much-needed light on the wonders of the DJing community.  It combats the common issues that DJs encounter by allowing them to closely interact with their followers without breaking a sweat. 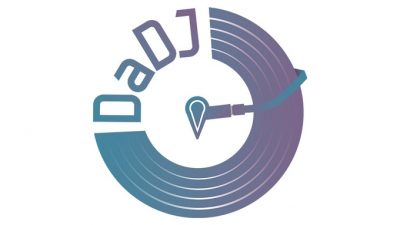 It also brings fans right in the middle of the action like never before – providing them with access to the latest DJ events, allowing them to vote on upcoming tracks, and much more.

It’s the DJ/partygoer connection that the nightlife world has been waiting for.  On top of this, the heightened visibility DaDJ App delivers does wonders for branding; and, the event analytics it provides allow for better decision making for the future.

A robust social media feature suite stands at the core of what DaDJ App offers – but there’s much more.  Here are a few more of the platform’s top features and benefits: 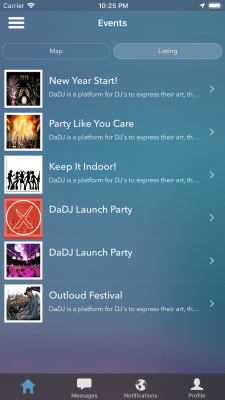 Founded by Joseph Zeiter (a DJ in his own right) back in 2016, the app has released to iOS devices earlier in 2019.  The company now has a direct pipeline into the thriving North American EDM scene thanks to an Instagram account with nearly 6,000 music industry followers.

Going forward, the goal is to leverage Kickstarter, industry event networking (booth at Collision 2019 in May), and feature additions to reach 10,000 followers this year.

Interested in learning more about DaDJ App?  Check out their campaign on Kickstarter at https://www.kickstarter.com/projects/1717819265/dadj-app – and contribute for a chance at some great rewards.