Gene Dolgoff changed your life and you don’t even know it. In 1963, at the age of 13, he invented a 3D television that was exhibited in the Brooklyn Museum of Art. From that early start, he went on to pioneer holographs in the ’60s, create the world’s first digital projector in 1984, and is now poised to completely change the way we interact with our entertainment devices by making them all 3D–easily and inexpensively–with his new product, 3-D Vision.

But just because Gene has been in the game awhile doesn’t mean he’s not hip to what’s going on right now in the entrepreneurial world. With his past inventions, like the digital projector, he went through the long and arduous process of securing funding from private investors and he’s just not into it anymore. Instead, he’s turned to crowdfunding with Fundable and he’s pumped about the results so far.

Gene and I talked recently about his history in the tech world, why crowdfunding (and Fundable in particular) rocks, and how the existence of the internet has affected his business model. And if you like the idea of what he’s doing, go donate a few dollars to make 3-D Vision a reality for everyone.

I was reading over your biography and I was actually a little intimidated. You’ve been doing this for quite awhile now, huh?

I’m really curious—how has been to see technology evolve? I mean, we’re sitting here talking on videochat and when you started working in tech, this wasn’t even conceivable, right?

I gotta tell you. In 1964 there was a World’s Fair in Queens. I had a job in the United States pavilion; I was doing maintenance on the VCRs there. That was a brand new invention and everybody couldn’t believe it… in that same World’s Fair there were these booths where you would go in, sit down, and you could call someone somewhere else in the park and talk to them and see them at the same time, just like we’re doing now. It was like the future! Whoa! Everyone was saying, “This is going to happen far in the future” and it’s only recent that here it is.

It’s really recent! I only recently adjusted to video chat and only since I moved out of the country.

It was there back then. There were a lot of things in the works a long time ago, but the way markets work it takes a long time for things to actually become public, common use. 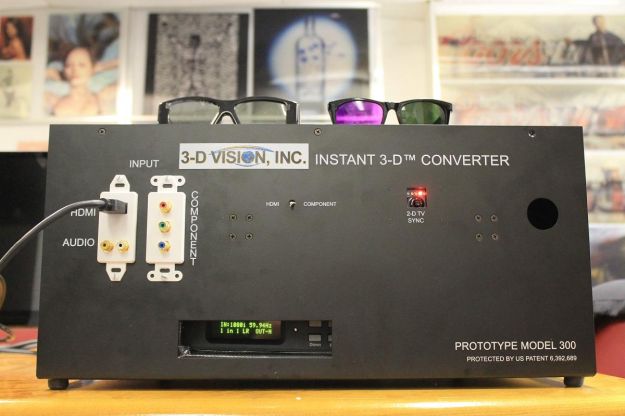 So you think it’s market driven?

Everything is really market driven. Technologies are way ahead. I’ve invented technologies so long ago that I’ve just had to sit on. Like the technology that we’re going to talk about, the 2D to 3D conversion, I did a lot of work on that for a few years and then finally filed the patent application on it in 1991.

Now, here we are and it’s been 21 years since I filed the first patent application and I’d been working on it for years before that but only now am I able to start bringing it out because the public just isn’t ready for these things and neither are the markets.

Let’s get into what you’re doing now. Do you want to talk a bit about your current product?

It’s a box and the idea is… it’s a revolutionary kind of thing. Now that everybody has gotten a taste of 3D they really like 3D. Certainly you can get great 3D in the movies and they spend a fortune making those movies in 3D, but for consumers it’s not so easy to get things in 3D. You first of all have to buy an expensive 3D TV and there’s a very limited amount of content available. Some games are in 3D and some TV shows and movies that are made for television are in 3D, but not much…

So what I did is, I said, “I’ve got to find a way to use technology to enable everybody to have 3D at home now, with whatever they’ve got, right now.” 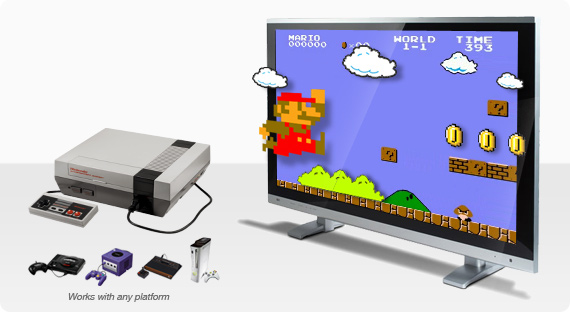 That’s what this box does. You get this box, which is going to retail for $299 and instantly you have unlimited 3D at home. All your video games are 3D, every one of your game systems is converted to 3D, even the computer games from the internet, plus all the video… Plus, you don’t need a 3D TV set because it also converts your display to 3D… It’s a revolutionary thing.

Yeah, it’s a box. It’s a little box when it’s in production; right now it’s a big box but that’s just a lab prototype. When we get the funding to do the engineering to shrink it down, it’ll be something you hold in your hand.

And is this your first crowdfunding experience?

And what do you think of the process so far?

It’s pretty interesting. It’s fun, but it’s also nerve-wracking and scary. You don’t know what’s going to happen, you don’t know what the right thing to do is. I was thinking of doing Kickstarter; they’re the biggest, they’re the first. And I was intimidated by it. I was thinking, “They’re the big time. They don’t get any bigger than this.” And half of their projects don’t get funded and I said, “I don’t want to be one of those.”

So what do I do? I was really hesitating for awhile, studying all of the different projects that were successful and weren’t to see what worked and what didn’t. Then I came across Fundable and they said to me, “We’d like you on our site.” And I said, “Wow, that is a great idea. It’s small, it’s new, and they’re really eager to succeed so they’ll be super helpful and we can work together and I can learn the ropes and start things going for me.” It was really great for me. 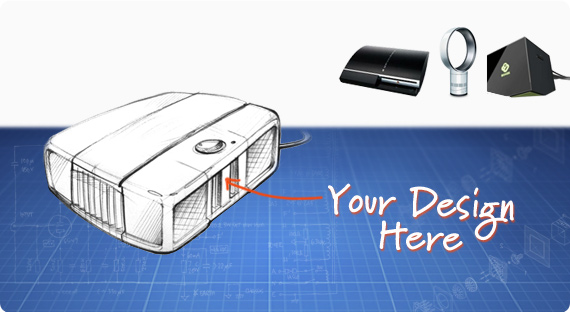 Why did you choose crowdfunding?

We need funding to be able to mass-produce and market and sell the product. The conventional route, which I’ve done before, is you go to investors and you make a presentation to them, you put together a business plan, you raise some private money, and eventually you go public and sell the stock on the stock market. I’ve done all that before.

When I invented the digital projector, I went exactly that route. It’s a very slow, painful, hard route to go… Now I heard about crowdfunding and it just blew me away. I saw how fast it could go and how much money it could raise and said, well, this is certainly worth trying. This is a much better route: I want to get this product out.

And if you don’t raise the money do you think you’ll go the traditional route?

Well, I am still going the traditional route already. We already have our business plan… We started in December. We’ve been looking around, talking to potential investors and that’s how I found the Fundable guys. They have an investment membership organization called the Go Big Network and I’m part of that. The idea there is to be introduced to their investors. They tell me they have 20,000 investor members of that company.

I am going that route and I will continue doing that unless I don’t need to.

What other ways would you say the internet has affected your business?

Well, it hasn’t yet affected the business. It’s very exciting, there’s all kinds of stuff going on. I just got on Twitter a week ago for the first time. I didn’t know anything about it and within a week 24,000 people got Tweets with my name in it, so that was pretty amazing.

That again was due to the diligence of that team there at Fundable. They’re incredible people doing really great work. They know what they’re doing, they’re working hard, and they get me out there.

They introduced me to this one guy called HipHopGamer. He’s apparently really big in gaming and was really interested when he found out his games could be in 3D. He came over to my office and videotaped himself playing his games in my office with my 3D converter. He’s a very animated guy so he was jumping up and down and screaming and freaking out and saying this is incredible! This game that I love that has only been in 2D, now it’s in 3D!

He puts out a show regularly and he has a lot of followers. He put out this 45 minute show on Monday and by Tuesday he had over 21,000 views on Youtube.