Forecast: 100% Chance of Falling in Love with Reign

Have you ever stepped outside in a downpour, had your umbrella ripped from your grasp or turned inside out, and thought to yourself, “Umbrellas need a serious upgrade!”

The folks behind Reign Umbrellas have. Which is why the New York-based startup decided to develop a new and improved umbrella that marks the first structural change to the traditional model in over 300 years. As the world’s first frameless umbrella, Reign has brought a new solution to old technology. 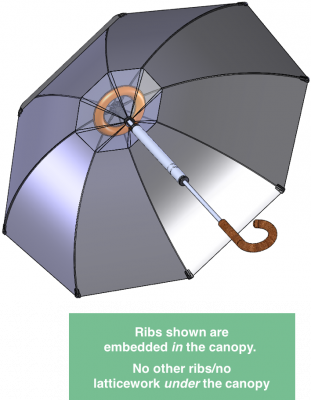 The company has spent the last 4 years developing and honing its prototype to revolutionize the current market. A Trademark has been awarded, a utility patent has been filed, and a manufacturing partnership with Ming Ho Brothers, who produce 700M+ umbrellas each year, has been secured. With their Prototype II scheduled for completion in March 2018, Reign is ready to storm the market and help consumers everywhere stay dry and happy. 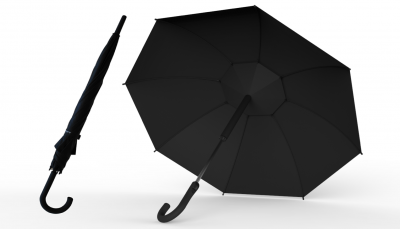 With the umbrella industry seeing little brand loyalty from its customers, Reign will push forward with enlightened marketing and a PR / branding blitz to make its way into the industry’s spotlight. Strategic partnerships with Scott & Victor, a Chicago-based ad agency, and Peerless Umbrella, the largest seller of promotional umbrellas in North America, will be instrumental in moving the needle towards Reign establishing itself as a well-known, sought-after brand.

Reign will first distribute its debut product by selling to the promotional products industry via Peerless Umbrella.  Once underway, Reign will start pursuing consumers through other channels including:

After Reign has a successful commercial launch of their initial, innovative new umbrella model, they will expand into other subsets of the umbrella industry. This includes branded and private label umbrella production, licensing their frameless technology and air donut design, as well as integrating their proprietary technology into other umbrellas including: compact, beach, children’s, doorman, patio, cafe and golf umbrellas.