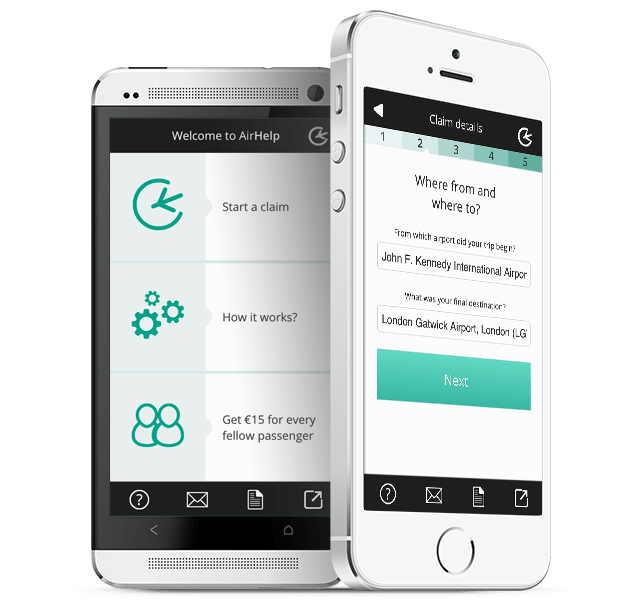 AirHelp helps passengers collect money owed to them by airlines due to flight delays or other issues.

Anyone who has ever had to do anything that isn’t 100% straightforward with an airline knows that airlines are crazy-complicated behemoths that seem like they require a Master’s Degree in Airline Rules just to figure out. Whether it’s figuring out how to cash a travel voucher, getting money back when a flight is delayed, or tracking down lost luggage, airlines are hella hectic.

AirHelp exists to not only help you navigate the crazy that is one aspect of flying — delayed and bumped flights — but also get you some serious cash in the process. The site goes to bat for passengers who have either been bumped from their flights unwillingly (US) or bumped or delayed (Europe). All you have to do is go to their site, put in your flight info, and find out if you qualify for their help — and potentially qualify for some serious cash.

For example, according to AirHelp’s website, the common practice that airlines have of overbooking flights is actually illegal in the United States. Well, to clarify, it’s illegal to bump anyone from a flight against their will. While some airlines offer travel vouchers as compensation, plenty of others basically tell their customer that they’re shit out of luck. AirHelp helps those customers get the money that they’re owed (which can be as high as $1,300), and they only ask for a 25% compensation fee for their help. However, if you don’t make any money, they don’t make money either.

And if you’re in Europe? The rules are even stricter, creating more opportunities for travelers to make some money on what was previously just an annoying inconvenience. Let AirHelp guide the way.

Did you know you could be making $$ on that delayed flight?? @theairhelper has your back. #travelsmart